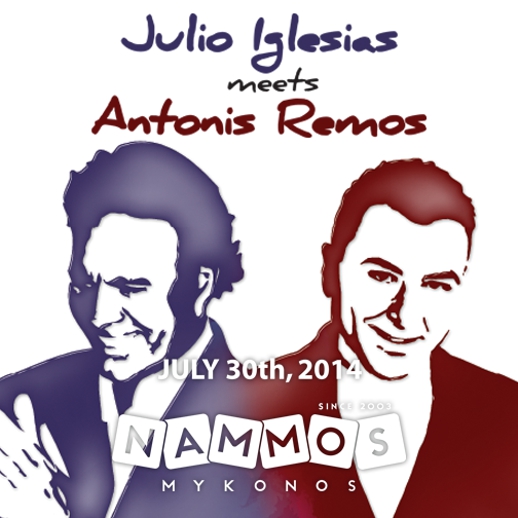 Other events at Nammos

The Iglesias & Remos concert is just one of four major entertainment events that Nammos is hosting at Psarou beach during the next three weeks.

On the evening of Saturday August 9, Egyptian music star Amr Diab, the “Father of Mediterranean Music,” will appear in concert.

And from 3 to 10 p.m. on Sunday August 17, Nammos will hold its TeaDance Mykonos beach party with feature sets by DJs H.O.S.H. and Freespirit.

Singer Amr Diab will appear in concert on August 9

Upcoming events at other Mykonos venues

The hot place to party tonight is the Kiku Japanese restaurant at the posh Cavo Tagoo 5-star hotel in Mykonos Town, where three DJs — Anastasis Tsirikos, Ninefold  and Clubkid — will be spinning for the Asian Moustache Party.

Also on Sunday night, the new ODE Mykonos nightclub in the Tria Pigadia area of Mykonos Town is hosting an After Party with a special set by MadeofSounds and warm-ups by John Kitsopoulos and Mixed H.

Looking ahead, Semeli Bar on the Little Venice seafront of Mykonos Town will celebrate its 10th anniversary on August 1 with a 10 Years Party featuring noted DJ/musician Quentin Harris. 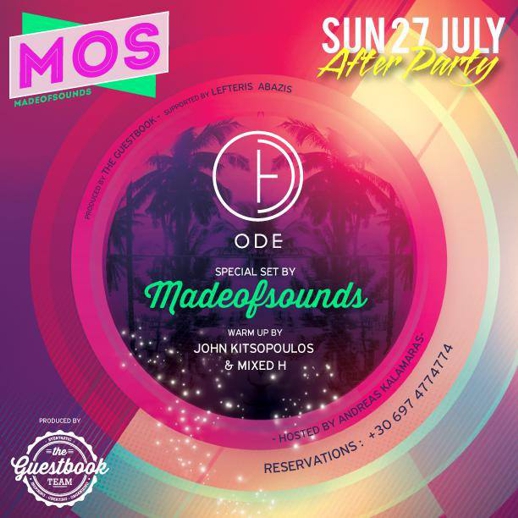 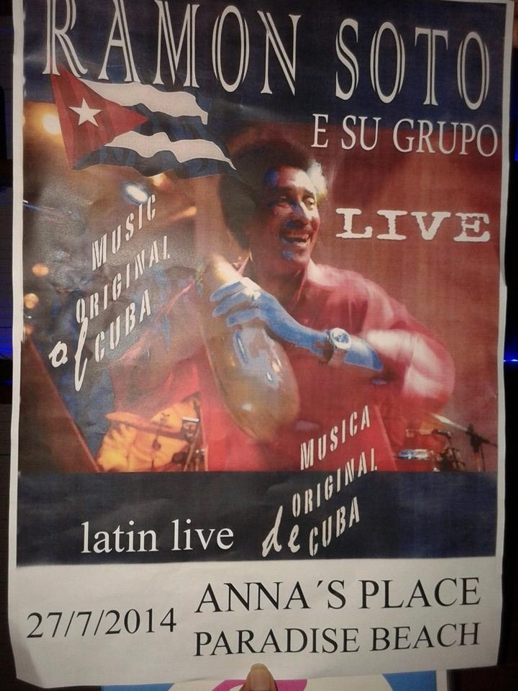 2014 Greek holiday report Part 5: A coastal walk and an evening in town for our last day on Naxos