With the arrival of autumn, the Greek Islands have moved into shoulder season  — and even on busy Mykonos, the atmosphere has become much quieter, with a noticeably more chill and relaxed vibe than the frenetic and crowded party months of July and August.

As happens every September, clubs and restaurants gradually begin to close as the tourist crowds slowly thin out. The pace of closures picks up in early October and accelerates by mid-month. Sometimes businesses provide advance notice of their season finale parties or closing dates but, more often, venues shutter their doors with little or no prior announcement.

Below is a listing of popular beach clubs, nightclubs and restaurants that have already wrapped up their operations or that have announced their season-ending party celebrations.

On page 3 of this post, you can see our at-a-glance roundup of regular DJ shows, parties and live music events that took place on Mykonos this summer on each day of the week, along with some of the summer event calendars for major clubs including Alemagou, Cavo Paradiso, Ftelia Pacha, Sanctus, SantAnna, Super Paradise, The Sanctuary, Tropicana and Void. They will give you an idea of the events you might expect to find if you happen to visit Mykonos during 2023.

For listings of special one-time-only DJ or singer appearances, parties and other events, see our separate posts:

♦ Mykonos bar and nightclub openings and events in 2022

♦ Mykonos beach bar and club openings and events in 2022. 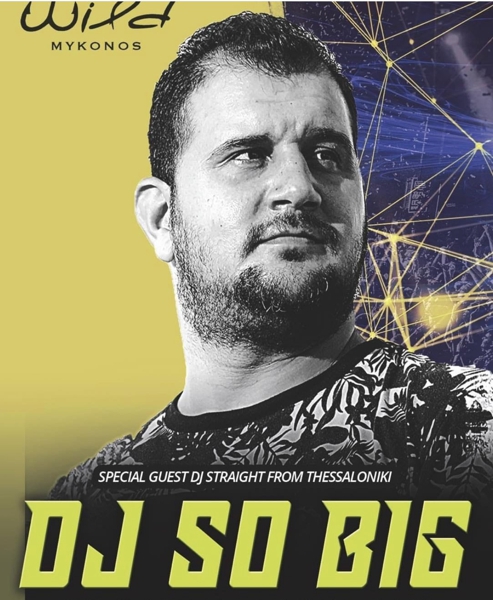 On Saturday December 12, Obati will present live music entertainment by Valadis along with Maria Karlaki 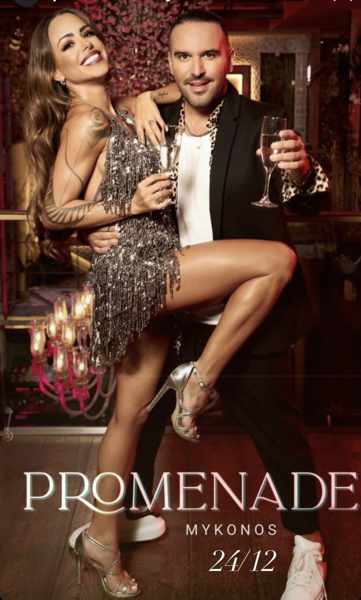 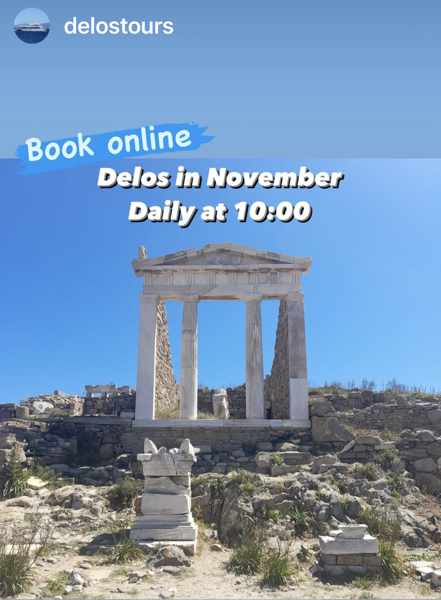 It’s not a party place, but people visiting Mykonos during November will still be able to visit historic Delos island — one of the most important and impressive archaeological sites in the Greek Islands. The company that operates the Delos ferry service from Mykonos, Delos Tours, has announced it will offer a 10 a.m. excursion to Delos every day of November (weather permitting). 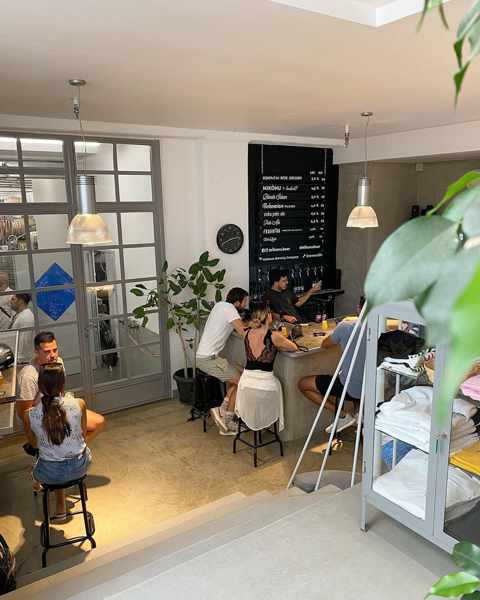 The Mykonos Brewing Company taproom is open during November, from 11:00-17:00 Monday through Friday, offering off-season visitors the opportunity to sample the island’s locally-crafted Mikonu beer 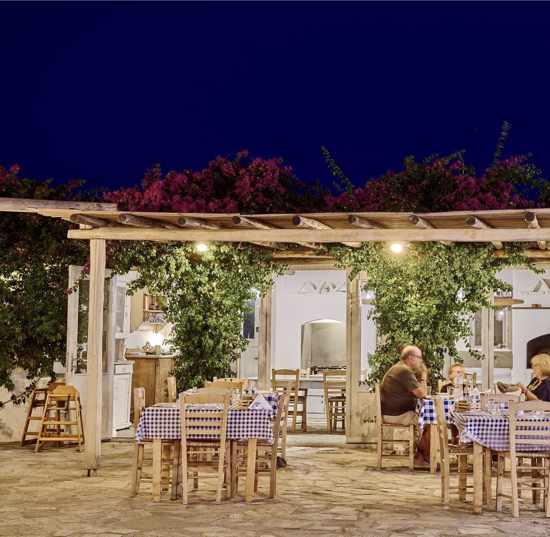 Rizes Folklore Farmstead has announced that its restaurant will be open Saturdays and Sundays, from noon until 9 p.m., for  the winter season 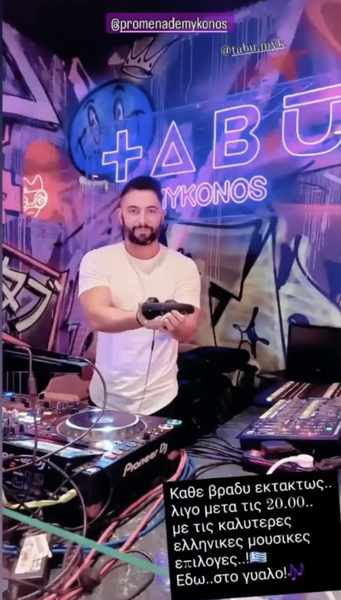 This fall, DJ Thanos Desypris will be playing “mainstream vibes” every night after 8 p.m. at Promenade 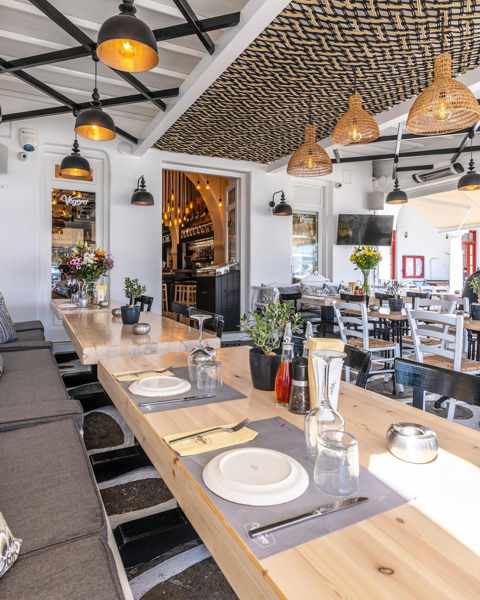 Beginning November 14, the Vegera Mykonos bar will be open only on Friday and Saturday nights from 9 p.m.  for drinks, music and dancing. Food won’t be available — the Vegera restaurant kitchen will be closed for the winter. 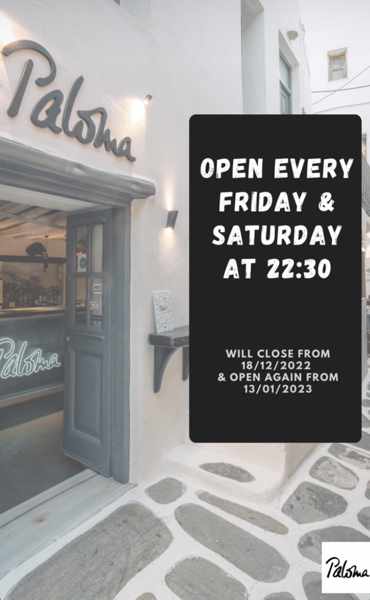 Paloma Bar will be open for Friday and Saturday night parties until December 18. After a Christmas and holiday break, the bar will re-open on January 13 2023. 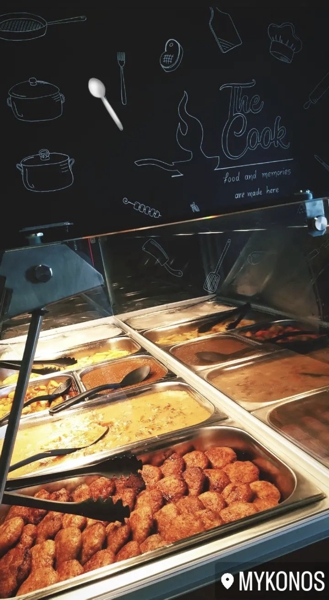 The Cook in Ano Mera will be taking a holiday break starting on December 16. The restaurant will re-open on January 16. 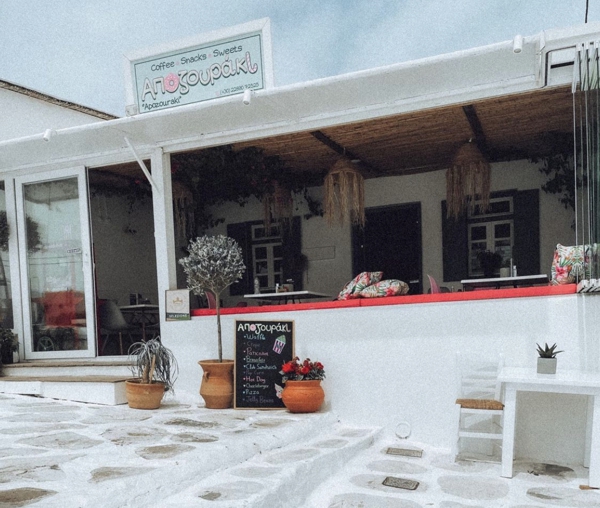 Sunday December 4 is season closing day for Apozouraki cafe in Ano Mera. The cafe says it will reopen in the new year “with many changes and many new surprises.” 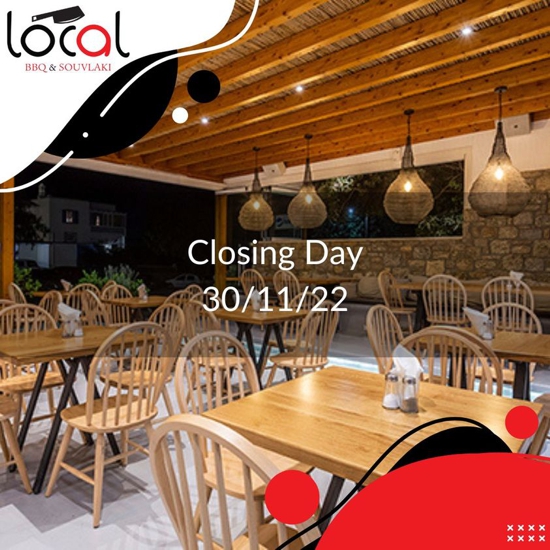 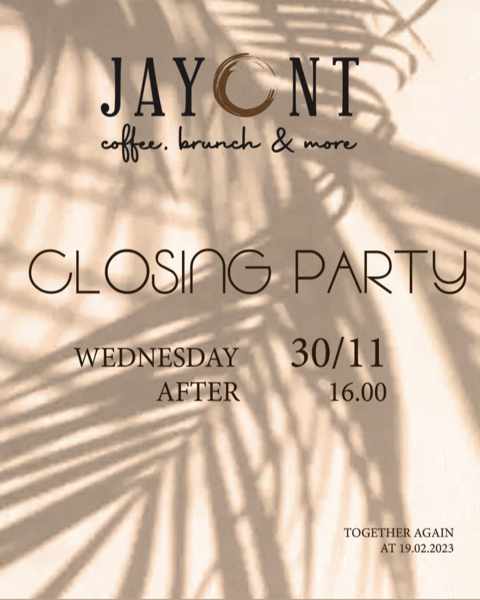 Jayont Coffee Brunch & More in Ano Mera will celebrate the end of its first season with a closing party on Wednesday November 30. It won’t be closed for too long, though — Jayont says it plans to reopen on February 19 for the 2023 season. 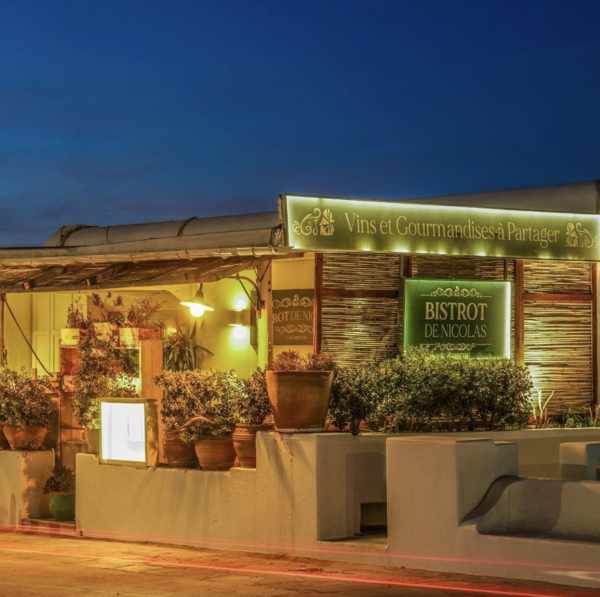 Bistrot de Nicolas is serving its winter menu until November 26, when it will be closing for an extended break.  Until the 26th, the restaurant will be open Tuesday through Saturday nights, from 6 p.m. until midnight. 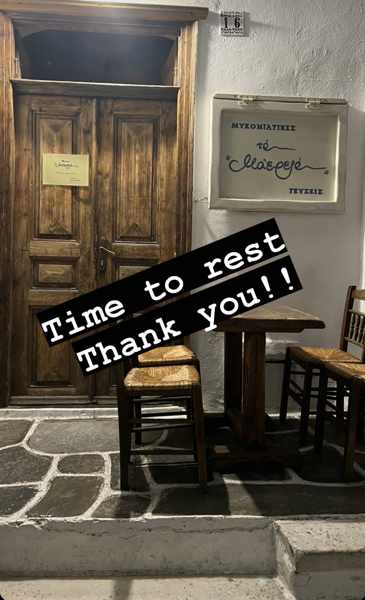 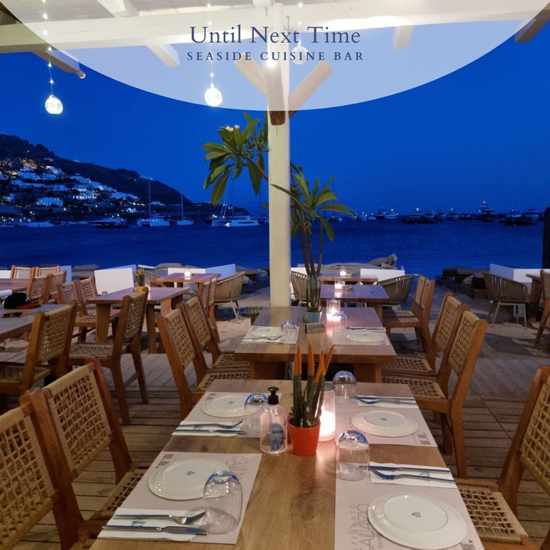 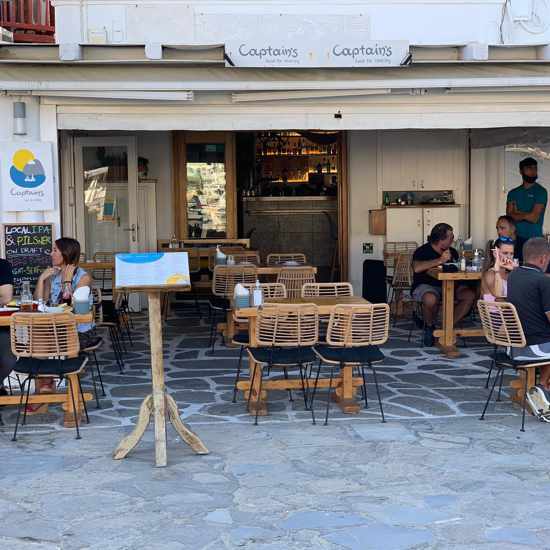 Captain’s — Food for Sharing mezedopoleio opened for the final time this season on Sunday November 6. “The good times are taking a break. We’ll be back in early 2023,” the restaurant said in a season-closing post on its social media pages. 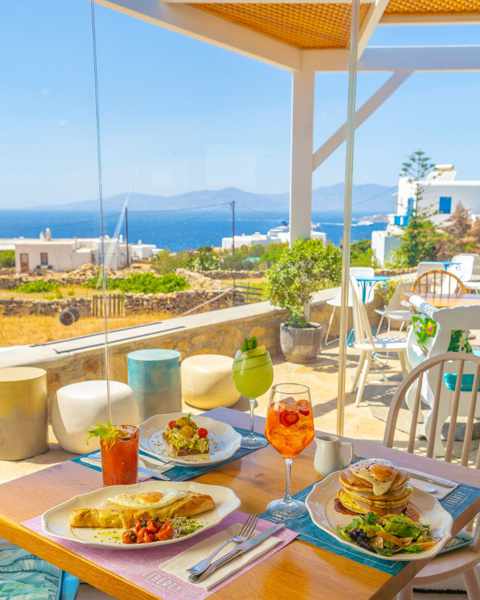 The Liberty Breakfast Room ended its season on November 6 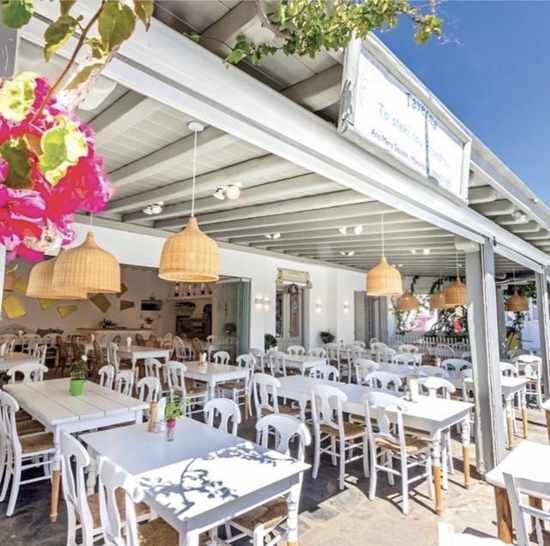 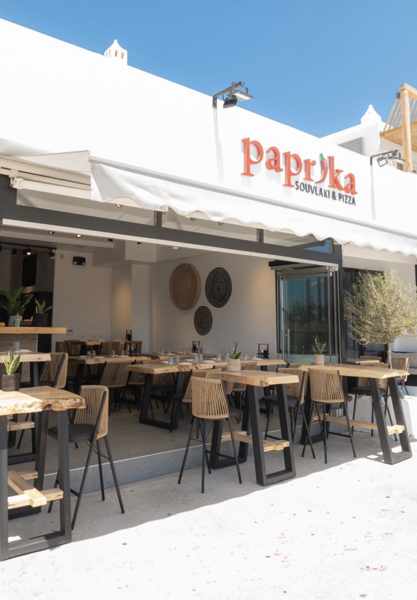 November 6 is closing day for the Paprika Souvlaki & Pizza restaurant in Drafaki. The Paprika store in Ano Mera will remain open a few days longer. 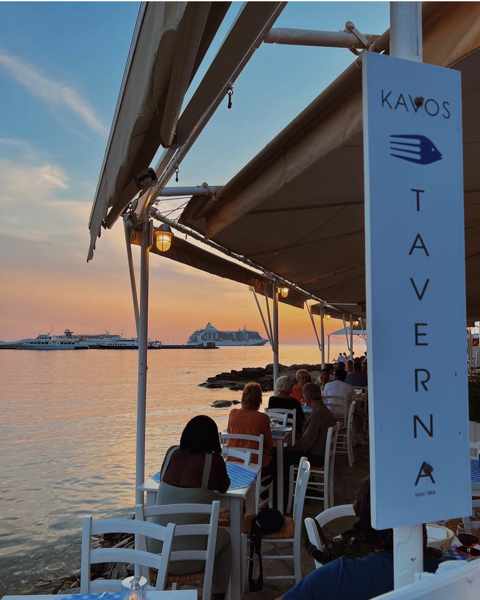 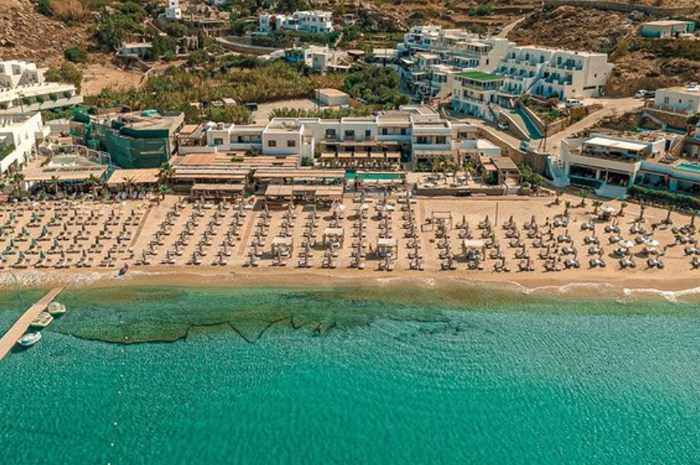 On November 1, Branco Mykonos Beach Resort announced the end of its season 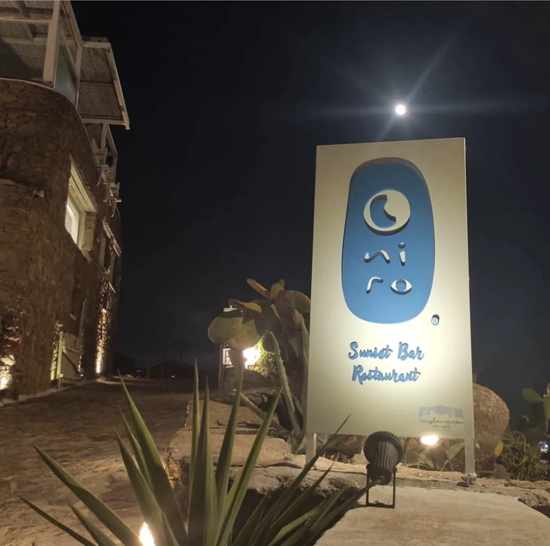 On November 1, Oniro Sunset Bar & Restaurant at the Mykonos View Hotel announced the end of its season 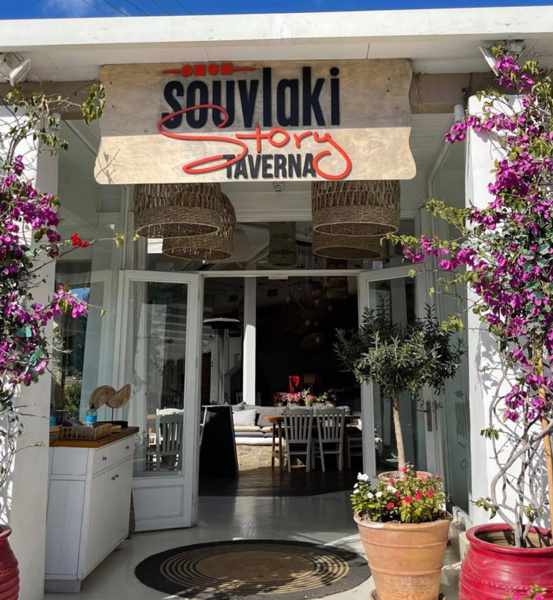 On November 1, Souvlaki Story Taverna in Argyraina announced it has closed for the winter. However, the Souvlaki Story location on Enoplon Dinameon Street will remain open a little while longer. 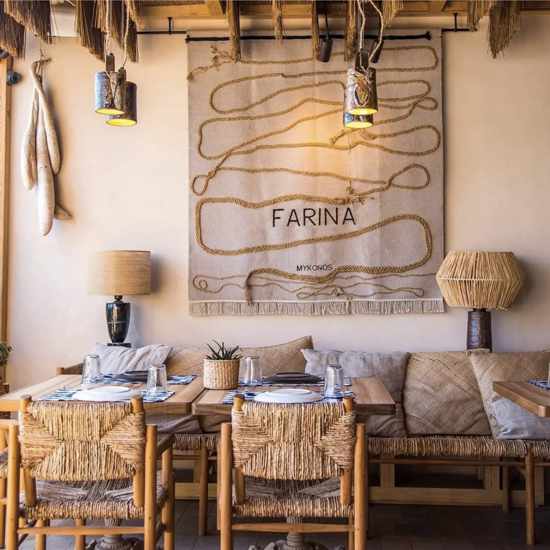 On October 31, Farina Cucina Italiana at Ornos announced that its 2022 season has ended 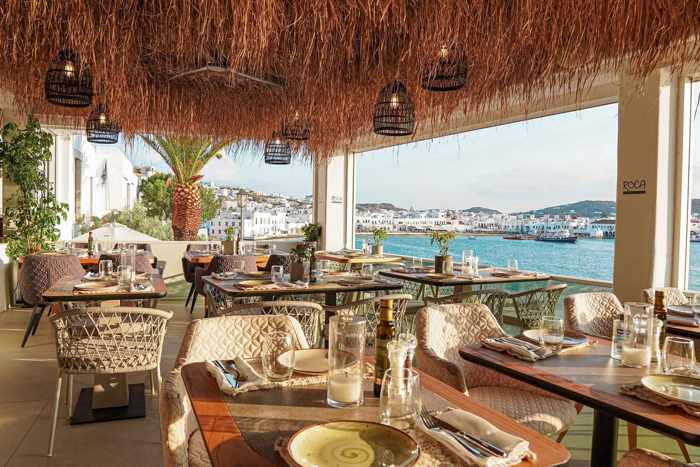 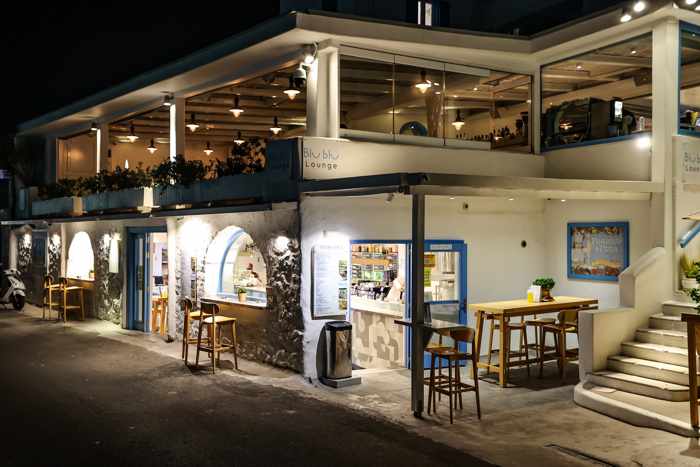 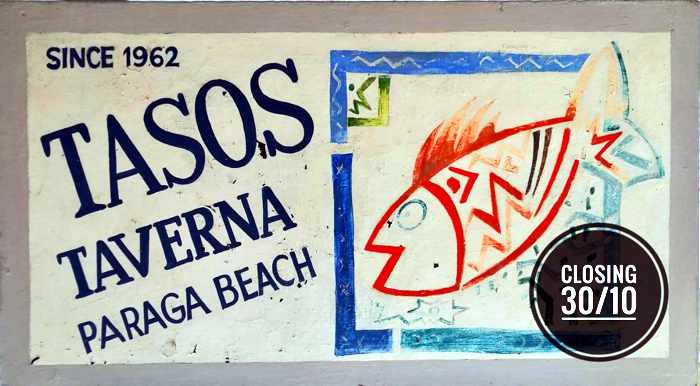 To see more venue closing dates, please click on the link below to turn to page 2.

Mykonos activities, tours & other things to do 2022