Keep an eye on this post to find out when your favourite Mykonos bars, beach clubs, nightclubs and restaurants will open for the 2021 tourist season. This listing will be updated regularly. 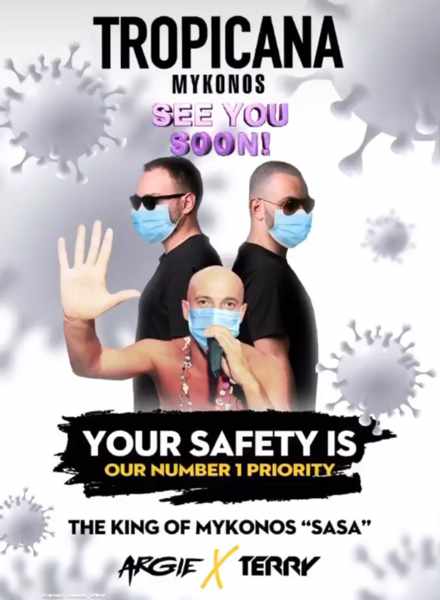 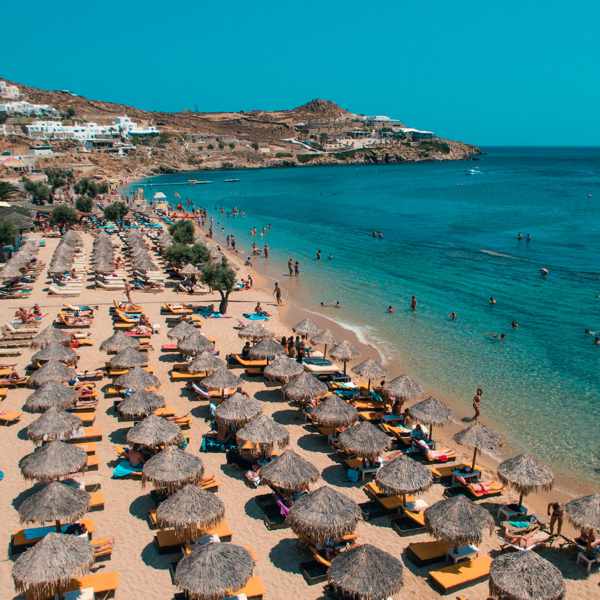 Seaside at Paradise, the most famous party beach on Mykonos. The image shows sunbeds for world-famous Paradise Beach Club  and its next-door neighbour, Tropicana.  Both venues are preparing for the 2021 summer tourist season and should be announcing their opening dates soon. (Photo by Paradise Club.) 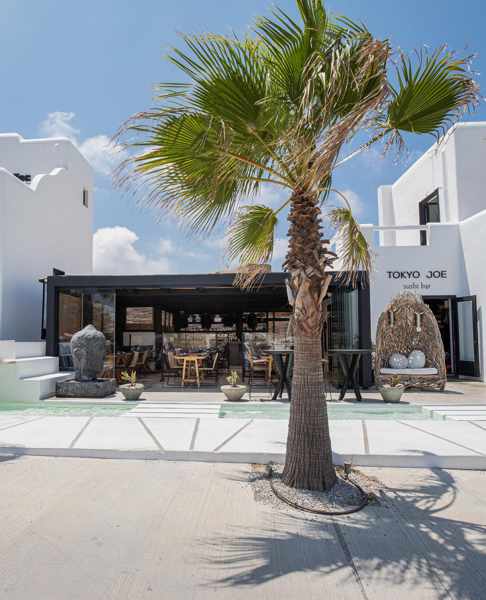 180 Sunset Bar is not only the top sunset-viewing cocktail lounge on Mykonos, it’s also one of the most Instagramable places on the entire island.  It is scheduled to open on Thursday April 22. 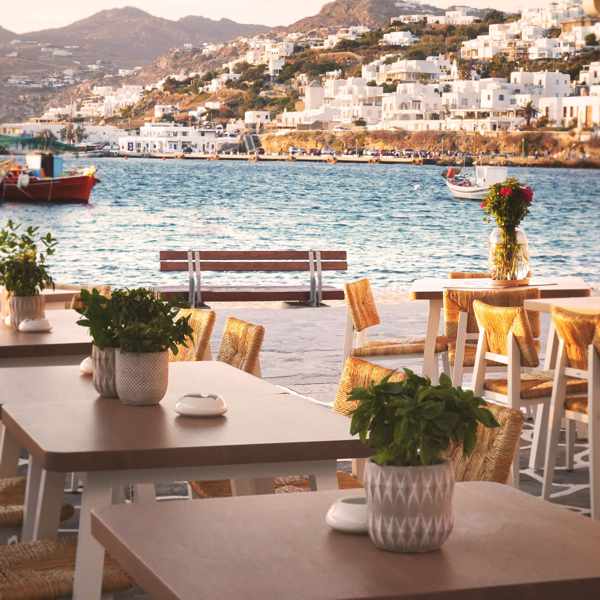 Tables on the patio at Bouboulo restaurant on the Gialos harbourside promenade in Mykonos Town.  A new arrival on the island in 2020, Bouboulo serves fine Myconian and Mediterranean cuisine. It anticipates a late April launch for its 2021 season.

Pinky Beach, seen in an aerial photo from its website, has planned a Sunday May 16 re-opening for its restaurant, bar and sunbeds at Agia Anna/Paraga beach 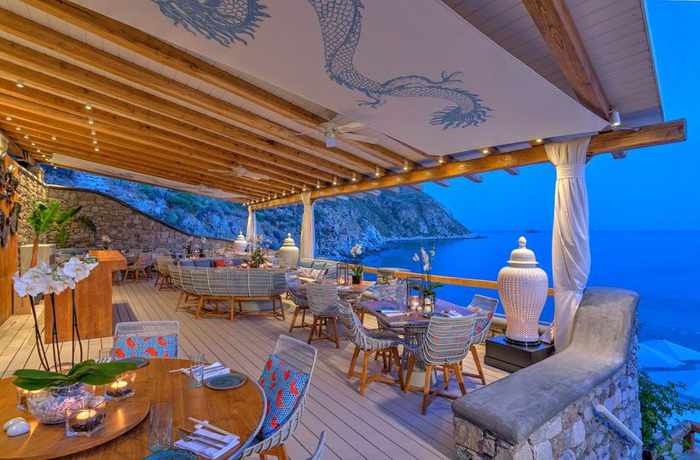 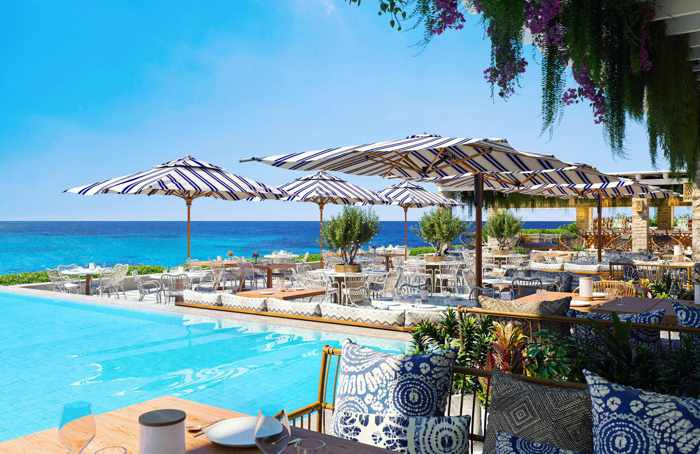 Thursday May 28 is the anticipated opening date for Mykonos Social, the newest project of Michelin-starred restaurateur Jason Atherton. Situated in the Santa Marina Mykonos luxury resort at Ornos, Mykonos Social will offer a Mediterranean and Greek cuisine menu created by Atherton and overseen by executive chef Kostas Papathanasiou. 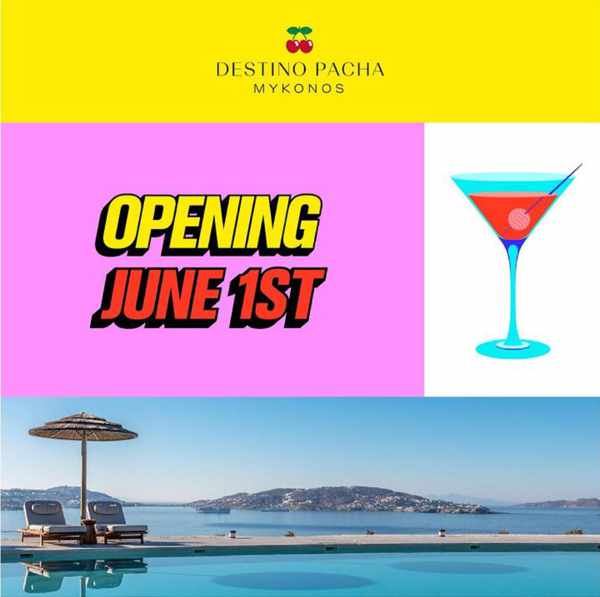 The 5-star Destino Pacha Mykonos luxury hotel is scheduled to open Tuesday June 1 on a clifftop overlooking Agios Stefanos beach (in the premises previously operated as Oniro Mykonos — A  Shanti Collection Resort).  Like its “sister” hotel in Ibiza, the Destino Pacha Mykonos promises “the ultimate adult playground where life is celebrated from sunrise to sunset and beyond.”

SantAnna beach club is getting set for summer 2021, also, but hasn’t yet announced an official opening date