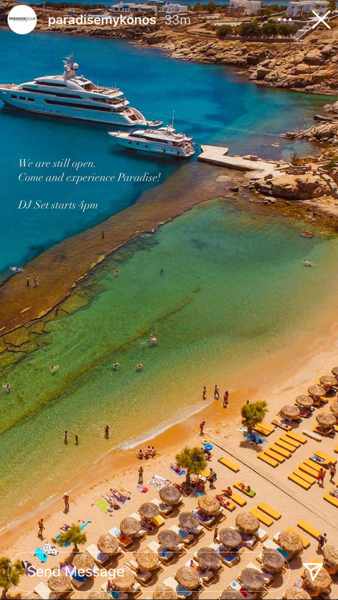 Paradise Beach Club posted this image on its Instagram on Sunday October 17 to remind Mykonos visitors that it is still open, with a DJ playing sets beginning at 4 p.m. daily 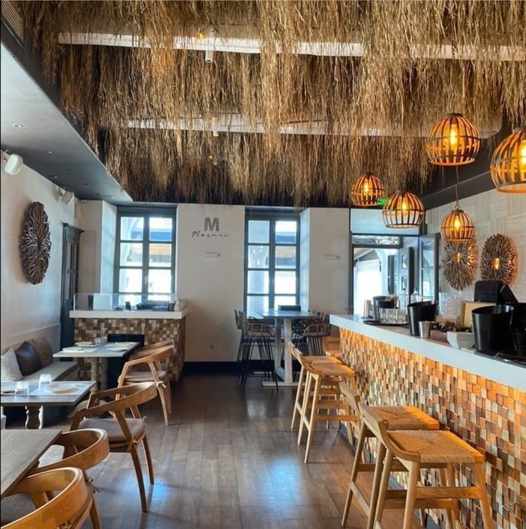 Though the summer tourist season is rapidly winding down on Mykonos, Mosaic MSC restaurant at Manto Square in Mykonos Town is gearing up for the grand opening of its winter season on Friday October 15 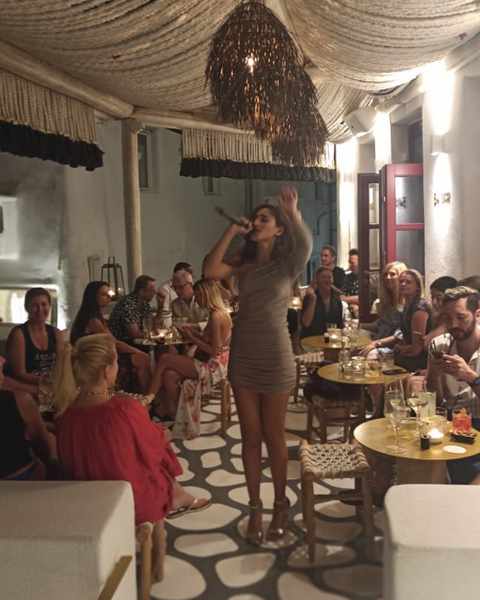 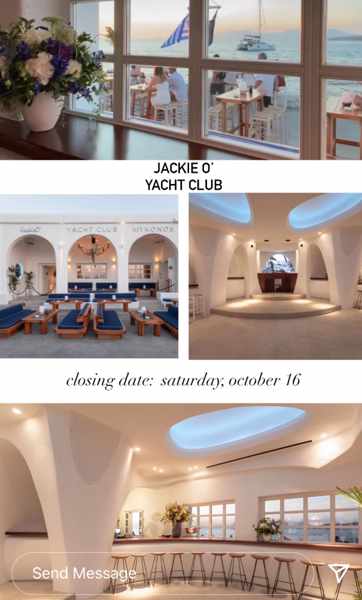 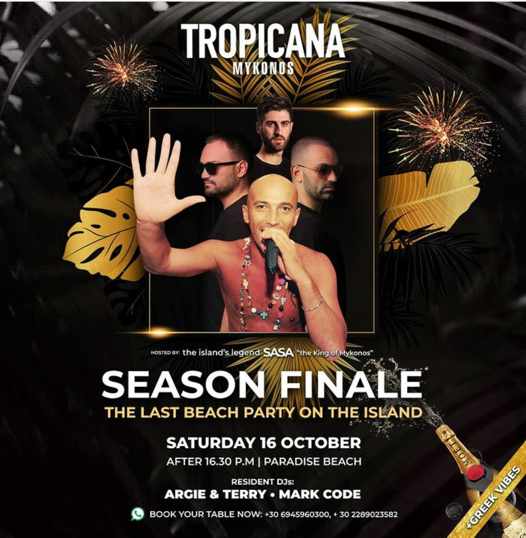 On Saturday October 16, Mykonos Art Festival presents a free screening of the film “The Circle of Vain Acts,” at the Grypario Cultural Center. 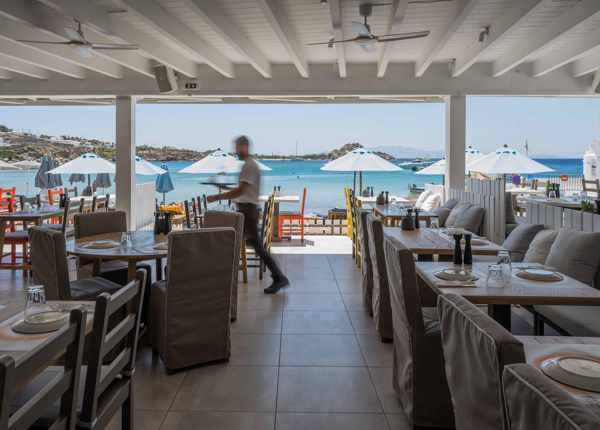 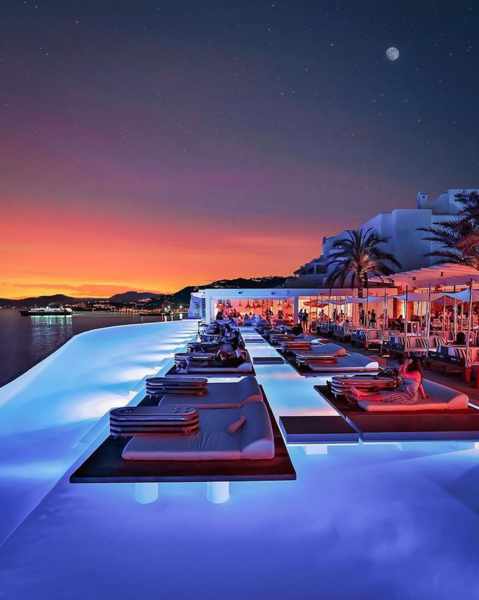 October 17 is season closing day for Zuma restaurant, bar and lounge at the Cavo Tagoo Hotel 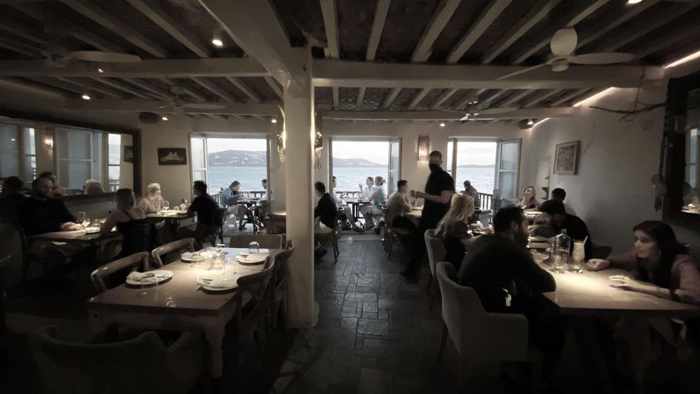 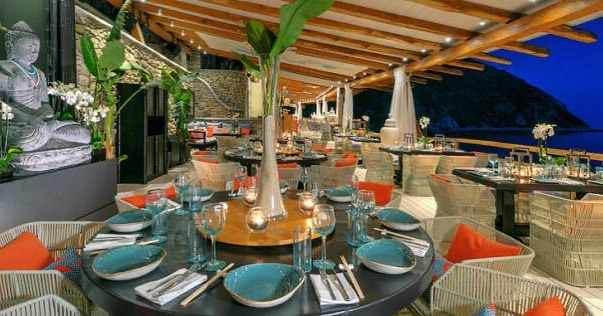 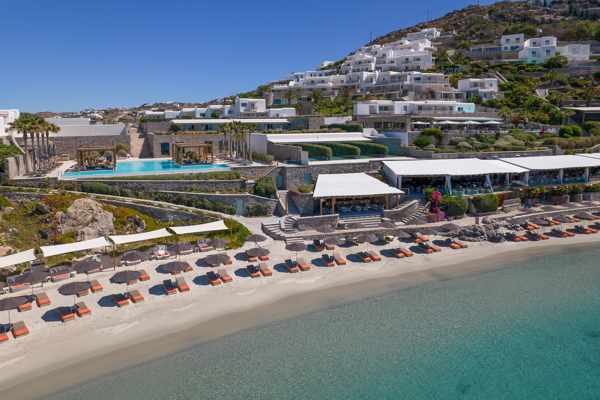 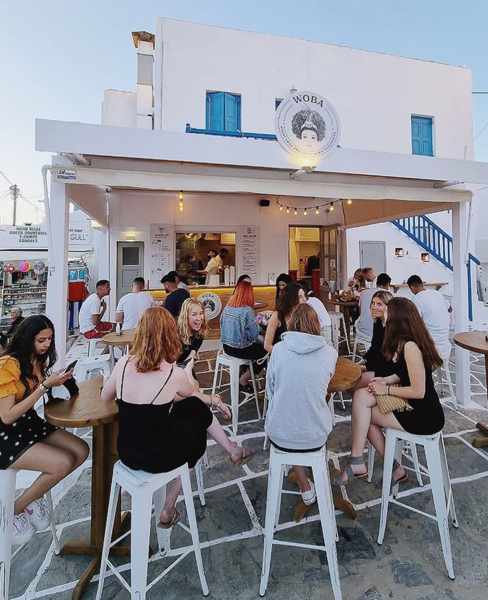 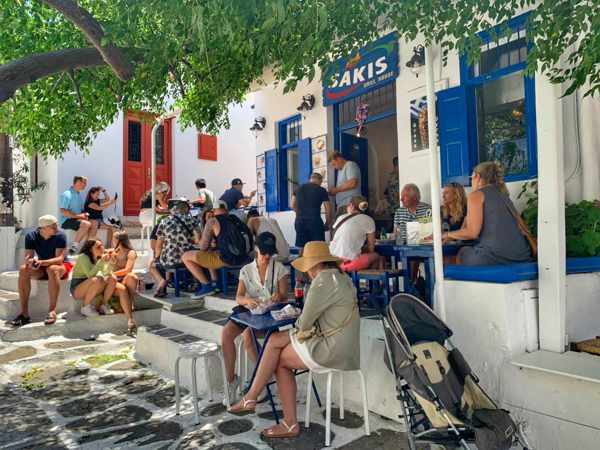 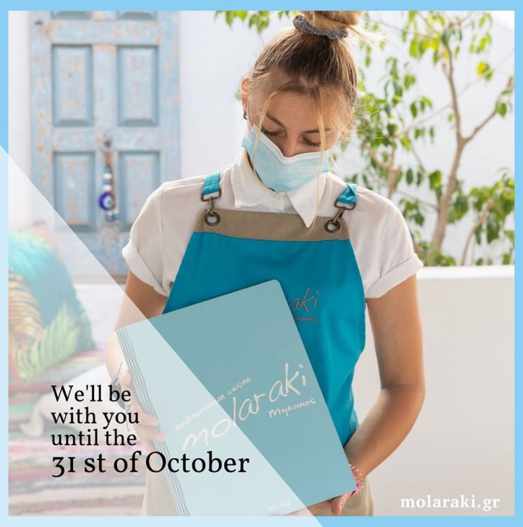 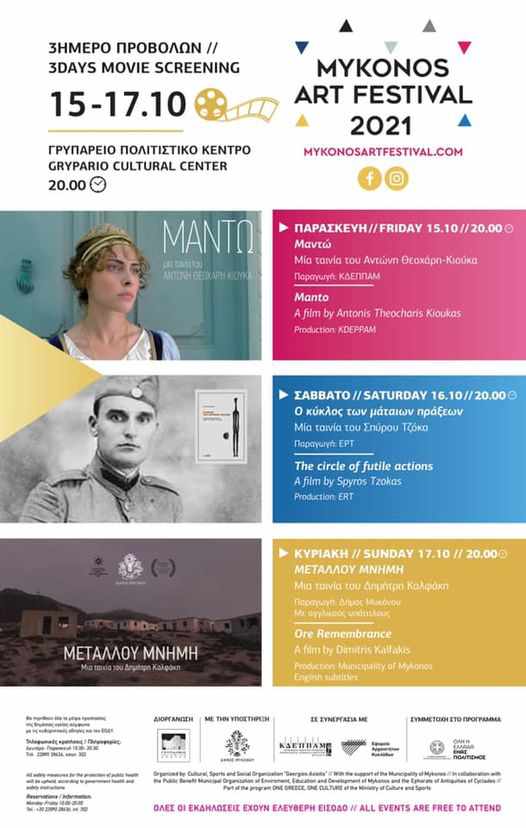 On the weekend of October 15 to 17, Mykonos Art Festival presents three film screenings at the Grypario Cultural Center. On Friday October 15, the festival will present the Antonis Theocharis Koukas film “Manto”; on Saturday October 16 it will screen the Spyros Tzoka film “The circle of futile actions,” and on Sunday October 17 it will present the Dimitris Kallakis film “Ore Remembrance,” a documentary about Mykonos’ mining industry. All of the film presentations are free to attend. 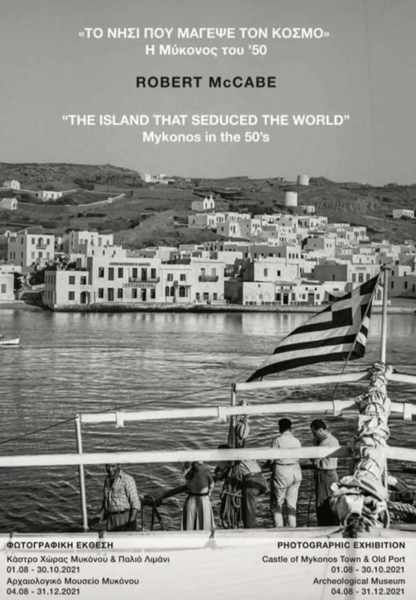 “The Island that seduced the world — Mykonos in the 50s” is an exhibition of images by noted American photographer Robert McCabe, who first visited Greece in the 1950s and captured portraits of local residents and scenery on subsequent multiple trips to the island and elsewhere in the Aegean.  Exhibits of McCabe’s fascinating photos are on display in two places: from August 1 to October 31 at the archaeological site in the Mykonos Kastro (next to the iconic Paraportiani Church), and from August 4 to December 31 at the Mykonos Archaeological Museum above the Old Port.

What’s on: Wondering what’s happening on Mykonos during August, September and October?

Parties and other events taking place today are displayed above.

Events being held tomorrow and on other days during October are shown on page 2 of this post. That page also includes a day-by-day list of events that have already taken place during August, September and October, in case you’re interested in seeing what you may have missed.

Since the travel season winds down in Mykonos during October, check back for closing party announcements — bars, clubs and beach clubs often provide only short notice of their season closings.