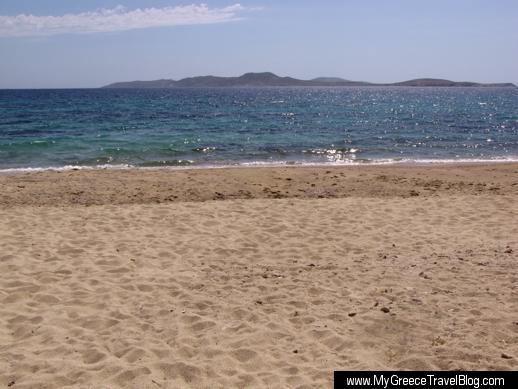 The view toward Delos and Rinia islands from a soft sand area near the middle of Agios Ioannis beach.  The beach surface varies from hard-packed smooth sand, to soft golden sand, to tiny pebbles and small stones mixed with sand.

Unlike most beaches on Mykonos, Agios Ioannis actually consists of two distinct beach segments, thanks to a rocky slope that juts into the sea beneath the 5-star Mykonos Grand Hotel & Resort. This hill naturally divides the seashore into two separate beach areas — the main one to the north, and a shorter, narrower stretch to the south, below the Saint John Mykonos Resort, another premium 5-star hotel.

Both resorts have lounge chairs and umbrellas on the shores below their respective properties, for the exclusive use of their registered guests, but the beaches themselves are public spaces and anyone can stroll or spread a towel on the sand if they like. Just take care while climbing up and down the hill if you decide to check out the smaller beach below the Saint John Resort — it’s easy to slip on the sand and rocks.

Since so many people have been seeking information about the Shirley Valentine beach, I’m republishing some of my photos and videos here. Below are several photos I shot during my last two visits to Agios Ioannis, in May of 2011 and 2012, followed by links to my Agios Ioannis Flickr albums, two of my videoclips, as well as two Shirley Valentine movie trailers.

You can also read more about the Shirley Valentine beach in my July 7 2011 post. 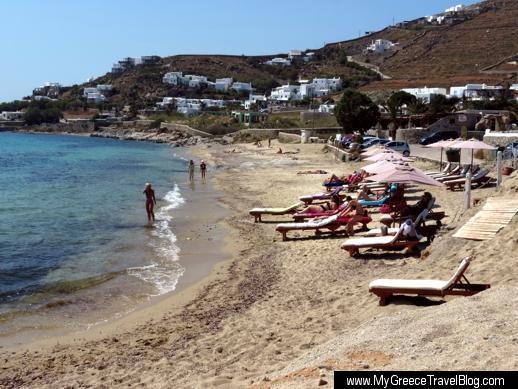 A view of the main (north) beach strip that most visitors see. It’s at the bottom of the beach access road, and has a small vehicle parking area right behind it. 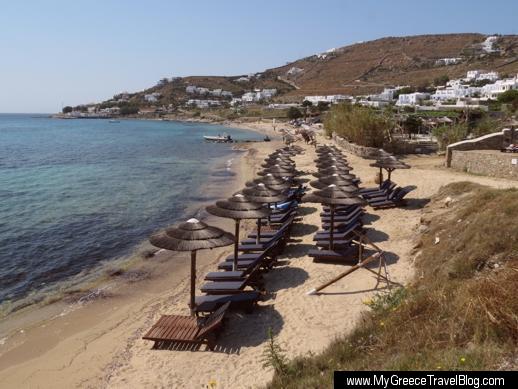 Another view of the main section of the Shirley Valentine beach, as seen from the hill that divides the shoreline into two different segments. The lounge chairs and umbrellas in the foreground are reserved for guests of the Mykonos Grand hotel. 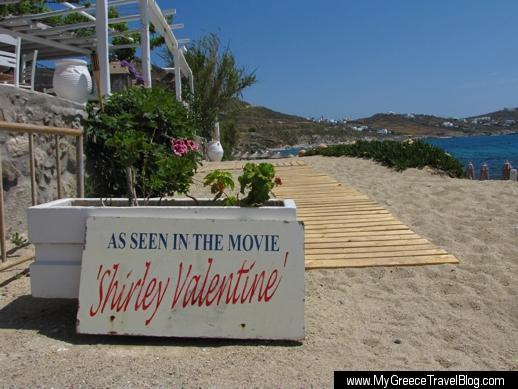 The beach taverna that starred in the Shirley Valentine movie is still there — but it has been transformed into Hippie Fish, a trendy, upscale restaurant with a sushi bar. This sign near the Hippie Fish entrance lets visitors know they’ve found the original movie filming location. This page on the restaurant website provides photos and information about the movie. 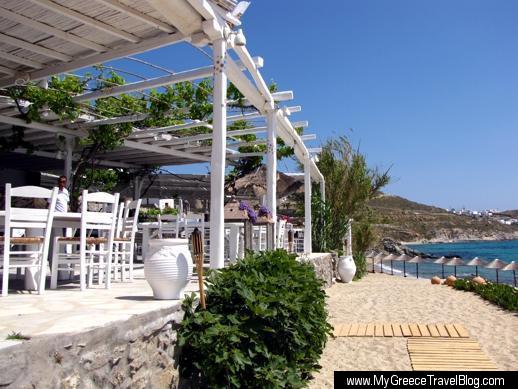 Hippie Fish has a huge, open-air terrace offering views of the beach, bay and beyond. Besides sushi, the restaurant serves Greek cuisine, as did the traditional taverna that occupied the space when Shirley Valentine was filmed here, but I don’t think you’ll find chips and eggs on the menu. 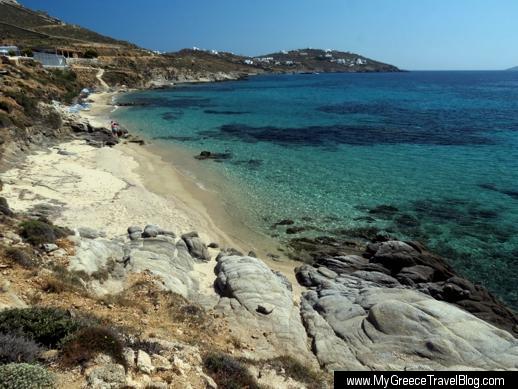 A view of the narrower, southern stretch of Agios Ioannis beach, below the Saint John Mykonos luxury resort. I shot this pic from atop the rocky point that divides the shoreline in half. 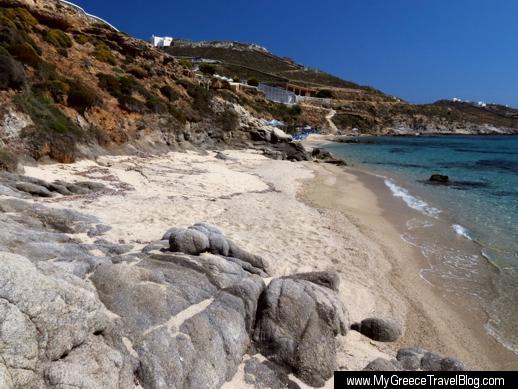 If you feel the urge to talk to a rock, you’ll find that the ones on the beach below the Saint John resort are the best listeners. 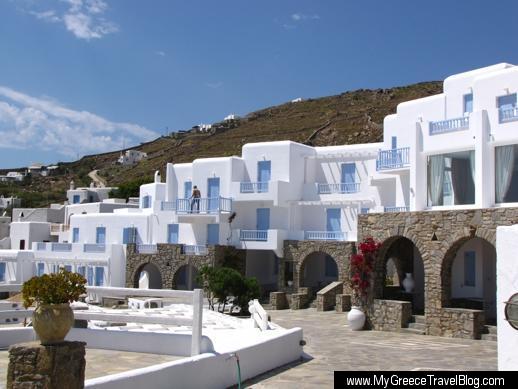 Manoulas Mykonos Beach Resort, partway up the hill behind Agios Ioannis beach, is where some of the scenes from Shirley Valentine were filmed

A trailer for the 1989 Shirley Valentine film, starring Pauline Collins

From YouTube, more scenes from the Shirley Valentine movie