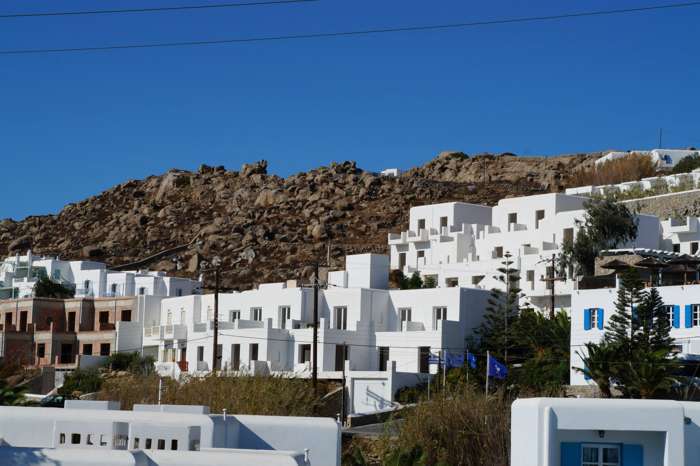 This photo, from The George Hotel’s Facebook page, shows the Platis Gialos hillside location of the soon-to-open accommodations

Hillside hotel: Mykonos-bound travellers will have more accommodation choices at Platis Gialos once a brand-new hotel, The George, opens for the 2015 summer season on May 1.

The George Hotel only has a presence on Facebook so far, where it has billed itself as a 4-star property and posted several photos showing the hotel exterior, a sample room interior, and a typical hotel room view. But its website and online booking system should be up and running in early February. [Editor’s update: The website and booking page were operational as of January 29.]

The hotel is built into the side of the rocky hill that stands behind Platis Gialos beach, one of the most popular strands on the island. The George appears to be situated next door to the 5-star Myconian Ambassador Hotel, which just happens to be the first hotel we ever stayed at in Greece. It’s an excellent location: George Hotel guests will enjoy wonderful views of the Platis Gialos area while being just a 5-minute walk from the beach in one direction, and a similar walking distance from the nearest bus stop in the other.

Platis Gialos is one of the best resort areas to stay at on Mykonos, since it offers a good selection of restaurants right on the beach and close by, along with several convenience stores, and is walking distance from four nearby beaches — Psarou, Agia Anna, Paraga and Paradise. Moreover, it takes less than 15 minutes to get to Mykonos Town by regular bus service or by taxi.

The George is affiliated with the Acrogriali Hotel, which is one of several hotels fronting on Platis Gialos beach.

General manager Argyrios G. Theoharis told me The George will have three room types, all of which offer sea views: deluxe double; deluxe triple, and a 2-bedroom family room that can accommodate up to 5 guests. Room rates will be available once the website and online booking system are launched next month.

Below are several photos from The George Hotel Facebook page, where several more room and view pictures can be viewed.

See my August 23 2011 post for photos and information about Platis Gialos beach. 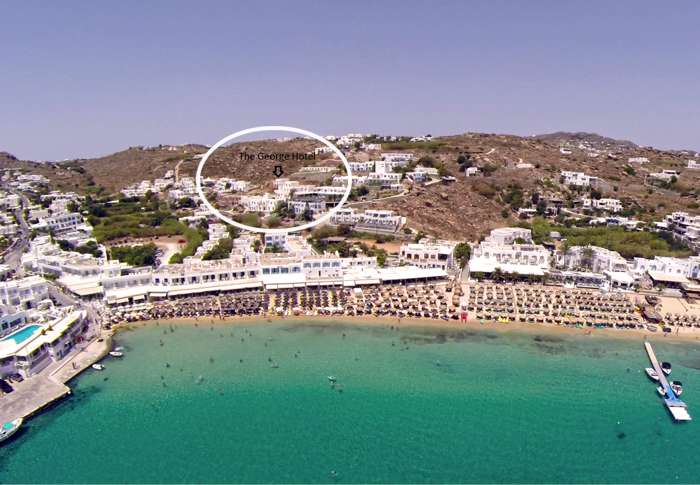 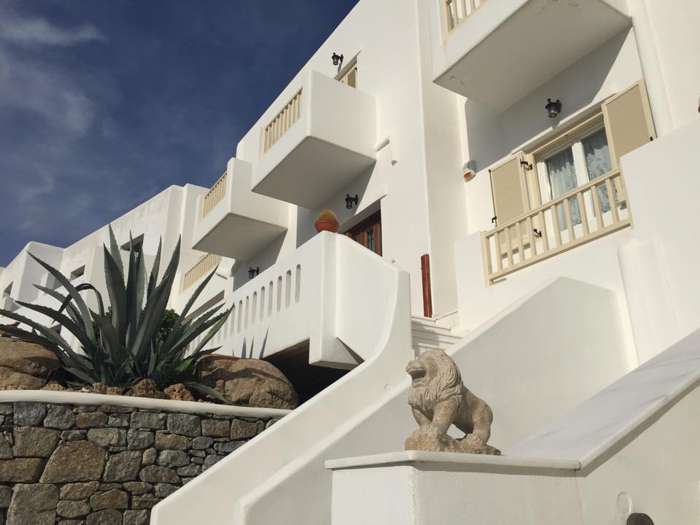 From The George Hotel Facebook page, a view of the hotel exterior 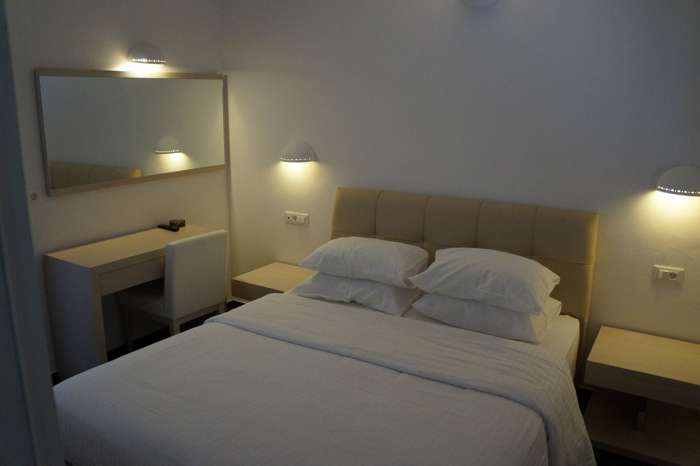 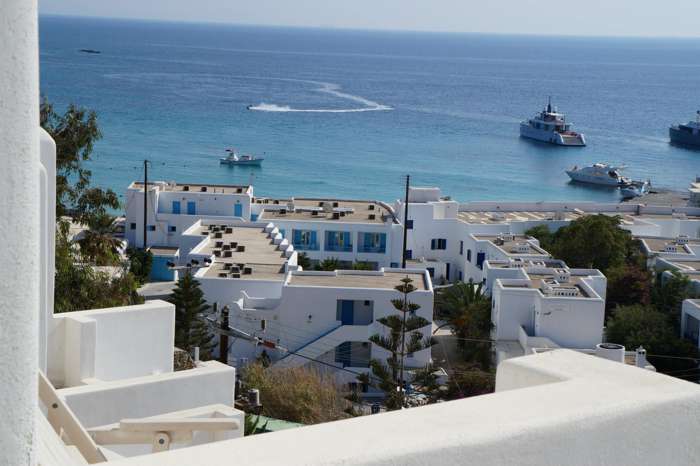 Agency approves SkyGreece bid for licence to fly to Canada

SkyGreece Airlines will launch service to Canada on May 17