This five and a half-minute Skyframe film features aerial views of Skiathos Town and some of the island’s stunning beaches and coastal scenery.

In Skiathos 2015, Alexandre Ingels takes viewers on an 11-minute aerial tour of the island’s lush landscapes and beautiful beaches

Inspiration & souvenirs: Going to Skiathos this summer? If you haven’t been to the island before, take a look at the videos I posted above — they’re bound to make you feel even more eager and excited to get there for your upcoming holiday.

If you’re one of the many lucky people who have already been to Skiathos, even for multiple return visits, the films are certain to evoke many fond memories of the time you spent on the island.

(The videos actually made me quite anxious to see Skiathos even though I’m not able to include it on the itinerary for my own upcoming trip to Greece.)

And while you’re on Skiathos, keep an eye out for the newly-published photo book, Kosmos Skiathos, by Dieter Seidel.  With 120 photos of the island and descriptive text in German, Greek and English, it’s an ideal souvenir that will let you continue enjoying Skiathos long after you return home from your holiday. 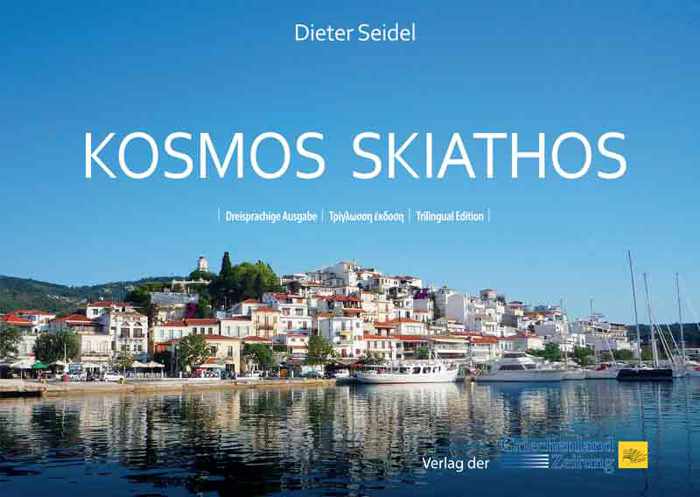 “You can approach Skiathos in three ways: by plane, by boat – and with your heart,” says Seidel, who describes his book as a “confession of love” for the island.

“To me, Skiathos is the island of my dreams, my world. Nowhere have I felt as happy as I do here. I hope that my photographs of this wonderful island attest
to that feeling,” he says.

The 128-page hardcover edition is published by Griechenland Zeitung and can be purchased at various locations on Skiathos and elsewhere in Greece. Look for Kosmos Skiathos at shops that carry the German-language Griechenland Zeitung newspaper and magazine, as well as at newsstands that sell foreign press publications.

Click here to see the Kosmos Skiathos listing from the publisher’s online shop.

Below are images, provided by Griechenland Zeitung, that show the book’s front cover as well as some of its inside pages. 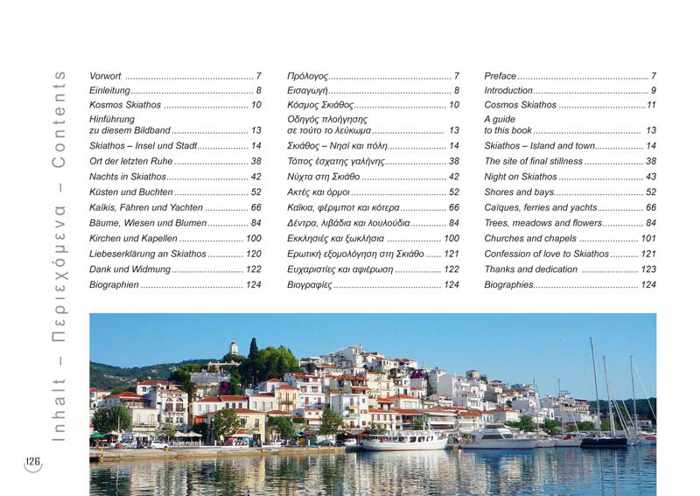 The table of contents page for Kosmos Skiathos

The book features 120 gorgeous photos of the island

Sample pages from the chapter on Skiathos shores and bays

If you’d like to see more videos of Skiathos, check out my February 25 blog post Revisiting summer on Skiathos, and my January 23 post Set your sights on Skiathos! 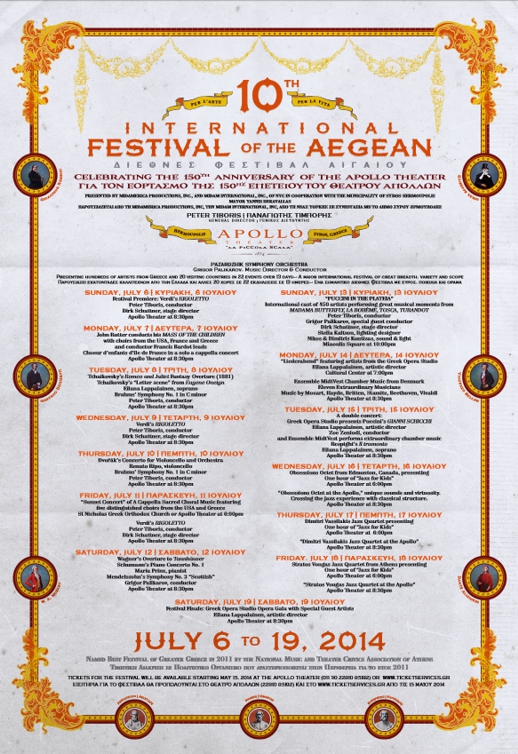 A promotional poster for the 10th Annual International Festival of the Aegean taking place July 6 to 19 in Ermoupoli on Syros island.

Food & culture fests: I love travelling to Greek islands during low season, particularly in the spring, but that means I always miss out on major cultural and gastronomical celebrations that are held only during the summer.

(Cultural events abound in other island groups, too, and of course there are scores of religious festivals throughout the country, many of which take place during the summer. But those are topics I’ll cover in future posts.)

Below is an outline of just a few of the festivities you can check out if you happen to be island hopping in the Cyclades between this weekend and the end of September. You’re in for a big surprise if you thought the Greek islands were only about picturesque villages, beautiful sandy beaches and gorgeous scenery!

Click on the 2 in the link below to continue reading about activities on Antiparos, Santorini, Naxos, Paros, Schinoussa, Syros, Serifos and Mykonos. 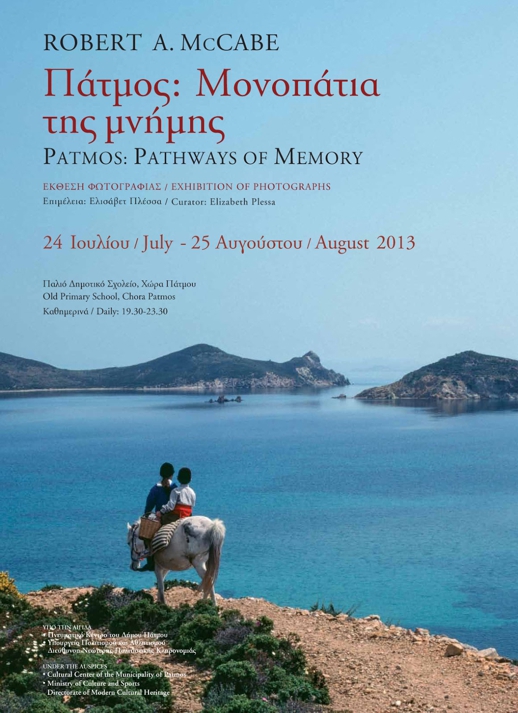 Promotional poster for the Robert McCabe photo exhibition Patmos: Pathways of Memory, hosted at the Old Primary School in Chora until August 25

Now showing: If you happen to be visiting Patmos this month, make a point to drop by the Old Primary School in Chora one evening to see a special exhibition of photos of the island by noted American photographer Robert McCabe.

Patmos: Pathways of Memory is an exhibition of 80 select photos and audiovisual images that McCabe shot on Patmos over the course of three decades.

According to VisitGreece, the official tourism website for the Greece National Tourism Organisation, the show gives visitors an opportunity “to see not only images of the island that have faded away as time passed but also favourite aspects of the Patmian daily life and tradition which continue to stand the test of time. Pictures of landscapes of the past and people who may not exist anymore, come to life again and are treated with respect and discretion through Robert MacCabe’s lens.” 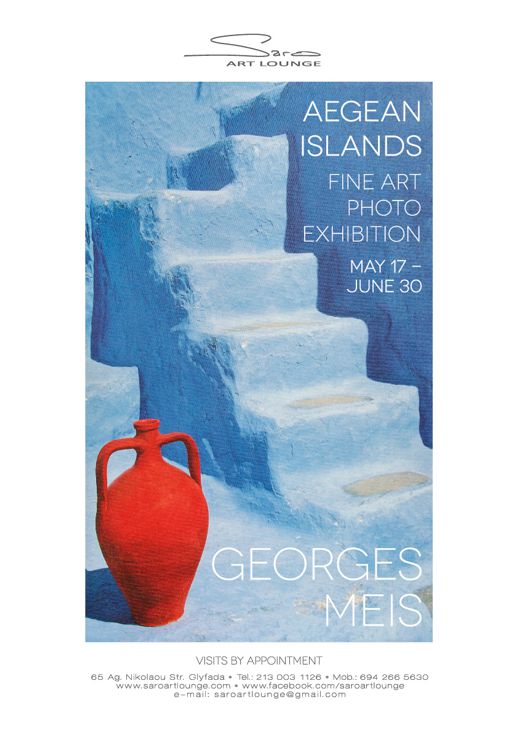 If the name Georges Meis doesn’t sound familiar to you, his work probably will be — his exceptional photos of stunning Greek Island scenery (especially on Santorini and other Cyclades islands) have been reproduced on scores of postcards, calendars and other souvenir items sold throughout Greece.