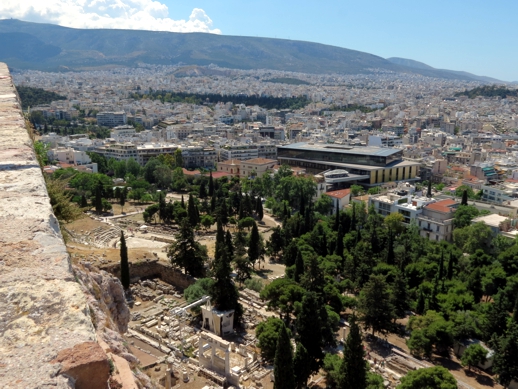 Looking toward the Acropolis Museum from a vantage point on the Acropolis itself. Below is a zoom view of the museum, which turns 5 years old on June 20. I shot the photos on June 1 during a weekend visit to Athens. 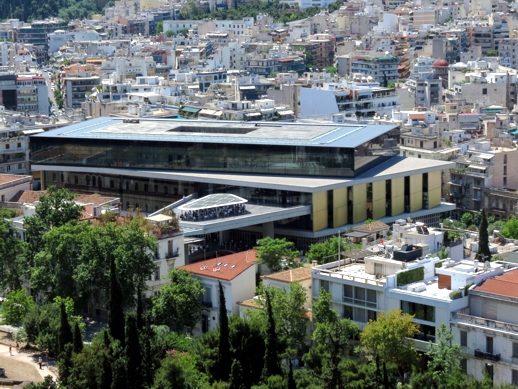 Birthday bargain: If you’re going to be in Athens on June 20, make plans to pay the Acropolis Museum a visit. The beautiful building will mark its fifth anniversary that day, and will be charging a reduced admission fee of only €3 to celebrate the occasion. (That’s two Euros cheaper than the already bargain-priced entrance charge.)

Exhibition areas will be open from 8 a.m. until midnight, so you’ll have plenty of time to drop by and enjoy the museum’s permanent collections as well as its current special exhibition, Archaic Colors.

The museum will be hosting two special events for the big day.  One involves the use of three-dimensional digital image technology to show how copper weapons and bridles would appear on the horsemen on the west frieze of the Parthenon. The second is a 9.30 p.m. concert by musical artist Leon of Athens in the museum’s courtyard entrance.

I described the museum in my March 3 2012 post, Acropolis Museum is a must-see Athens attraction, which includes photos the museum provided of some of the spectacular items in its collection. And in my post Another Acropolis Museum treasure: food earlier this year, I reported that VirtualTourist.com had ranked the Acropolis Museum Restaurant as one of the world’s top 5 museum restaurants.

Below are several more pictures I took of the museum exterior last weekend. (Although photography is permitted in most of its galleries, the Acropolis Museum does not permit media publication of such images, so I didn’t take any shots inside. The wonderful treasures are best viewed in person in any event, so be sure to schedule time to see the museum if you haven’t been there already.) 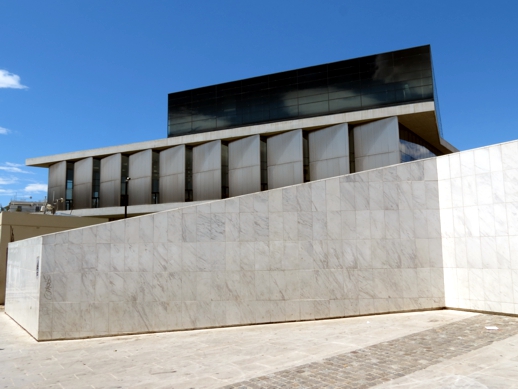 A street view of the museum’s eastern facade 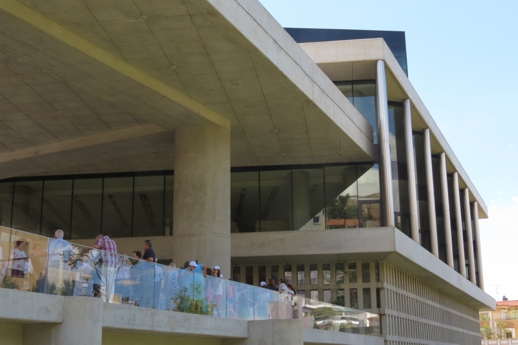 Visitors gather on the museum’s entrance plaza, which overlooks archaeological ruins discovered during construction of the building 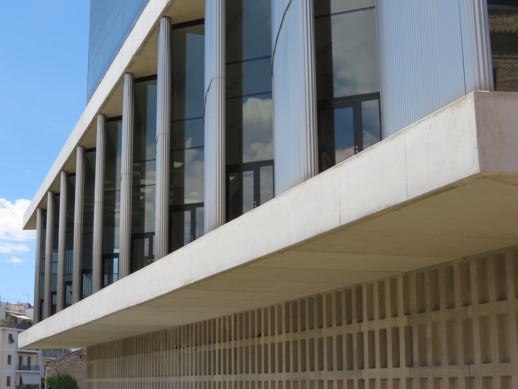 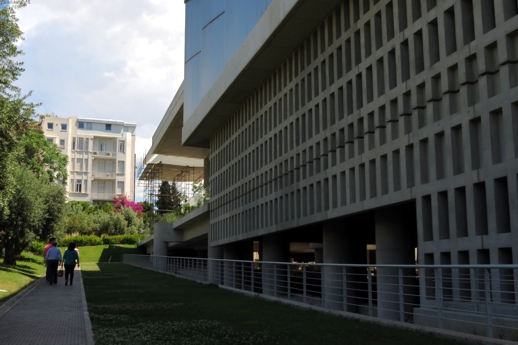 A walkway leading to the museum entrance 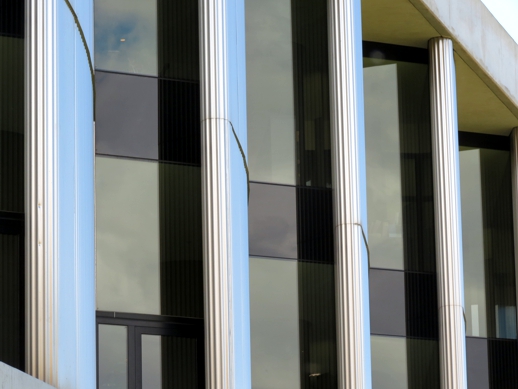 Window and facade details on the museum exterior 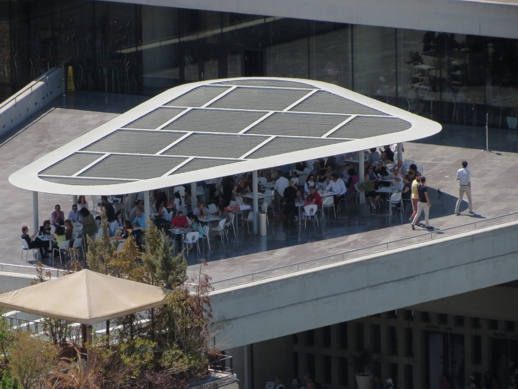 The museum’s rooftop cafe terrace has views of the Acropolis 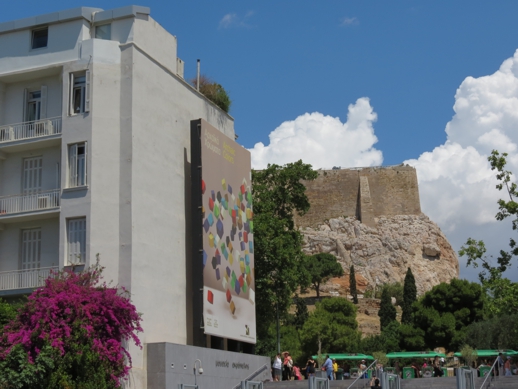 A view of the Acropolis from the museum’s entrance plaza. The large sign on the side of the building at left is a promotional poster for the museum’s Archaic Colors exhibition, running until July 31.

A church in the Naxos countryside