Pic of the day: The mosque at Chania harbour 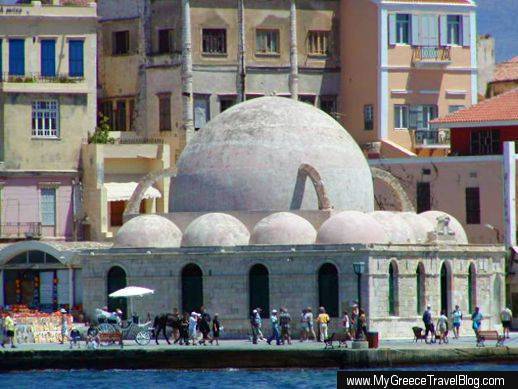 The Turkish mosque Yiali Tzami cuts a distinctive figure at the Venetian harbour in the city of Chania in northwest Crete. The mosque’s great dome is supported by four arches, while six smaller domes accent the top of the square building. There is no minaret — it was demolished in the early 20th Century. According to a post on ExploreCrete.com, “the mosque was a Muslim place of worship until 1923, when the last Muslims left Crete at the exchange of populations between Greece and Turkey.” The building now hosts art exhibitions.