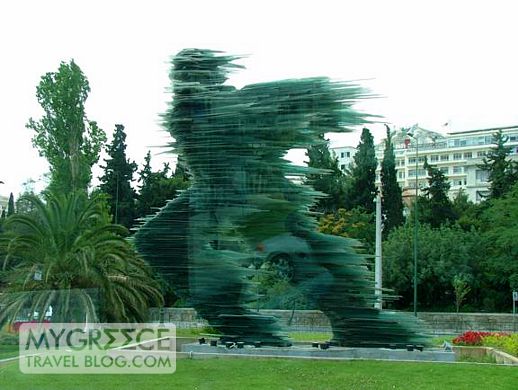 The first time we saw Dromeas was through the windows of a bus bringing us to central Athens from the airport back in 2004. We were suffering major jetlag from our overnight flight to Greece, and were struggling to stay awake as the bus lurched its way through heavy traffic into the bustling city core. We perked up when a tour rep urged us to look out the windows at a “really interesting glass statue” we were approaching. Though we only got a quick passing glimpse as the bus sped by, Dromeas looked impressive, and we were anxious to take a close-up, longer look.

I expected that Dromeas had been carved from giant blocks of glass, so I was surprised — and completely amazed — when I stood a few feet away and saw that he actually was built from thousands of broken pieces and shards of glass stacked into the shape of a runner in full sprint. (Truth be told, Dromeas gave me the chills; I kept visualizing bloody people, birds and animals horribly impaled by unfortunate collisions with the sharp, jagged pieces of glass sticking out from all sides of his body.)

The next time we saw Dromeas was in 2005, and we were disappointed to see him covered with dirt and grime, lacking the bright lustre we had remembered from only a year earlier.  But we realized you can’t stand a glass sculpture next to a busy street in a major city and expect it to stay clean. And how the heck would you wipe dirt and dust from thousands of glass shards anyways? Dromeas would shred a Swiffer duster in an instant!

Squeaky clean or gritty and grimy, Dromeas is still one of my favourite contemporary sculptures. Below are more of our photos of the big glass runner. There are more images of him on Costas Varotsos’s website, including several pictures showing how the sculpture was assembled. 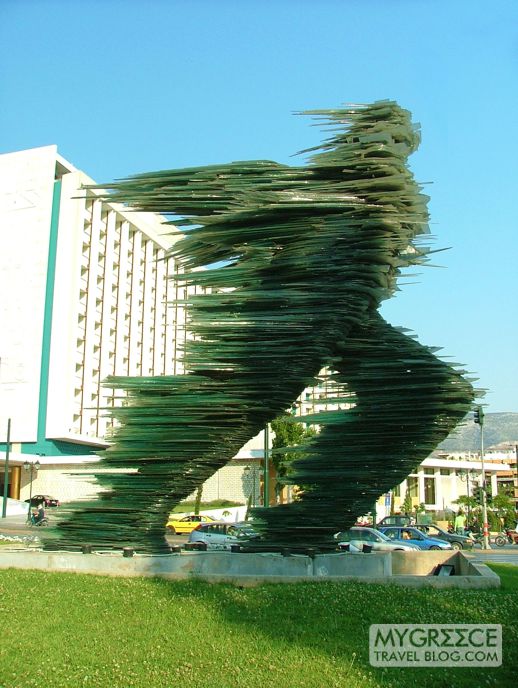 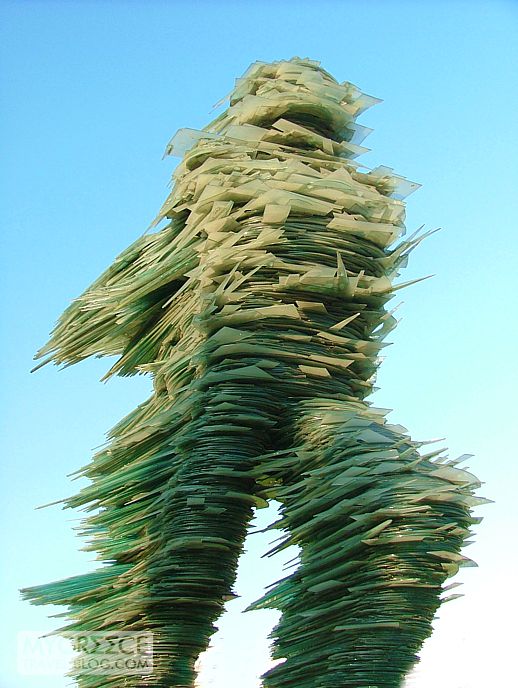 Looking up at the imposing 12-meter marathoner 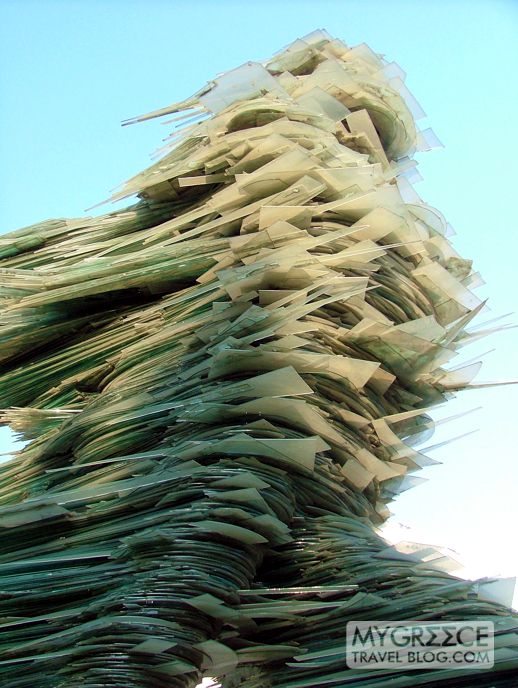 Dromeas’s torso and head viewed from the front right side 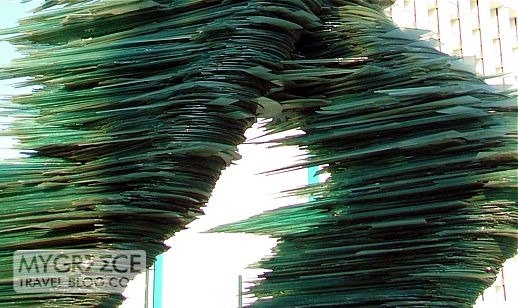 A closer look at Dromeas’s legs 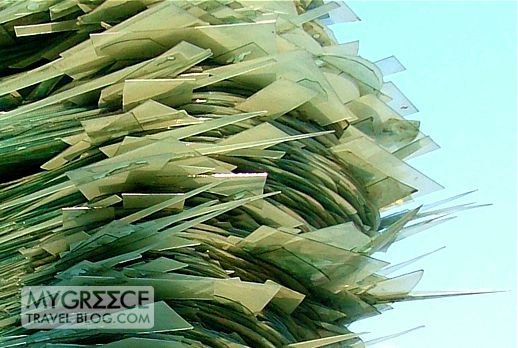 You wouldn’t want to get kneed in the groin by this guy! 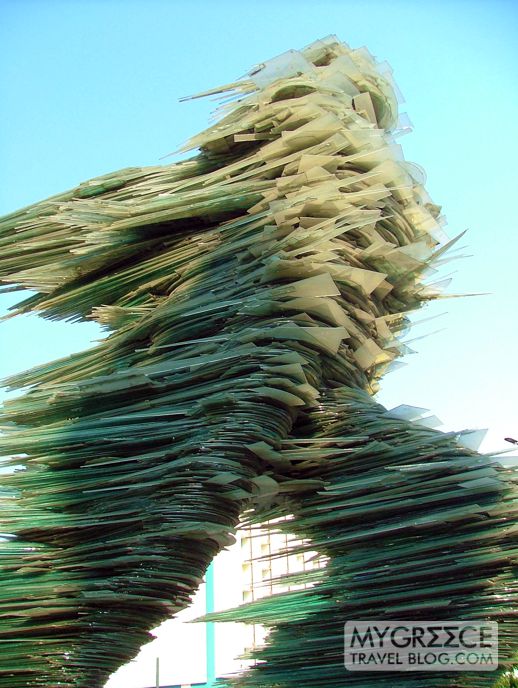 The City of Athens gave Dromeas a much-needed power wash in late October of 2021, to remove years of accumulated  dirt and grime that had dulled the sculpture’s luster. 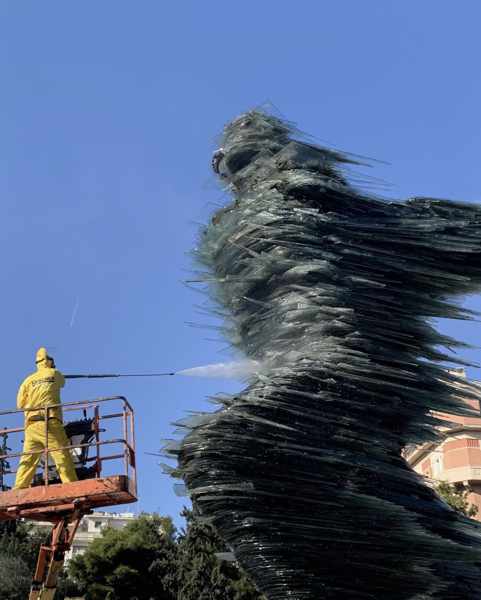 On October 28 2021, Costas Varotsos shared this photo on his Instagram page, showing a city crew giving Dromeas a power wash

Another view of a cleaning crew at work, in an image that Athens Mayor Kostas Bakoyannis shared on his Facebook page