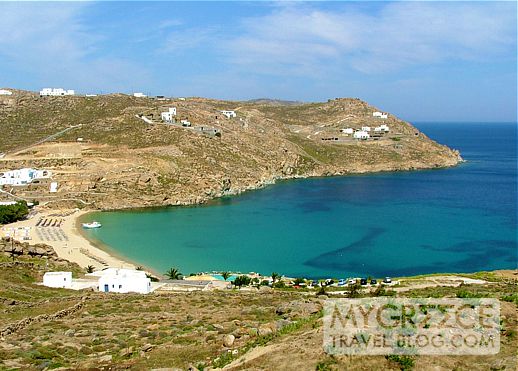 Wild times in years past: I had heard a lot of stories about fabled Super Paradise beach on Mykonos for years before I finally got to go there and see it for myself. I had heard tales about wild all-day and all-night beach parties, nudity and sex from friends who had travelled to Mykonos in the 1970s, 90s and early to mid-90s. Back then, Super Paradise was world-famous not just because it was a popular party place and “alternative” beach destination, but also since it was the top gay beach in the world. It wasn’t exclusively gay, but for years it had a well-founded reputation as “the gay beach on Mykonos” — and the premier gay holiday destination in the Mediterranean. Super Paradise is still popular with gay travellers, but nowadays draws a mixed yet predominantly straight crowd; in recent years, Elia has been the preferred beach destination for most gay visitors to Mykonos.