Must-see sights in and around Rethymno on Crete

Rethymno is the third largest city in Crete and one of the most beautiful in Greece. Byzantine churches and monasteries, renaissance monuments, caves, countless beaches and enchanting villages throughout the province, await the visitor to wander and admire them. 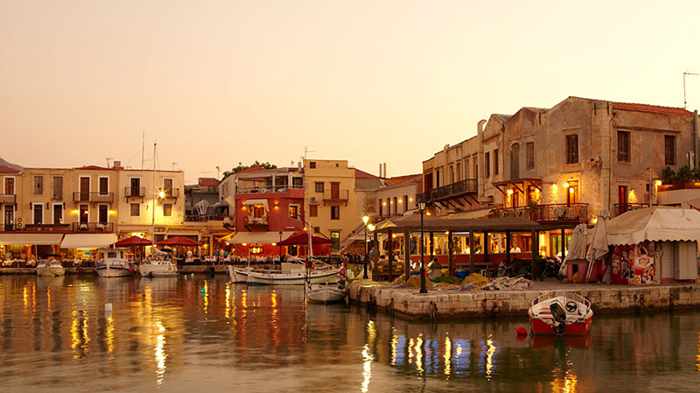 The oriental influence of the Turkish occupation, combined with the Venetian architecture of the Renaissance, compose the beautiful picture of the old town of Rethymno. Taking a walk through the narrow streets of the historic center, you can see many Venetian and Turkish monuments. From the Venetian harbor and the famous lighthouse, you can reach the Venetian Fortezza castle. The arches of the Venetian Loggia will definitely impress you. After a while, you will have the chance to rest and drink fresh water from the Rimondi fountain with three spouts in the shape of a lion, built in 1626 by rector Rimondi.

A stop at the Historical – Folk Museum of Rethymnonn with its historical exhibits, is definitely not a waste of time. Continuing your tour in the old town, you will admire the church of San Francesco, you will pass through the Great Gate and will reach the main square where you will admire the various public buildings. The old city is the living history of Rethymno, it turns you back in time and invites you to visit it. 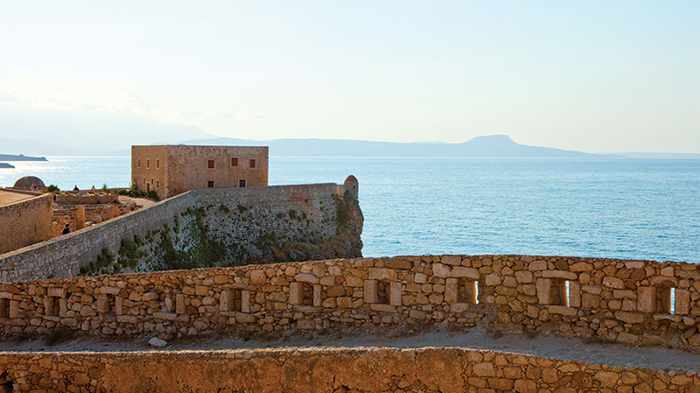 In the same place, in ancient times, was built the citadel of ancient Rirthymna and the Temple of Artemis, which have not survived. After the city was looted by the Algerian pirate Ouloutz Ali in 1571, was created the need for a good fortification. That’s why in 1573 was built the majestic pentagonal fort, according to all the modern methods of fortification and was designed so that it could shelter the entire population of the city.

Its premises, many of which are preserved in good condition until today, included barracks, a church, hospital, warehouse, the residence of the Directors, the residence of the Rector and a luxurious and stately building in the central square of the fortress. In the fortress of Fortezza takes place, in the summer, the Renaissance Festival of Rethymno, which attracts many visitors to Rethymno.

The Archaeological Museum of Rethymno 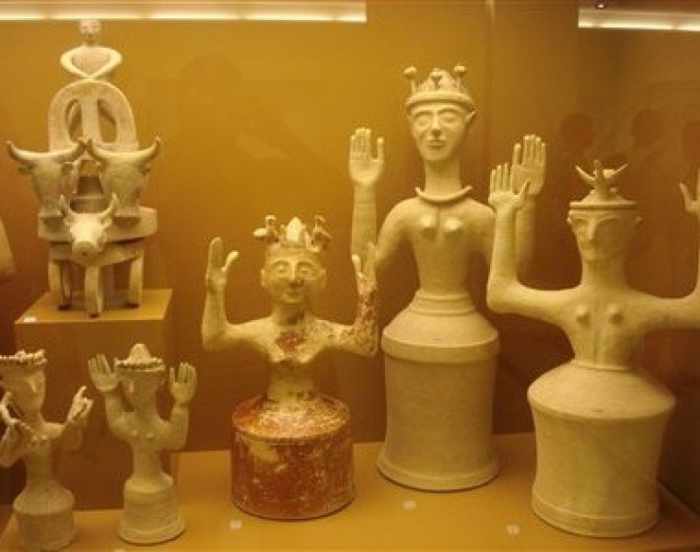 In front of the main gate of Fortezza is the Archaeological Museum of Rethymno, since 1887. It is housed in a pentagonal Ottoman building that was built for the protection of the entrance of the east gate of Fortezza.

Here are displayed findings of the Early Minoan, Middle Minoan and Late Minoan times, such as various pots, tools, weapons, pottery, jewelry, signets, and clay figurines, such as this of a female figure known as the “goddess with upraised hands”. The visitor can also admire various objects and artwork of the Classical, Hellenistic and Roman period, such as gold jewelry, glass vases and collections of sculptures from various regions.

Among others, the Museum displays an interesting collection of coins from different historical periods of time.

The Monastery of Arkadi 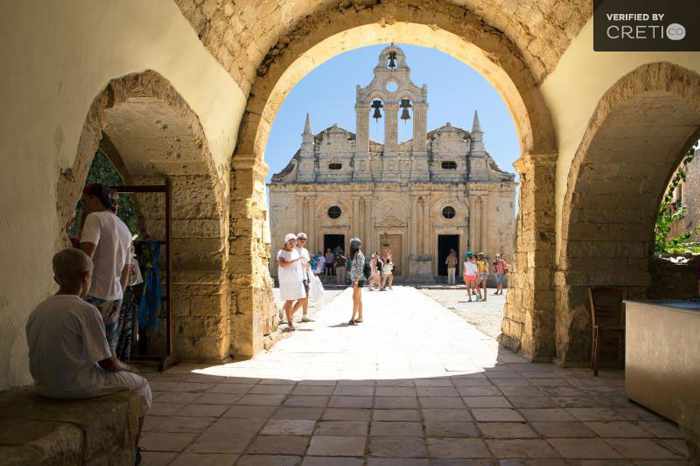 One of the highlights of Rethymno which deserves a visit is the Monastery of Arkadi, one of the most important monasteries in Crete, situated 23 km from Rethymno, in a strategic location on the northwest side of the mountain Idi.

The name of the monastery comes from the Byzantine Emperor Arcadius and its foundation dates back to the 5th century. The Monastery of Arkadi became known worldwide as it was strongly involved in the liberation struggles against the Turkish conquest. On November 8, 1866, the defenders of Crete who were sheltered in the monastery, blew alive in order not to surrender to the Turks. This event is known in history as the “Holocaust of Arkadi Monastery” and for this reason, this place has been characterized by UNESCO as a European Freedom Monument.

After the destruction, the monastery was completely rebuilt and restored to its original form, although the burned-out temple, and a cannon ball, wedged in a cypress, witness its history. Visitors can admire the two-aisled church in the center of the monastery dedicated to Saint Constantine and the Transfiguration of the Savior, which was built in the 16th century, the chapel of St. Arkadius, the monastery’s museum hosting exhibits dating from its inception and the powder magazine where the tragedy of 1866 took place. 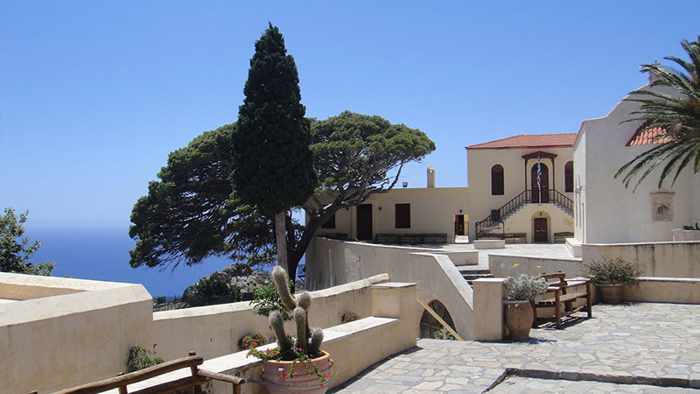 The Monastery of Preveli is located about 40 km south of Rethymno and is one of the most famous and respected monasteries of Crete. We don’t know exactly when it was built, but the evidence shows that the first part of the monastery was built in the late 10th to early 11th century, at a time when there was a great development of monastic life in the southern region of Crete.

It consists of two building complexes, the Monastery of Prodromos, in which you will see paintings of the painter Mercurius, and the Monastery of Theologos. It is worth visiting the museum located inside the monastery, which hosts about 100 pictures of priceless religious and historical value. Important exhibits such as a Gospel of 1807, a gilt chalice of 1847, a collection of embroidered vestments, a collection of various ecclesiastical vessels etc., complete the rich collection of the museum. The library of the monastery contains about a thousand volumes of books and other church documents. The Monastery of Preveli is located in a unique natural environment which is almost tropical. 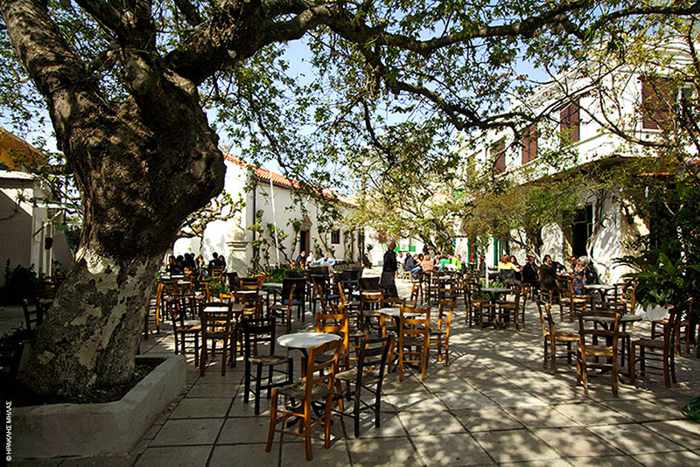 The village of Anogia, in Mylopotamos, is approximately 50 km away from Rethymno at an altitude of nearly 800 m. Built on the slope of the hill Armi, with about 2500 inhabitants, Anogia have achieved a tremendous contribution to the national liberation struggle against the Turkish conquest, particularly in the Battle of Crete.

Anogia is also an epicenter of contemporary Cretan civilization. If you visit Anogia, you will be surprised by the traditional textile industry of the place, the reputed embroidery of the village and the use of the loom, which continues even until today.

The Anogians love their heritage and respect the customs and traditions of the place, keep the traditional clothing and language idioms. What remains intense in memory of every visitor of Anogia is the characteristic hospitality of the locals and the excellent care to foreigners.

The Caves of Rethymno 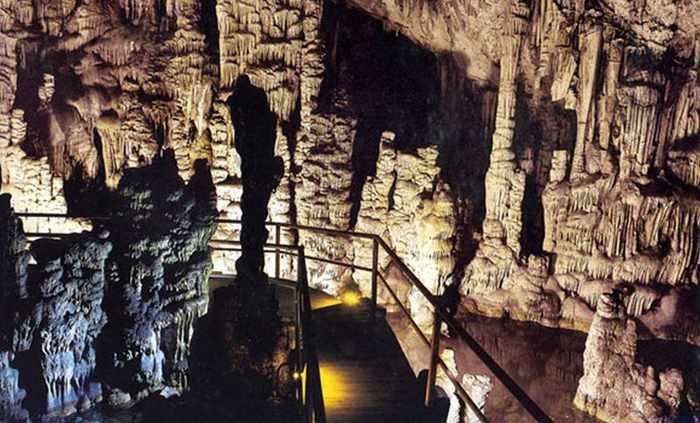 Another highlight of Rethymno is the 800 caves that exist in the mountains of  the region, which present archaeological and folklore interest. At an altitude of 1538 meters in Nida Plateau in Psiloritis, is the Ideon Andron, a large cave, where, according to Greek mythology, Zeus was raised by Amalthea. Ideon Andron was a cult center during the Minoan years. The excavations have brought to light various findings such as gold jewelry, ceramics and various metal objects.

In the Cave of Melidoni, which was Mercury’s place of worship, the visitors can see the bones of the inhabitants of Melidoni, who died there from suffocation, as they were besieged by the Turks. Also, the cave Sfentoni in Zoniana village, with 14 halls, impresses the visitor with its stalactites and stalagmites. Accessible is also the cave of St. Anthony in Patso, with the beautiful church – dedicated to St. Anthony – located in the cave.

The Renaissance Festival of Rethymno 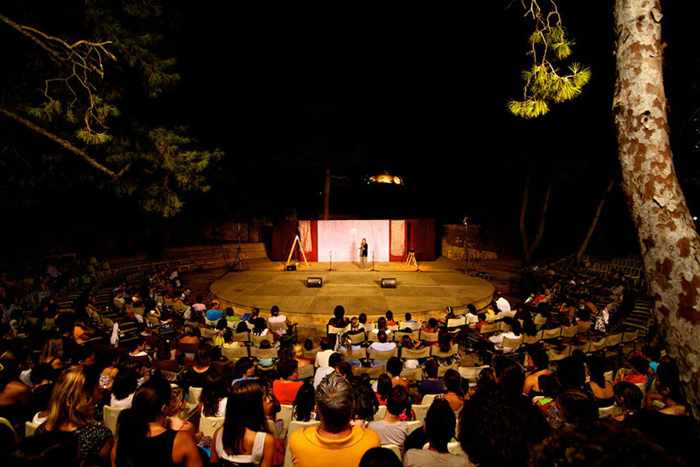 Every summer, in Rethymno, is organized the Renaissance Festival, an institution that has been established since 1987, on the occasion of the great development that the city experienced experienced during the Venetian conquest, in arts, literature and architecture.

The music concerts, involving orchestras and musicians from all over Europe, the opening and closing ceremonies with artistic events, and events organized in various places of the city. 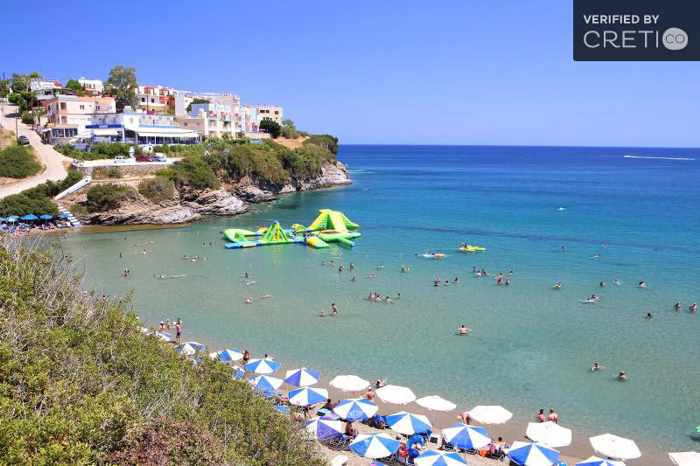 Both in the north coast, and the south, there are many sandy beaches in Rethymno which attract visitors to walk along them, enjoy the sun and swim in the beautiful waters of the Cretan and the Libyan Sea. The beach of Rethymno is a huge, 12 km long sandy beach, which starts from the city of Rethymno and ends in the region of Scarleta.

Near the Monastery of Preveli, there is the homonymous beach, an exotic place with palm trees, crossed by the river Koutalioti and considered by many as the most beautiful beach of Crete. For those who are looking for peace and mental calm, there is the secluded beach of Triopetra in approximately 50 km. south of Rethymno. Within walking distance, you will find the quiet beach of St. Paul, offered for nudism. 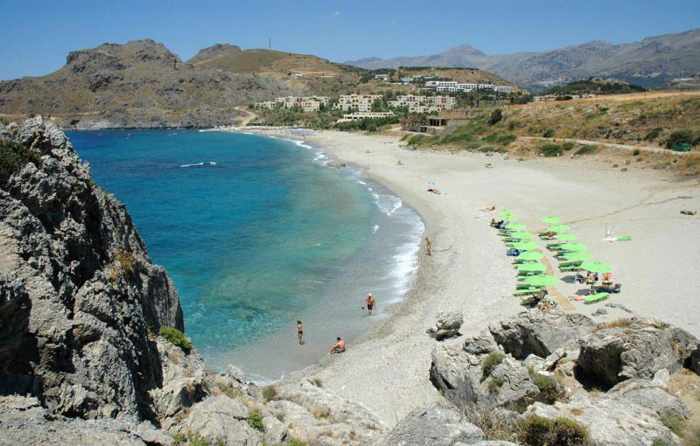 The water sports enthusiasts can visit the beach in the village of Plakias, situated 40 kilometers from Rethymno, and also Bali, on the national road Rethymno – Heraklion, which is very popular. The beach in Platanes village is appropriate for a quick dip, and it is 4 km east of Rethymno. The beach of Panormo village, 16 km away, is very organized and offer many facilities to the tourists.

Of course, these are the main highlights of Rethymno, however, when you visit it, you will realize that this place offers numerable places with such beauty and long history, that will make you love this city forever.

This article originally appeared on the Cretico Blog published by the Cretico Crete holiday villa website, and is republished with their kind permission.