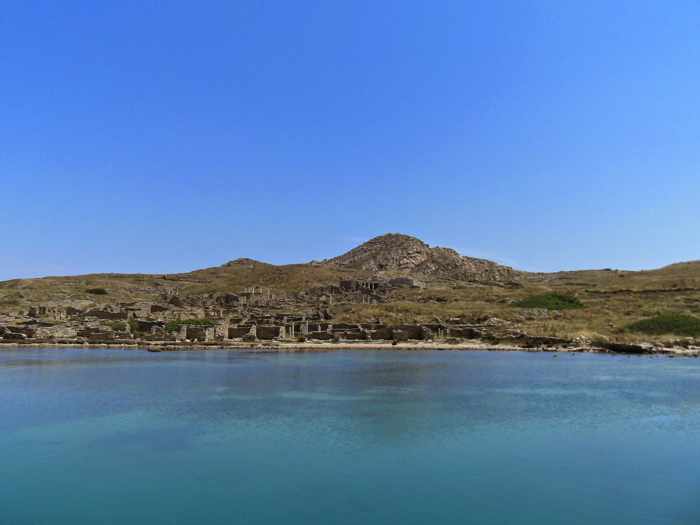 The “sacred island” of Delos is seen in a photo from the Google+ page for Delos Tours, the firm that runs ferries between Mykonos and Delos.

Delos daytripping: It has been nearly two years since I last wrote about Delos island, and because there have been some noteworthy price changes for 2016, I’ve written this general information article to update my series of Top Delos Posts published from 2012 to 2014. (Apart from ferry schedules and the new prices for ferry tickets and admission to the Delos archaeological site, the information in my previous posts remains current.)

Here’s a brief background for readers who might not be familiar with Delos. The island, situated just over 2 km west of Mykonos, is one of the most important historic and archaeological sites in Greece. It’s often called “the sacred island” and “the island of light” because, in Greek mythology, it was the birthplace of Apollo, the god of light, and Artemis, the goddess of night light.

During its glory days between 166 BC and 69 BC, Delos was a wealthy shipping hub and one of the world’s leading centers of commerce. Home to more than 30,000 people, the city went into decline after it was looted and razed in two separate attacks; residents gradually left the island, and eventually Delos was abandoned completely and almost forgotten. 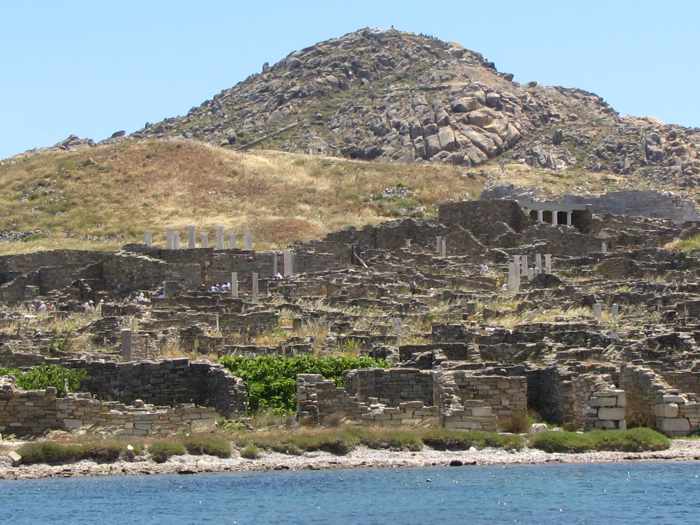 Delos regained international attention when archaeologists began excavating its ruins in 1872. Small numbers of travellers, mainly from Europe, started visiting the island to view the fascinating historic sites that were gradually being unearthed. Over the decades, the trickle of tourists turned into a steady stream of sightseers from around the world, and today Delos is a top tourist attraction drawing more than 100,000 visitors each year. Delos is widely considered a “must see” attraction for people visiting Mykonos, and I personally recommend that visitors schedule a half-day trip to Delos during their Mykonos holidays, especially if it’s their first visit to Greece.

In 1990, Delos was added to the UNESCO World Heritage List. A description for UNESCO’s Delos listing says “The archaeological site is exceptionally extensive and rich and conveys the image of a great cosmopolitan Mediterranean port.”

And according to the Delos page on Visit Greece, the official tourism website for Greece, “nowhere else in the Globe is there a natural insular archaeological site of this size and importance. No other island on Earth hosts so many monumental antiquities from the Archaic, the Classical, and the Hellenistic periods, i.e. the centuries of the great Greek art, on a territory used exclusively as an archaeological site.” 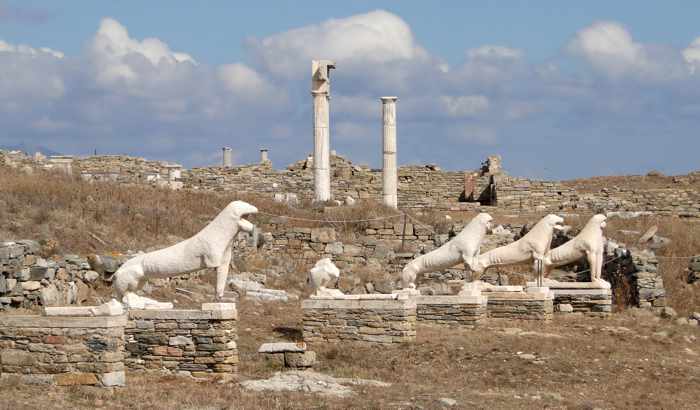 All of Delos is a protected archaeological site, and visitors are not permitted to stay on the island overnight; hence, there are no accommodations (the nearest available lodging is on Mykonos). Besides the extensive ruins, which extend across most of the island, there is a museum that houses sculptures, wall paintings, pottery and thousands of small artefacts discovered during the excavations. A cafe in a separate building sells beverages and light snacks. 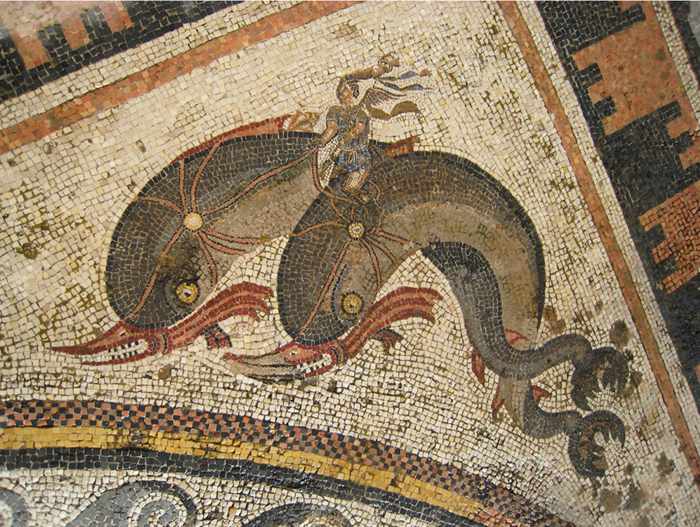 A detail of one of the colourful mosaics in the House of the Dolphins (Photo from the Delos Tours website.) 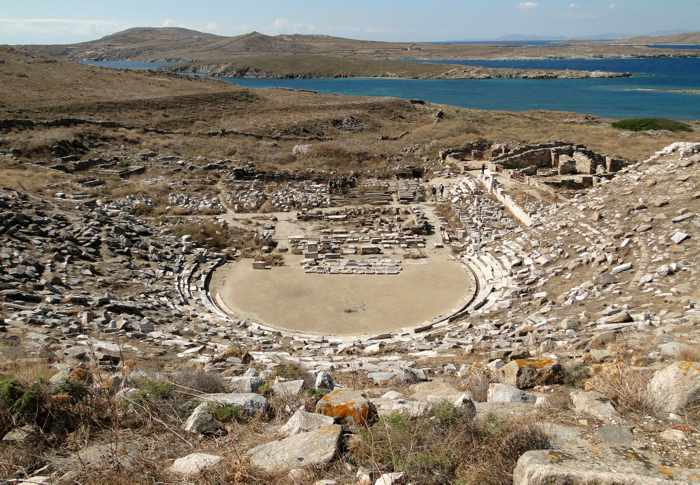 The marble theater, seen in another image by Wikimedia contributor Bernard Gagnon, could seat up to 5,500 spectators

You’ll see many of the island’s top sights while a narrator describes the history of Delos in this informative 9.5-minute film by Expoza Travel.

Please click on the link below to continue reading on page 2, where you’ll find information about Delos ferry ticket and site admission prices, ferry schedules, guided tours, private charters to Delos, and more.

The captivating coast, beach and village scenery at Kokkari on Samos