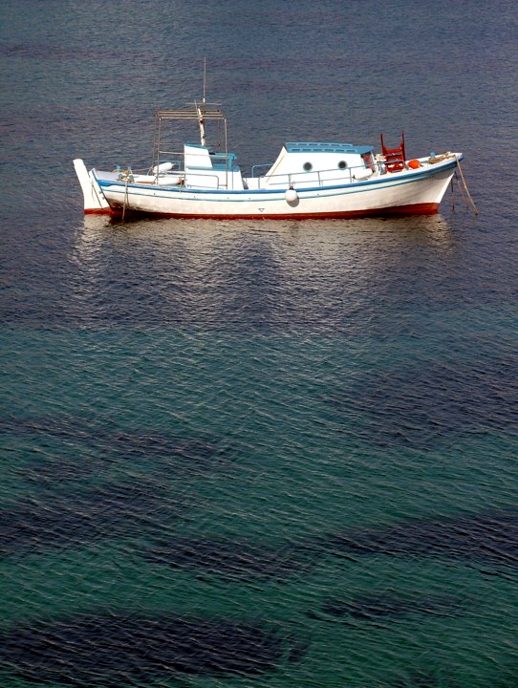 A caïque (traditional Aegean fishing boat) reflects late afternoon sunlight as it rests at anchor in Psarou bay on Mykonos. More than two dozen of these boats, which can carry 30 passengers each, now serve as water taxis that shuttle travellers between several of the most popular beaches on the south coast of Mykonos each summer. Consult the Mykonos Cruises website for further information about boat schedules, fares, and private charters.