Arriving at Parikia port on Paros 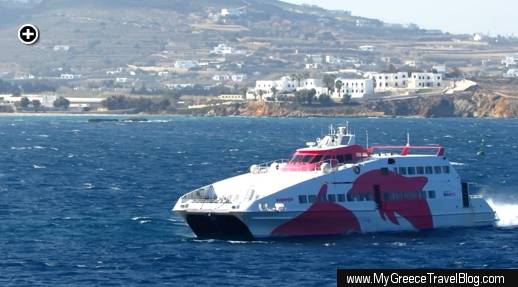 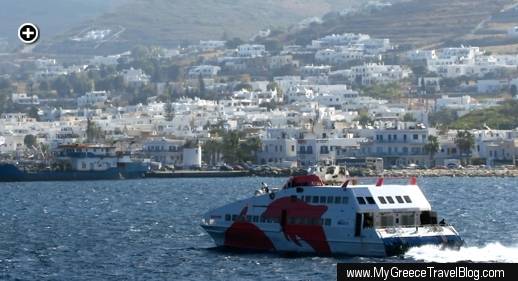 The town of Parikia looms larger as Superjet approaches the ferry quay. I shot the photos above, as well as two of the videos below, from the Blue Star Ferries ship Paros as it departed Parikia en route to Athens.

This is a short clip of Superjet that I shot from the Blue Star Paros.

This video (Part 1 of 2) shows views of Parikia and some of its waterfront on the south side of the port. I shot this clip from a deck of the Blue Star Paros as it approached and prepared to dock at Parikia en route from Naxos to Piraeus.

This is the second clip I shot from the Blue Star ferry. It shows parts of Parikia and the bay on the north side of the port.

For a completely different perspective, here’s a video shot from land, showing the Paros docking at Parikia. It was filmed by YouTube member Steffen Mork.