Every day during my short visit to Naoussa in May, I saw more than two dozen geese and goslings swimming in  the channel under the bridge and near the shoreline in the harbour, as well as waddling along the harbourfront promenade and some of the cobblestone streets close to the water. Sometimes I would hear them before I would see them. In fact, the honking of the adult birds and the chirping of the goslings was so loud one evening, I could hear them from around two street corners — well more than 100 feet away — before I finally saw them.

As you would expect, children were fascinated and thrilled to see the birds, but the geese didn’t share the same excitement — especially when the giggling and gleeful kids got close and tried to touch them.  I watched some of the big honkers get into a flap and put the run on a few children who got too close for comfort. At one point, three geese moved aggressively and threateningly toward a little Greek boy who was quietly sitting and just watching as they passed by. His mother had to shoo the birds away at least three times, but they kept determinedly goose-stepping back toward her son. The little boy wasn’t alarmed, though; he seemed to find the angry creatures amusing and he giggled the entire time.

Goose-stepping along the waterfront promenade

The geese were popular with adults, too. Every day I saw tourists arrive at the waterfront, some carrying bags of bread to feed the fowl, others armed with cameras and videorecorders to take their pictures. One afternoon while I was having a coffee on the terrace at Kiranos  Café, a gaggle of geese paraded down the promenade between the row of marina-view tavernas and the dozens of sailboats and powerboats roped to the pier.  Several people in the café leapt from their seats, grabbed their cameras and raced onto the street to photograph the procession. I think they actually looked more excited to see the geese than any of the little kids had been!

Below are some of my photos of the Naoussa geese. There are two videoclips of the geese in the post below. 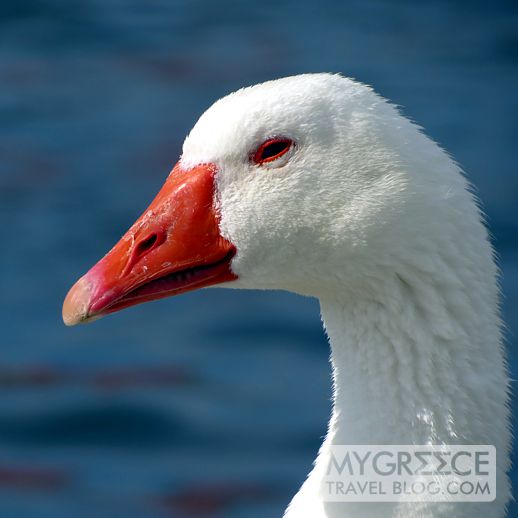 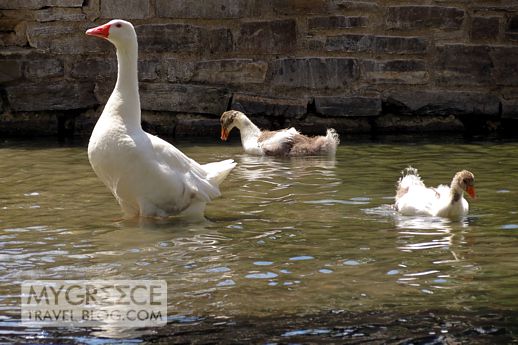 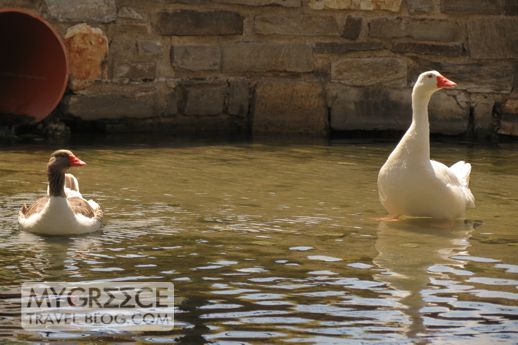 Two geese swimming in the channel under the bridge 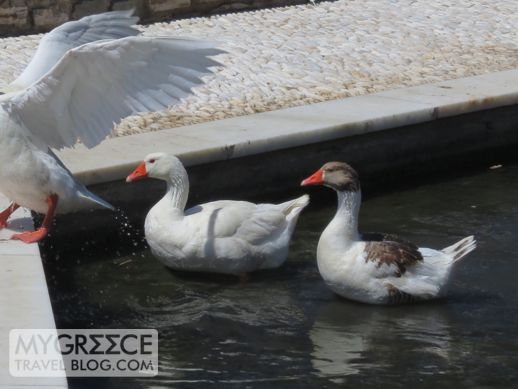 On the move! The geese begin climbing out of the water … 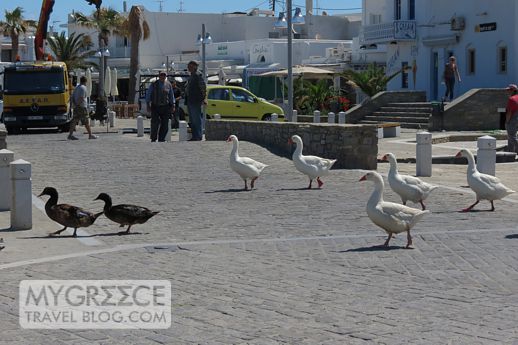 … move as a group across the cobblestone harbourfront road … 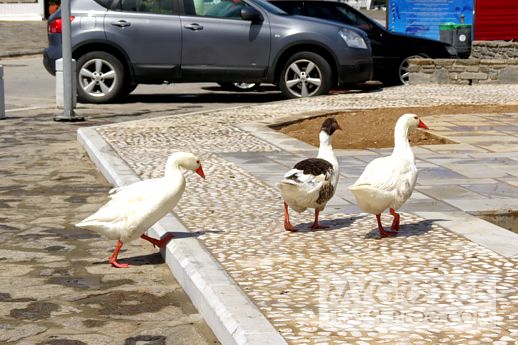 … enter the little parkette near the excursion boat quay … 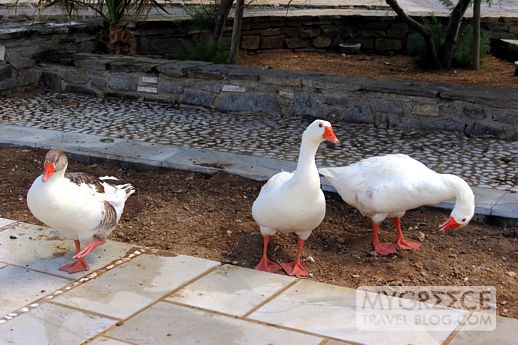 … hang out in the square for a few minutes … 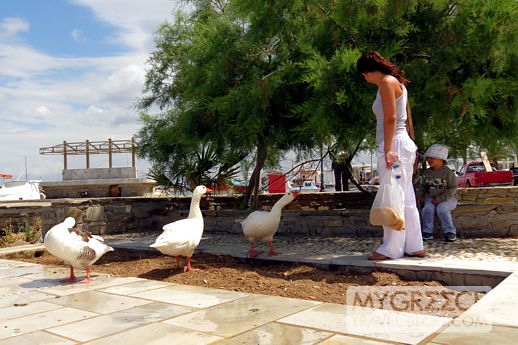 … then make a menacing approach toward a little boy sitting nearby … 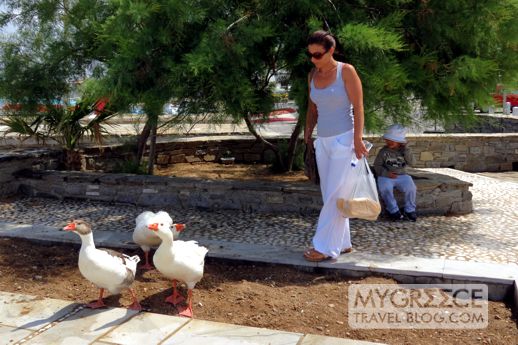 … but back off after his mother starts to shoo them away 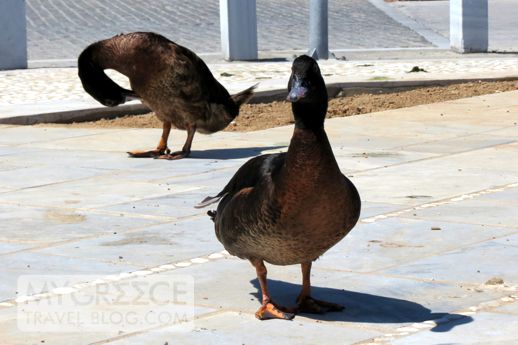 Most of the geese were white, so I wasn’t sure if these two brown birds were ducks or just a different-coloured species of goose 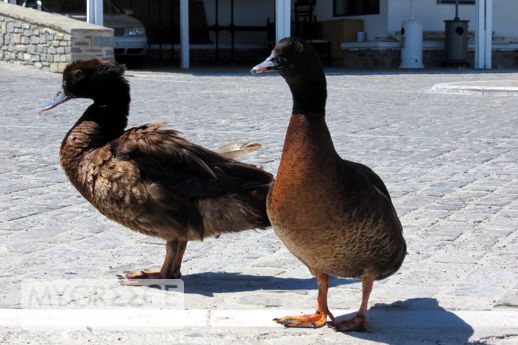 This pair hung out close to the white geese, but didn’t seem fully welcome in the gaggle 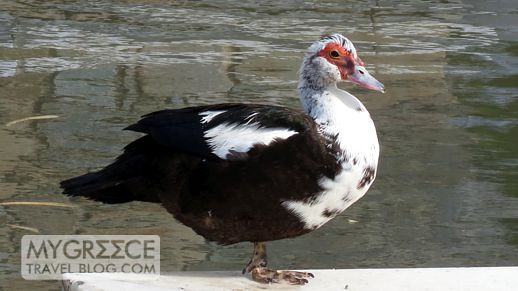 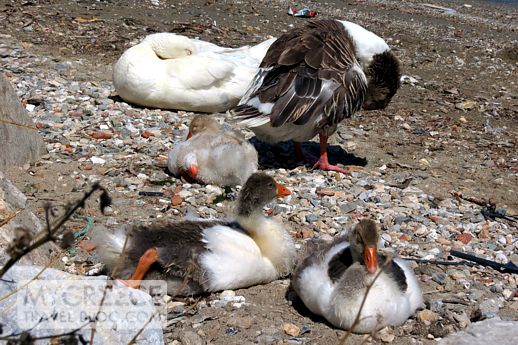 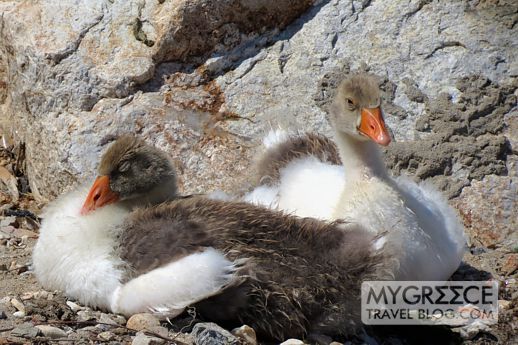 Two goslings resting next to rocks on the bayshore 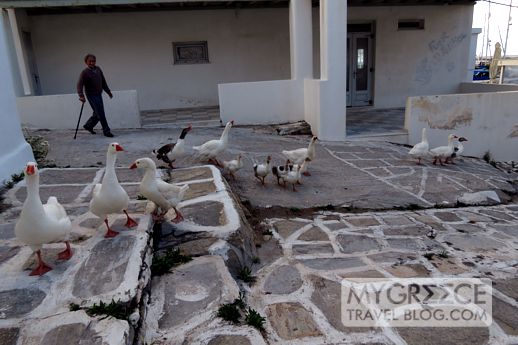 More than a dozen geese stroll a street near the waterfront 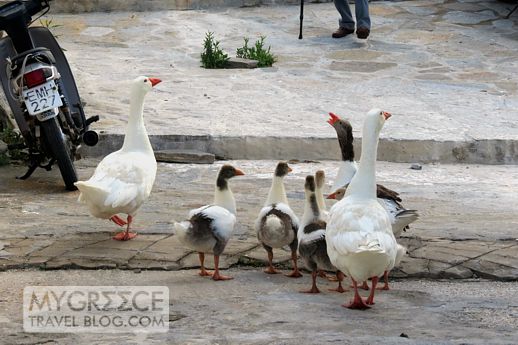 A gander honks a warning to a man approaching the gaggle 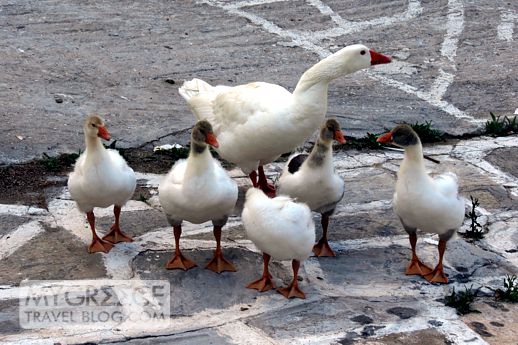 The family turns around the avoid the man walking their way 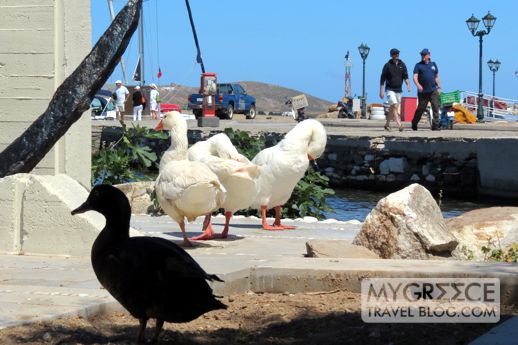 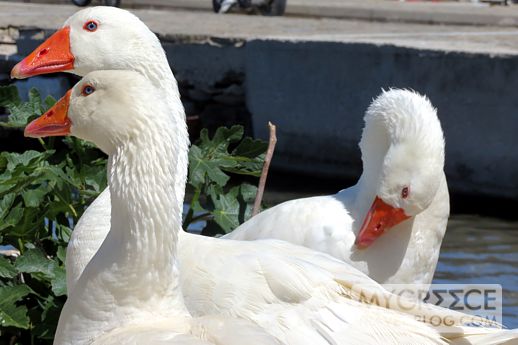 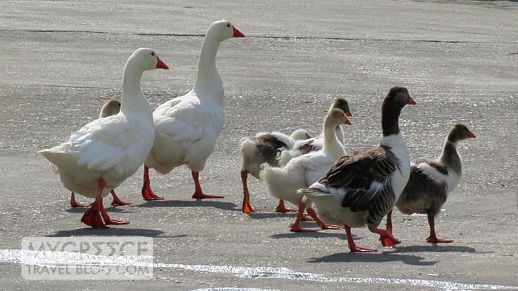 A gaggle of geese waddle down the waterfront promenade … 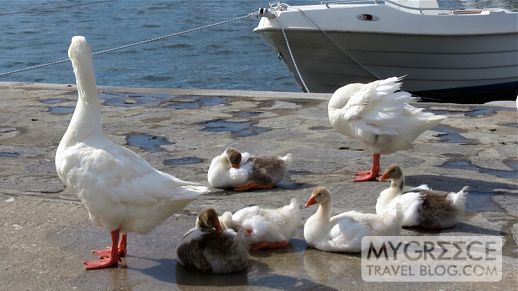 … where some rest and preen near the water’s edge … 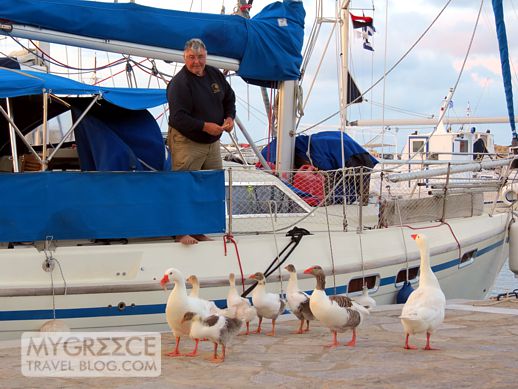 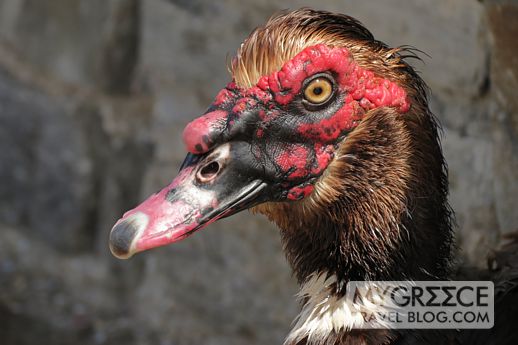 This poor goose seems to be suffering from a facial deformity … 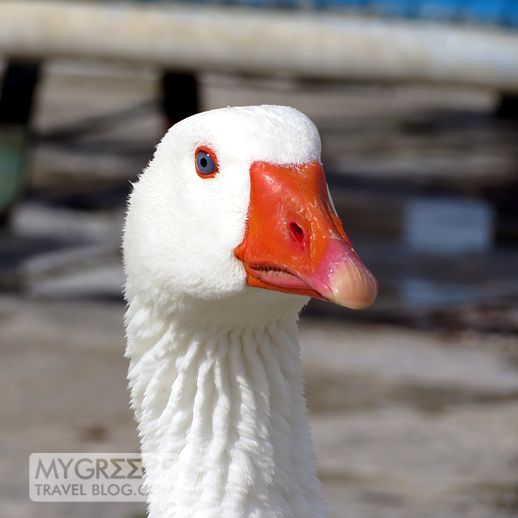 Goose-stepping near the Naoussa waterfront