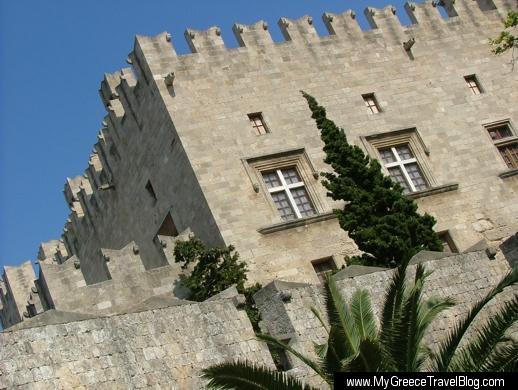 The Knights of St John established the magnificent Palace of the Grand Master of Rhodes during the 14th Century. Situated in the medieval city of Rhodes, the palace occupies a site where a Byzantine fortress originally had been built in the 7th Century. The Grand Master’s palace is one of more than 30 major museum and archaeological attractions in Greece that will operate under new extended hours from April 1 to October 31 in 2014.

Don’t rush: The Greek Ministry of Culture has some good news for travellers who like to take their time while visiting museums and exploring archaeological sites — hours of operation are being extended for more than 30 of the country’s top attractions.

From April 1 until October 31, archaeological sites including Olympia, Delphi, Epidaurus, Mycenae and Mystras, plus the Acropolis in Athens, will be open to the public from 8 a.m. until 8 p.m. every day.

The longer opening hours for the historic sites, and for a number of important museums in Athens, Thessaloniki, Heraklion, Rhodes and other locations, were announced this week. They are among a series of initiatives that the Culture Ministry is undertaking to enhance and update the visitor experience in Greece. The other improvements, which will be rolled out later this year, include installation of Wi-Fi networks, the design of mobile virtual tour applications, and the launch of an e-ticketing system for entrance to museums and archaeological sites.

The extended hours couldn’t come at a better time: Greece is expecting a record number of tourist visits in 2014 — over 18.5 million, to be precise.

The longer hours will be particularly appreciated by cruise ship visitors, whose tight time schedules in the past have forced them to rush through major sites, or miss seeing them altogether.

The extended hours apply to a total of 33 sites and museums which account for more than 95 per cent of visits to Greek historical attractions. One of the monuments, the Temple of Poseidon at Sounion, will remain open until sunset each day.

Here is the complete list of attractions that will offer longer hours of operation:

◊  the archaeological site of the Acropolis, the Theatre of Dionysus and the Ancient Agora in Athens;

◊  the archaeological site of the Temple of Poseidon at Sounion;

◊  the Olympieion — Arch of Hadrian;

◊  the archaeological site of Epidaurus;

◊  the archaeological site of Mycenae;

◊  the archaeological site and museum at Delos island near Mykonos;

◊  the archaeological site of Akrotiri Thera on Santorini;

◊  the archaeological site of Lindos on Rhodes;

◊  the archaeological site of Asklepieio on Kos;

◊  the archaeological museum of Rhodes;

◊  the archaeological site of  Knossos on Crete;

◊  the archaeological site of  Phaistos on Crete;

◊  Cave of Psychro on Crete;

◊  the Palace of the Grand Master of the Knights of Rhodes;

◊  the Ancient Castle of Kos;

◊  the archaeological site of Mystras;

◊  the archaeological site of Palamidi;

◊  the archaeological museum of Heraklion on Crete;

◊  the archaeological museum of Thessaloniki;

◊  the White Tower Museum in Thessaloniki; and

◊  the Museum of Byzantine Culture in Thessaloniki. 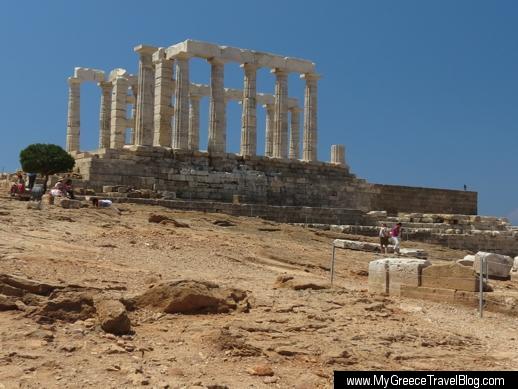 The Temple of Poseidon at Cape Sounion will remain open until sunset each day from April 1 to October 21.

Pics of the day: The Poseidon temple at Sounion 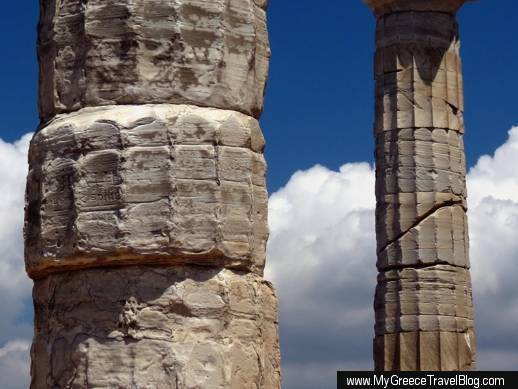 Two of the 15 columns that remain at the Temple of Poseidon monument (below) at Cape Sounion, a peninsula 70 kilometers southeast of Athens. There originally were 42 columns in the temple, which was built around 440 B.C. 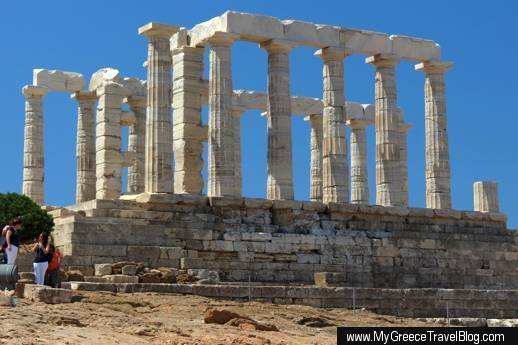 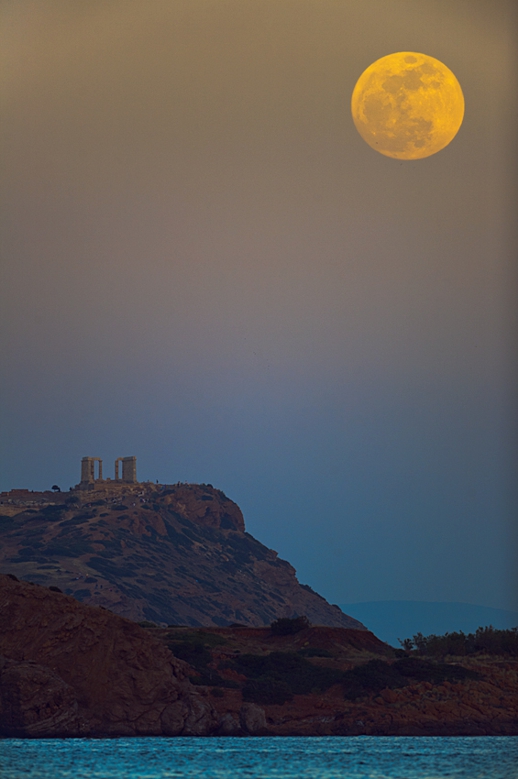 Anthony Ayiomamitis captured this gorgeous photo of a golden full moon rising above the Temple of Poseidon at Cape Sounion in Greece on May 5 2012. It’s the featured photo on the Astronomy Picture of the Day website.

Moon event: You can be sure that a lot of people in Greece will keep looking skyward tonight as the biggest full moon of 2013 rises on its dramatic pass across the sky.

According to the Astronomy Picture of the Day website, the exact full phase of the moon will occur at 11:32 UT, shortly before the moon reaches perigee — the closest point to Earth in the lunar orbit.

Since this Full Perigee Moon will be the biggest and closest full moon of the year, restaurants, bars and clubs across Greece will be celebrating the big occasion with a variety of events, from quiet viewings over cocktails to special dinner menus and even some all-night-long dance parties with world-renowned DJs entertaining.