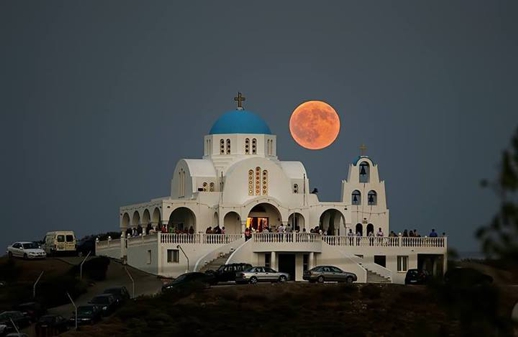 This amazing image by Chris Kotsiopoulos captured the moonrise above Profitis Ilias church in the Lavrio area of Attica. It was posted on the Greece in photos Facebook page.

At the Patmos Aktis Suites & Spa at Grikos beach on Patmos, for instance, guests will be entertained with piano music while they watch the moon from the hotel’s  Theion Sea Bar.

The Ios Palace Hotel & Spa at Mylopotas beach on Ios will celebrate with a special Super Moon menu and party on its swimming pool terrace, while the cavernous Cavo Paradiso nightclub on Mykonos will have four top-name DJs spinning all night long for its Holy Moon in June bash.

Social media sites were buzzing today as people shared scores of full moon photos (from both tonight as well as years past) and discussed the parties and other events that will be taking place during tonight’s moonrise. Below are a few of the images that appeared on some of the sites.

If you miss seeing the moon tonight, mark your calendar for 14 months from now — the next Full Perigee Moon will take place on August 10 2014. 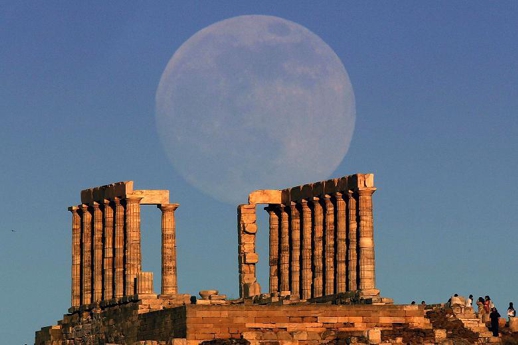 The Times of London used Twitter to circulate this photo of a full moon rising above the Temple of Poseidon at Cape Sounion. The newspaper credits photographer Yannis Behrakis of Reuters for the image. 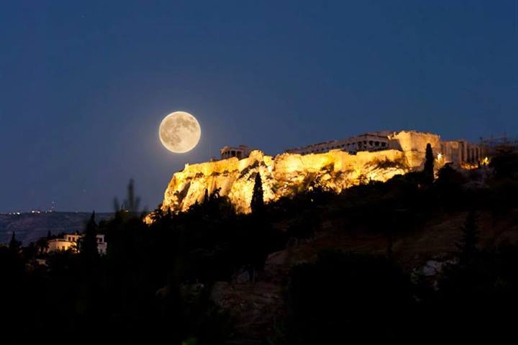 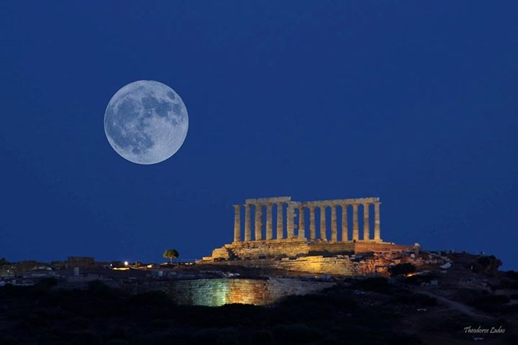 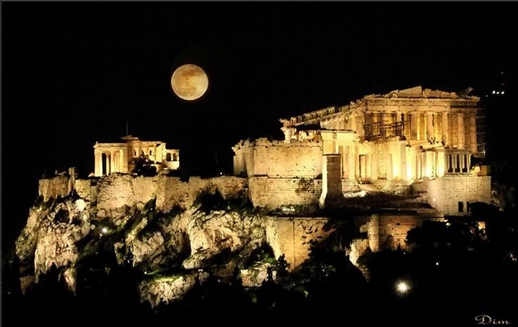 Also from the Wonderful-Greece Visit-Greece Facebook page, an image of a full moon above the Acropolis in Athens 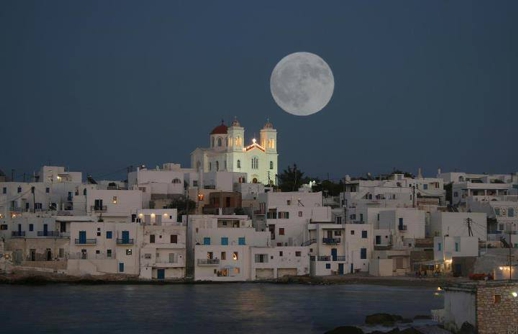 This image of a full moon over the town of Naoussa, on Paros, was posted on Facebook by the Yria Hotel on Paros, as well as by numerous individuals and businesses on the island and elsewhere in Greece 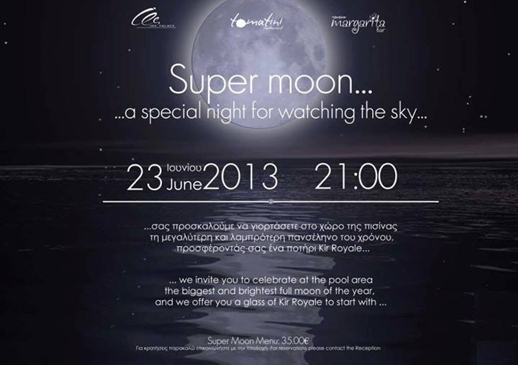 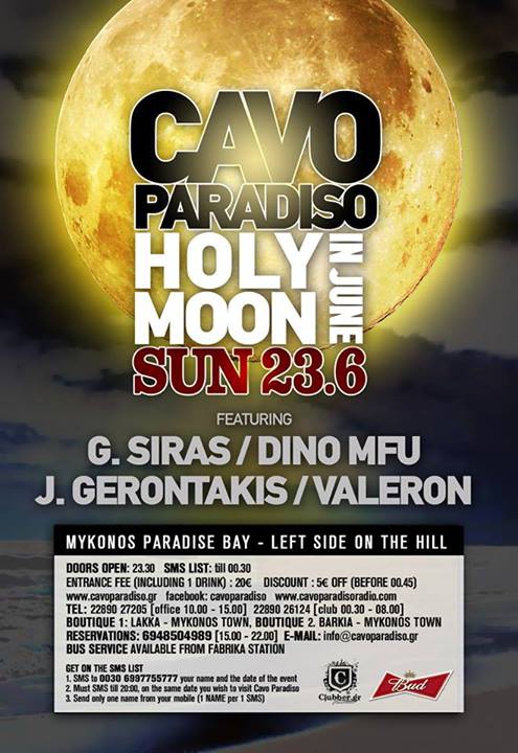 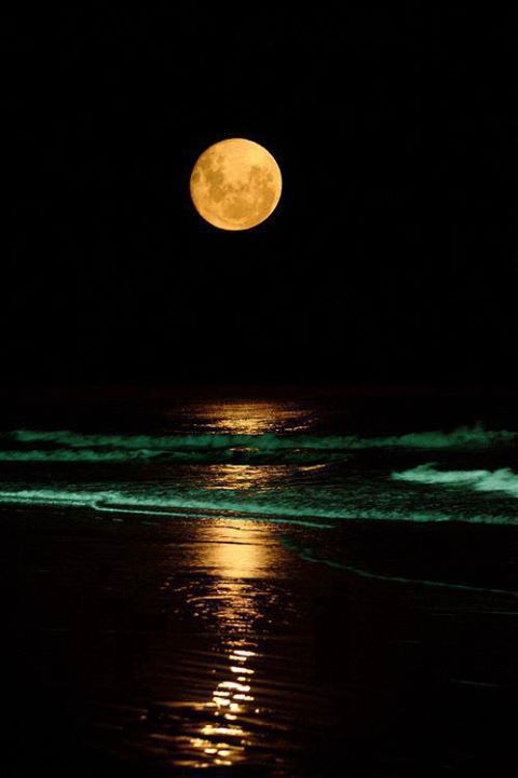 The Seladi Cafe Bar in Tholaria village on Amorgos posted this photo on its Facebook page. It said this photo of the moon was shot Saturday night.

Pic of the day: Road to Stavros on Patmos