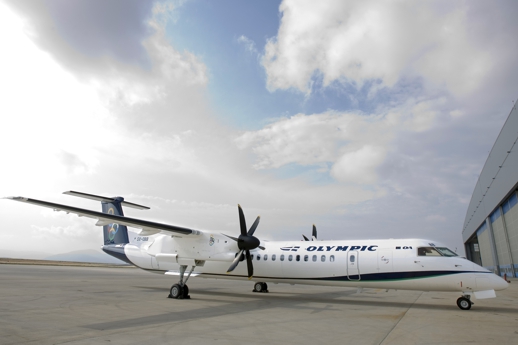 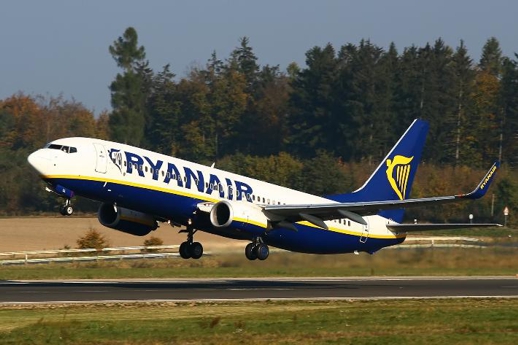 A Ryanair media image of one of the aircraft in its fleet of more than 300 Boeing 737-800s. The low-fare airline is opening new bases in Athens and Thessaloniki, and is adding new flight routes to Greece.

More flights: Getting to Greece is becoming a lot easier — and cheaper — with low-cost airline Ryanair announcing today that it will establish bases in Athens and Thessaloniki, and will add nine new flight routes in April.

The new bases and flights are part of a $280 million (U.S.) investment that Irish-based is making in Greece, which last year experienced a strong increase in tourist visits that could be matched or even exceeded in 2014.

Beginning in April, two aircraft will be based at Ryanair’s new operations centre in Athens. They will enable Ryanair to offer 154 flights per week on six new routes — to the Greek cities of Chania, Rhodes and Thessaloniki, to Paphos in Cyprus, and to London and Milan.

Also starting in April, one aircraft will be based at Thessaloniki, This will give Ryanair the opportunity to provide up to 212 weekly flights to Athens, Pisa and Warsaw.

Ryanair already has one base in Greece — at Chania airport.

Travellers will benefit from cheaper fares

In a media announcement about the airline’s expansion into Greece, Ryanair’s director of commercial operations, David O’Brien, said the new routes will benefit consumers who until now have not had a cheaper alternative to Aegean Airlines and Olympic Air, which currently dominate flights in the Greek travel market.

“Our 6 new Athens routes will allow Greek consumers and visitors to escape Aegean/Olympic’s high fares and instead enjoy Ryanair’s lowest fares and industry leading customer service and punctuality. Only Ryanair, with its 175 new aircraft order, can deliver the capacity, new markets and low costs demanded by Greek consumers and visitors, and looks forward to working with Athens Airport to unlock the vast potential currently suppressed by high access air costs,” Mr. O’Brien said.

The new operations bases and flights will benefit more than just travellers booking Ryanair flights — they will create thousands of jobs and give the struggling Greek economy a big boost, too.

Flights on the new routes to and from Thessaloniki and Athens will go on sale Wednesday, January 15.

If you have free time to travel in Europe during February or March, check out the special seat sale that Ryanair is offering to celebrate its expansion in Greece. Until midnight on Thursday January 16, the airline is releasing 100,000 seats with fares starting as low as £16.99. Bookings can be made at www.ryanair.com. 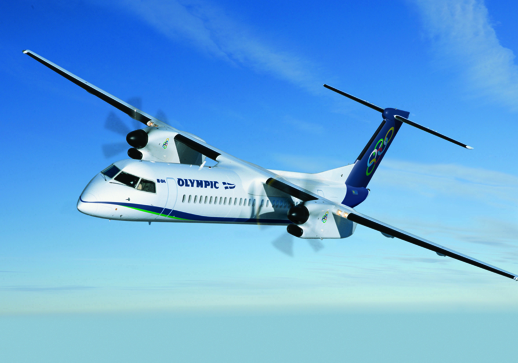 Air hops: Two new Olympic Air routes give travellers an appealing and much faster alternative to ferry travel if they’re island hopping between Mykonos, Santorini and Crete this summer.

The routes, between Mykonos and Santorini, and between Santorini and the city of Heraklion on Crete, will operate three days per week only until September 15.

The inter-island flights each take 35 minutes or less and are offered on Sunday, Wednesday and Friday. The new routes were introduced on June 30 to coincide with peak travel season in Greece. The flights are not offered at other times of the year.

The routes enable travellers to move between the islands in about half the time it would take on highspeed ferries, and in some cases offer considerably more convenient morning departure and arrival times. 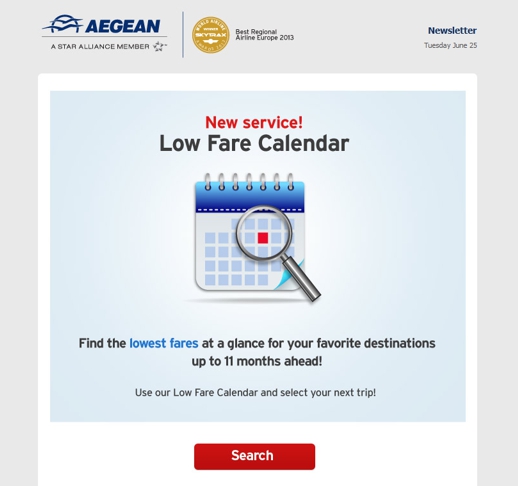 Look way ahead: Two Greek airlines have enhanced their online booking systems with new calendars that make it easy for travellers see the lowest available airfares for the next 11 months.

In their regular weekly email updates this week, Aegean Airlines and Olympic Air both announced their new low fare calendars, which provide at-a-glance information on the cheapest airfares being offered over the course of the following 11 months.