Are you thinking about visiting the Greek Islands for the first time? Or are you a repeat visitor wondering where to go on your next island-hopping holiday? There are hundreds of destinations you could consider, but this visual guide could help you narrow the myriad options down to a more manageable shortlist!

Provided courtesy of Ireland-based SunSearch Holidays, the infographic offers brief descriptions of islands that might appeal to you the most, based on your personal interests and preferences and the time of year you’re planning to travel.

Regular readers of my blog will be familiar with many of the recommended destinations already, especially in the Cyclades group of islands, from my numerous trip reports and photos. There are, however, a few specific additions I would suggest for the “Best For” section of the graphic (beneath the map of Greece), based on my own personal experience from a decade of island hopping vacations.

I would add Naxos and Milos to the list of islands that are best for beaches, and I’d mention Naxos as one of the best for cycling, too. And since its more than 300 restaurants make it a top travel destination for foodies, I definitely think Mykonos should be included on the list for food and drink. (In fact, my reports about Mykonos restaurants are among the most searched and read items on my blog, according to Google statistics.)

For more in-depth information about the Islands, pick up some Greek travel publications from your local library or bookstore, and take some time to explore Visit Greece, the official website of the Greece National Tourism Organisation.

Many thanks to SunSearch Holidays for inviting me to post their infographic! 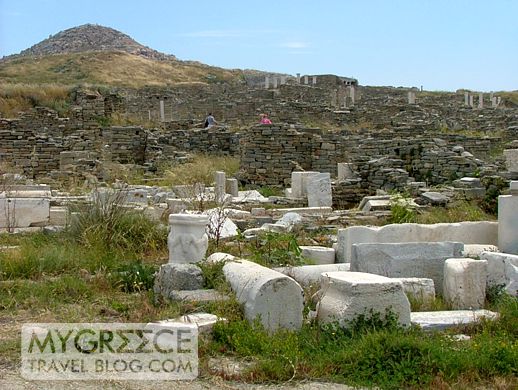 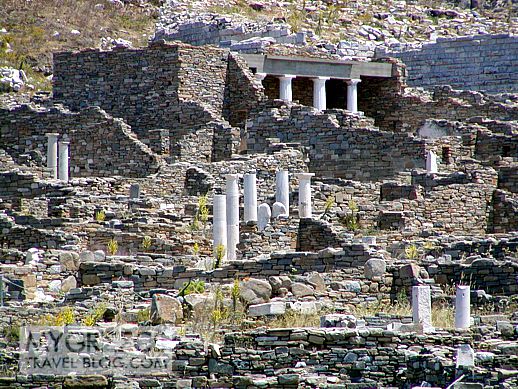 … an outstanding archaeological site where visitors encounter the vestiges of ancient Greek history and mythology as they wander the vast outdoor museum to explore remarkable ruins like the House of the Tritons, above

Daytripping back in time:  One of the top sightseeing attractions for visitors to Mykonos isn’t even situated on that island — it’s a short ferry ride away, on a separate island altogether.

It’s Delos, a UNESCO world heritage site where visitors can observe scores of antiquities and other riveting remnants of ancient Greek civilization just by wandering through remarkable outdoor ruins and a museum filled with amazing archaeological treasures. 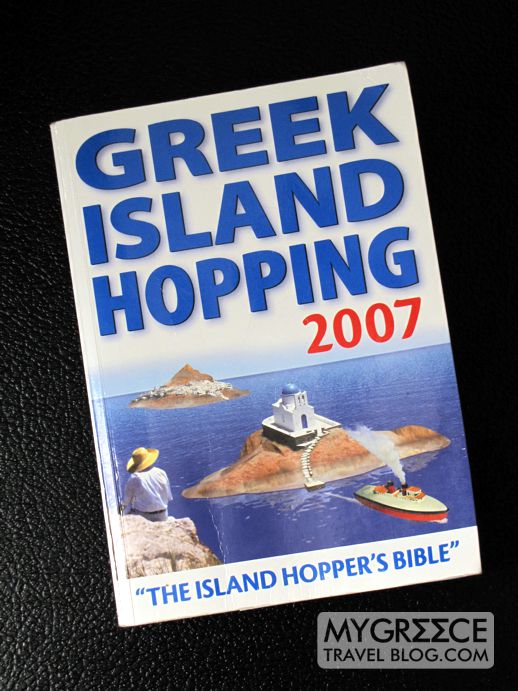 Great guidebook: It’s already five years old, but much of the information in my well-worn copy of Greek Island Hopping 2007 is still so relevant and useful, this is the first book I pick up whenever I need to plan a trip or find an answer for questions that friends or I might have about travelling in Greece.

Known as the Bible of Greece travel guidebooks, the Greek Island Hopping series is written and researched by Frewin Poffley, who packs an incredible amount of detailed and helpful information — along with maps, illustrations and photos – between the covers of each year’s thick paperback edition. (There are 720 fact-filled pages in my 2007 version.) 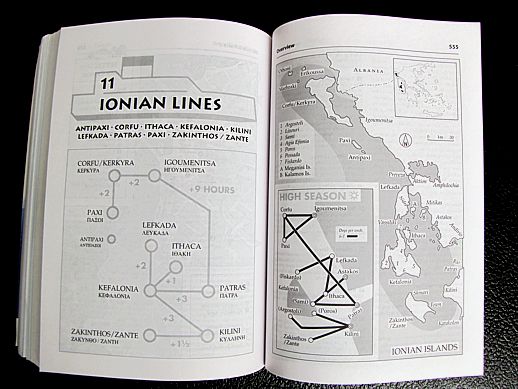 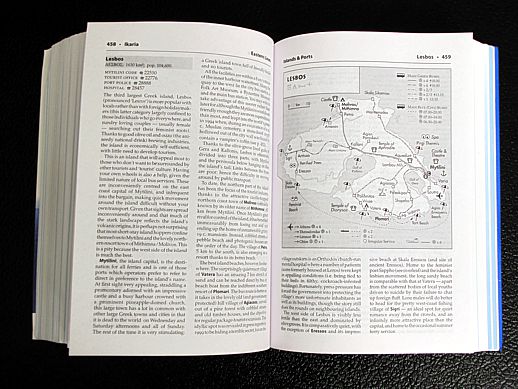 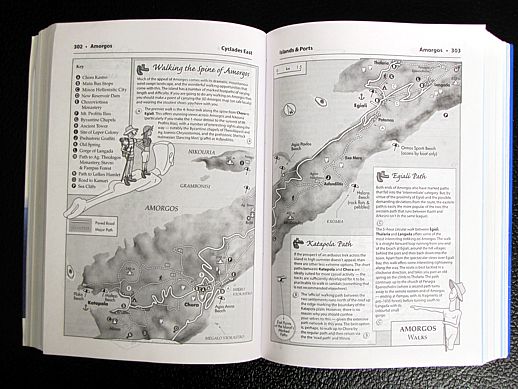 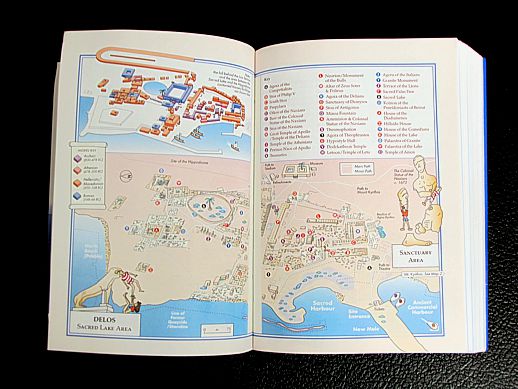