Autumn glory: Don’t be surprised if you feel a powerful urge to pack your bags and travel to the Pelion area of Greece after watching the video I posted above. That seems to be a common reaction for many people who have seen and shared it on social media this week.

Pelion – Greece – Fall 2015 is a gorgeous short film that spotlights beautiful autumn sights and scenery from the area around Mount Pelion, which is situated about an hour’s drive northeast of Volos, a city in Greece’s Thessaly region.

The video project was produced and directed by George Giampuranis and filmed by his friend,  Christopher Dormoy, a photographer and interactive graphic designer who works at the Montreal advertising agency Sid Lee.

In notes for the film’s profile page on Vimeo.com, Dormoy observes that Mount Pelion was “the mythical homeland to Chiron the Centaur and summer residence of the gods. Mount Pelion remains beautiful all year round with its pristine and diverse beaches, lush forests with miles of hiking trails, skiing in the winter, and picturesque villages that seem to refuse change as they maintain their traditional architecture with warmth and charm.”

As you watch the video, you’ll quickly see why the Greek gods chose Pelion for their summer home — and you’ll understand why you might suddenly want to go there, too.

Don’t worry if you haven’t got a clue where to stay or go for dinner once you arrive — in the film’s Vimeo profile, Dormoy has helpfully included links for several hotels and restaurants in the area where he filmed scenes for the video. Have a look in particular at the photo gallery on the website for The Lost Unicorn Hotel in Tsagkarada — its images of Pelion’s wonderful landscapes and amazing scenery will make you want to visit the area even more. 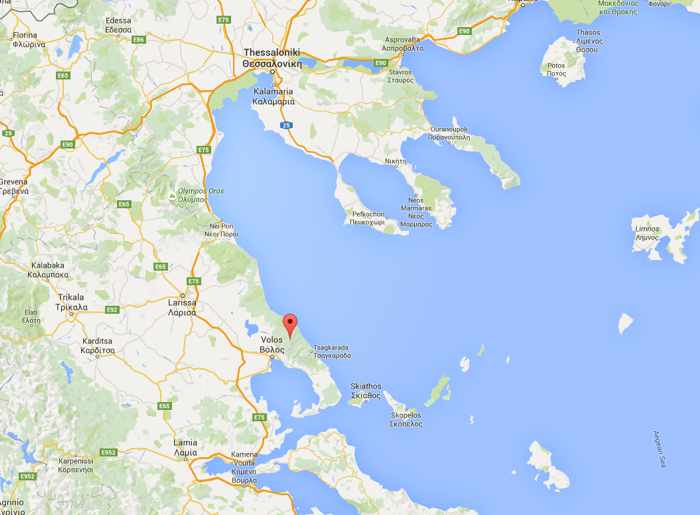 Although Vimeo member TKYSSTD produced Meteora: Six Monasteries on the Rocks just for editing “practice,”  I was blown away by the video’s breathtaking bird’s eye views of Meteora’s remarkable scenery

Since we’re big fans of island vacations, we haven’t travelled much on mainland Greece yet. Besides several stays in Athens and its beach suburbs of Glyfada and Voula, our exposure to the mainland has been limited mainly to the city and to places along or near the Athenian Riviera as far as Cape Sounion. We do plan to venture farther afield, though, and are considering some mainland destinations for our upcoming Greek holiday in May.

One of the places I’d love to see is Meteora, famous for its soaring rock “towers” crowned with monasteries originally constructed in the 16th Century.

Although photos of the stunning Meteora landscape have fascinated me for years, I didn’t make an effort to get there because I was under the impression it was an area to see only for a couple of hours on an organized bus tour — and I personally can’t stand travelling on a tour coach. I suppose that hearing about Meteora only from travellers who had seen it on a quick coach tour or a during a brief stop on a driving holiday didn’t make me more motivated to go. 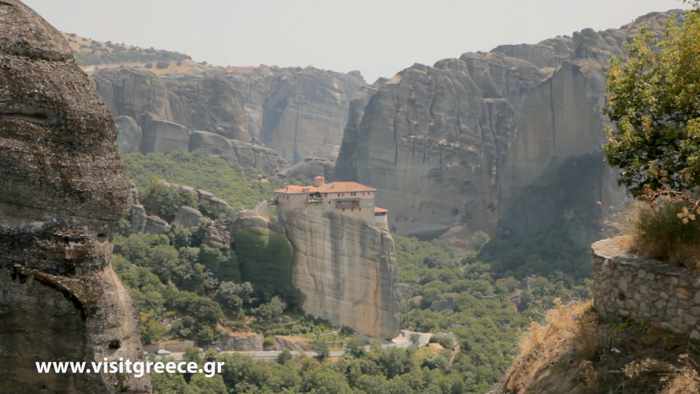 A Visit Greece Flickr photo of a monastery at Meteora

But when I stumbled upon the Visit Meteora website and discovered the variety of excursions available in the area (including sunset tours), as well as activities like hiking, mountain biking, horseback riding and rafting, I realized it was time to keep Meteora in mind for one of our future holidays.

Seeing the Meteora: Six Monasteries on the Rocks video that I posted above got me even more interested. I started Googling for more information about Meteora, and thought I’d share links to some of the websites I found in case any of my readers might be interested in visiting Meteora sometime, too.

Some of the links are for commercial tour or travel sites, while others are for personal blogs or travel journals. All contain lots of interesting and helpful information as well as photos.

Meteora-Greece.com offers a quick overview of the area, travel directions, general information and a few photos.

AirPano features a 360-degree virtual tour along with a gallery of superb photos posted in June 2014 by Stas  Sedov, Dmitry Moiseenko and Mike Reyfman.

Communicating with the Gods in Meteora, Greece is a lively photo-illustrated account of a July visit by New Zealand-based travel enthusiast Liz, who writes the widely-followed Young Adventuress blog.

The Wonder that is Meteora is an illustrated and highly-detailed personal travel journal describing a 4-day trip to Meteora from Athens back in 2003.

Last but not least, the Greek language version of Trivago’s Checkin blog features a number of insightful articles about Meteora. It’s part of a project in which Trivago and the Visit Meteora website are promoting Meteora as a top destination for religious tourism.

A photo from the Visit Meteora travel site, which offers a variety of daytrips and organized tours to the historic area in Central Greece