Beautiful coast and village scenery abounds in Mani, The Luxury of Remoteness — a 4.5-minute video by TAK Films & Frames

Rugged beauty: Thanks to amazing experiences in the Peloponnese during three visits in the past three years, the region has become one of our favourite holiday destinations in Greece. Though we have covered considerable ground, there’s one significant part of the Peloponnese remaining on our bucket list — the Mani.

A rugged and remote peninsula, the Mani appeals to us not only because it’s off the busy tourist routes, but also since its scenic highlights include marvellous coastal landscapes, picturesque fishing ports, charming Byzantine churches and historic ancient sites, and fascinating fortified villages like Vathia, which boasts a striking skyline of imposing stone tower houses.

We’re even more keen to visit the Mani after viewing the video above, which was produced by TAK Film & Frames and posted to its Facebook page just two days ago.

Should watching the 4-and-a-half-minute film pique your own interest or curiosity in the Mani, here are a few articles and online resources you can peruse for further information, inspiration and advice:

♦  Inside the Mani — an online guide to  travel in the southern Peloponnese;

♦  Europe’s hidden coasts: The Deep Mani, Greece —  an article published by the travel section of The Guardian newspaper;

♦ The Mani Region page of the Feel Greece travel website, along with the related blog post 10 things you must do in Deep Mani;

♦ The Discover Greece web page Mani: Land of tower houses and castles, wild and untamed, plus the associated article Mani: An interplay of stone and light;

♦ The Mani page on the Hip Greece website for independent travellers;

♦ The article Spring Destination: Wild yet gentle Outer Mani, from the Greece Is travel, gastronomy and culture website; and

♦ The post Exploring Mani in the depth of the Peloponnese, from the travel blog Two Travelling Greeks. 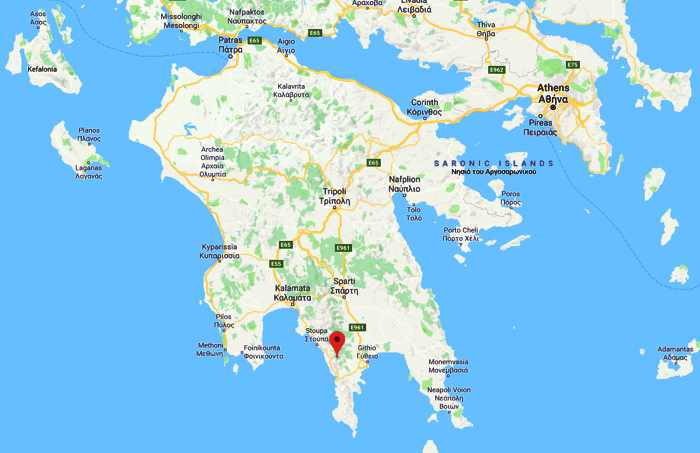