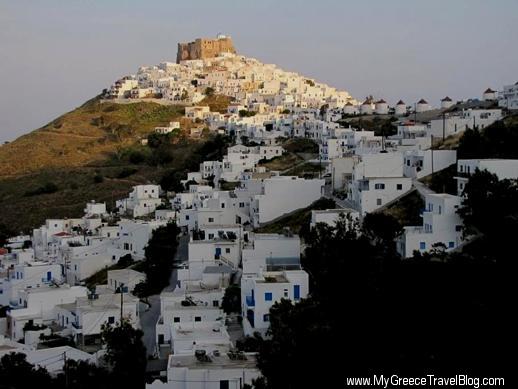 Pic of the day: A street of churches on Patmos 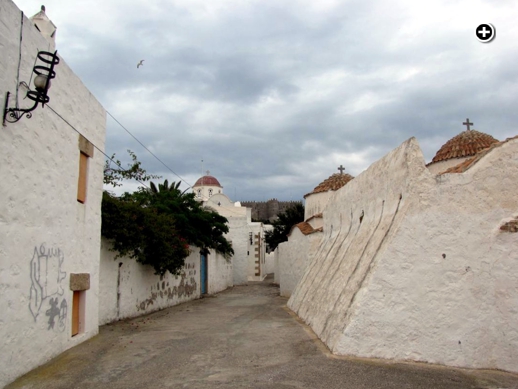 Stormclouds pass above churches in Chora village on Patmos. Part of the Monastery of St John is visible at the end of the street.

Pic of the day: Astipalea’s castle and windmills 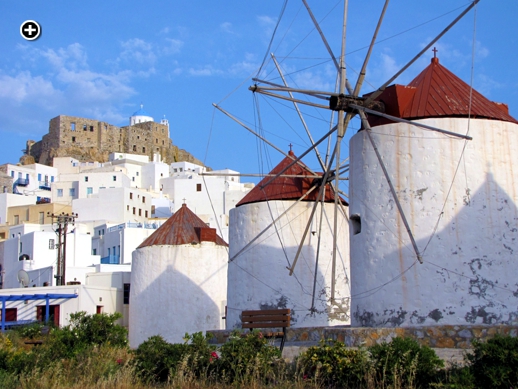 Pic of the day: Church of the Panaghia at sunset 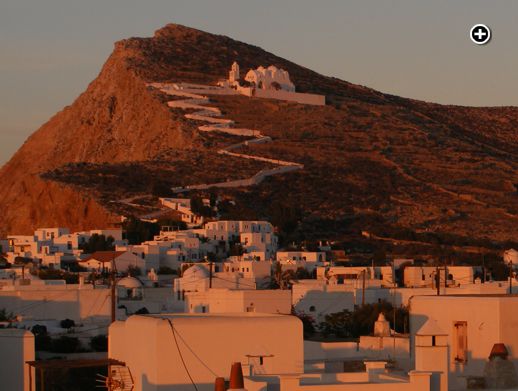 A sunset view of the stunning Church of the Panaghia, which clings to the steep mountainside above Chora on Folegandros

Getting a wider perspective of Chora on Ios

Chora, the scenic main village on Ios, is viewed in this panoramic photo shot from a hilltop on the south side of town. Click on the photo to view a larger-size image.

No more squinting: The narrow display column on my blog limits the size of photos I can publish — and that simply doesn’t do justice to panoramic or widescreen pictures that must be scrunched to fit the tight space. But the new app I mentioned in my previous post (the one below, featuring photos from our hike in the valley above Aegiali on Amorgos) now lets me publish pictures that will literally pop out of the page into a larger, easier-on-the-eyes format when you click on them.

This gives me the chance to share some shots of what is not only one of the most picturesque towns in the Cyclades, but also one of my favourite Greek Island villages — Chora, on Ios (often called Ios Town by many).

A typical Cycladic village of whitewashed buildings and blue-domed churches, Chora straddles the top of a wide hill roughly midway between the Gialos port and beautiful Mylopotas beach.  The village actually is wedged between three other hills, including one to the south, one to the east, and an even bigger rocky peak to the north. 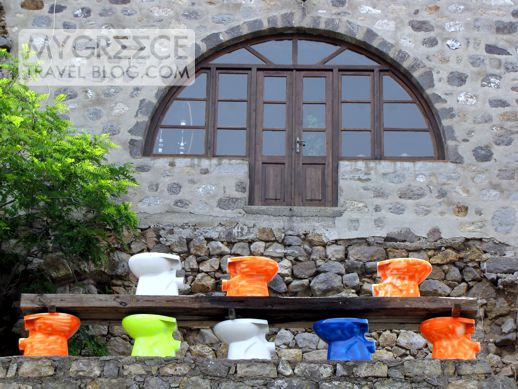 Toilet humour on Patmos? I wasn’t sure whether this colourful display in Chora was an art installation or an advertisement for a bathroom supply shop! 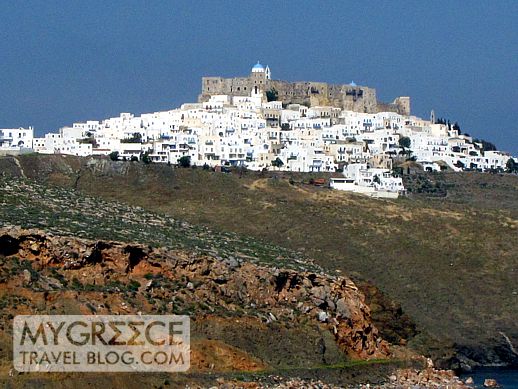 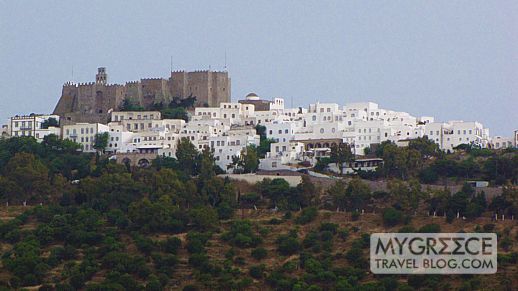