A Santorini church on the streets of Toronto 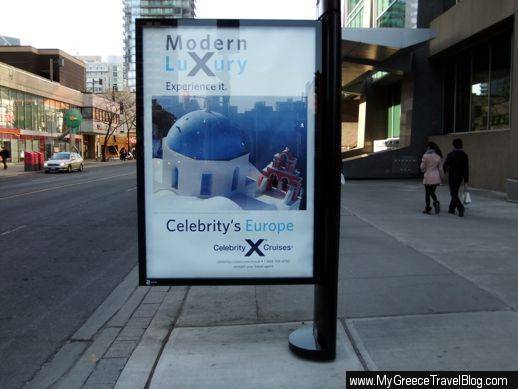 This pillar advertisement for Celebrity Cruises, near the intersection of Yonge & Bloor Streets in Toronto, features one of the most frequently photographed churches on Santorini 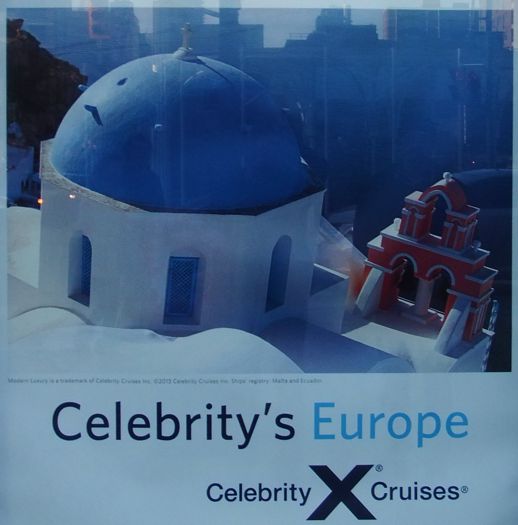 There are hundreds of blue domed churches in Greece, but this one in the village of Oia stands out from the rest thanks to its distinctive coral-coloured belltower

Picture perfect church: I think about Greece every day, but a cruise ship advertising campaign in downtown Toronto recently steered my thoughts to Santorini and the three times we’ve been to that particular island.

The “Celebrity’s Europe” poster ads for Celebrity Cruises featured one of the most photographed icons on Santorini — a blue-domed church with a coral-coloured belltower in the incredibly picturesque village of Oia, high above the wine-dark sea. The ads appeared on sidewalk pillars in different parts of downtown Toronto, and caught my attention whenever I went for a walk. The picture of the Oia church made me feel a tad wistful about our previous visits to Santorini, but also got me more excited to plan our next trip to Greece. (No, it won’t be a cruise — and we won’t be going back to Santorini.)