The video Flashmob @ Chania: Dancing with a Cretan Heart features great views of the beautiful Chania harbourfront — and a spontaneous pentozali line dance by dozens of local residents and tourists

Seaside line dance: I’ve been to the city of Chania in northwestern Crete only once — during a daytrip back in 2004 — but a video I discovered on YouTube the other day instantly took me back.

Flashmob @ Chania: Dancing with a Cretan Heart was filmed at the picturesque Chania harbourfront, which we enjoyed seeing during the few hours we had available to explore the city. We were on a whirlwind island-hopping tour — actually, our first-ever trip to Greece — and rented a car for a day so we could take a drive from Heraklion to see Chania and other parts of Crete.

Chania has an extensive history that dates back to the Minoan era (roughly the 27th Century BC to the 15th Century BC).  There’s a lot to see at Chania and nearby, but we only got to scratch the surface since we were so pressed for time. We’ve been meaning to get back and actually stay there for several days so we can see some of the many things we missed, and this video made me wish we were returning soon.

The film features two Cretan artists, George and Nikos Stratakis, who are having coffee at the Chania waterfront. When a young boy walks up and begins tapping a tabor on the table, George and Nikos take their cue and join in with their musical instruments. People in the crowd start clapping, and soon locals and tourists alike join in a spontaneous pentolazi, a traditional line dance.

The dancing is fun to watch, and there are plenty of shots of the scenic Chania waterfront that might make you wish you could soon visit the city, too.

The video was posted on YouTube by the HeartCrete Facebook page, which features photos of Chania and stunning scenery from places throughout Crete.

Syrtaki dancing on the Mykonos waterfront 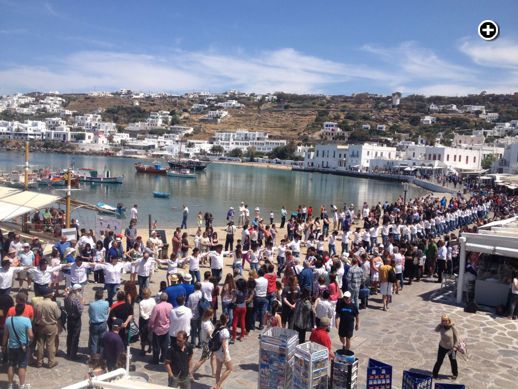 Skandinavian Bar posted this photo on its Facebook page today with the caption: “World record in Syrtaki dance now in Mykonos!!!” 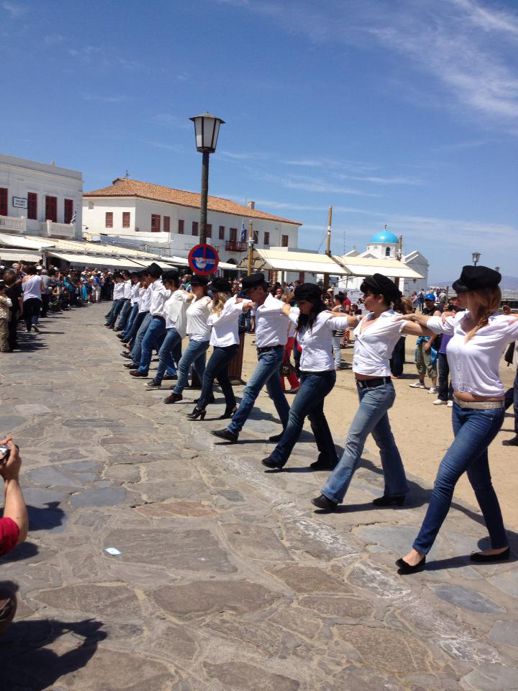 This video was posted on YouTube today by Ioanna Samiotaki 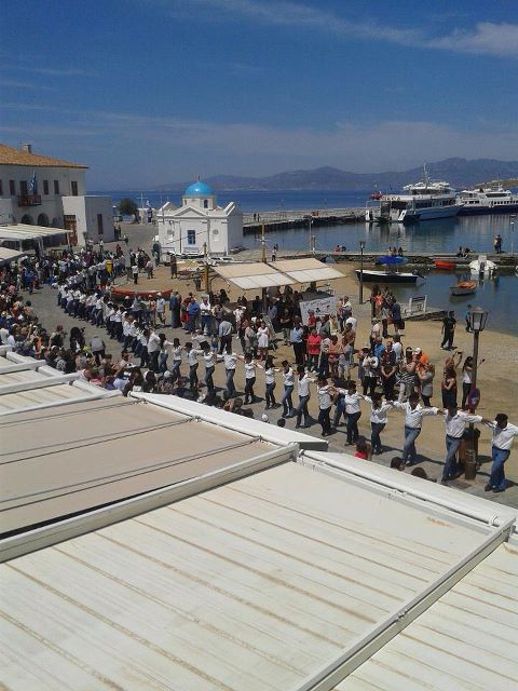 … along with this photo showing the dancers from a different perspective

This video was shot from the same vantage point as the photo above. It appears on the YouTube channel for John van Lerberghe. 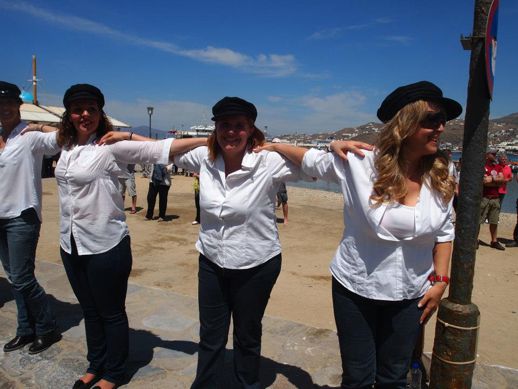 And this photo was posted on Facebook by Ioanna Samiotaki 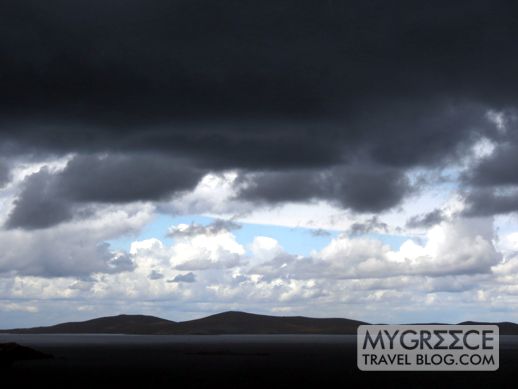 A promising patch of blue sky appears above Rinia island on the morning of Friday May 18 2012, while thick grey and jet-black stormclouds gather ominously above Mykonos in this view from the Hotel Tagoo swimming pool deck. 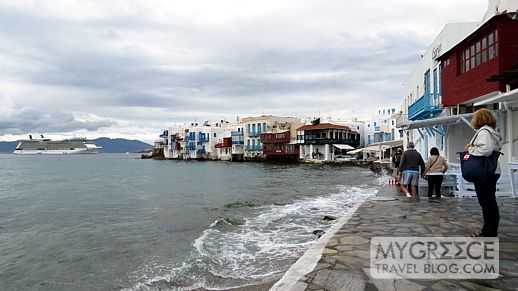 After two hours of torrential morning downpours completely soaked the island, the rain stopped, letting tourists and passengers from the Celebrity Equinox (left) enjoy their sightseeing at the Little Venice area of Mykonos Town (above) 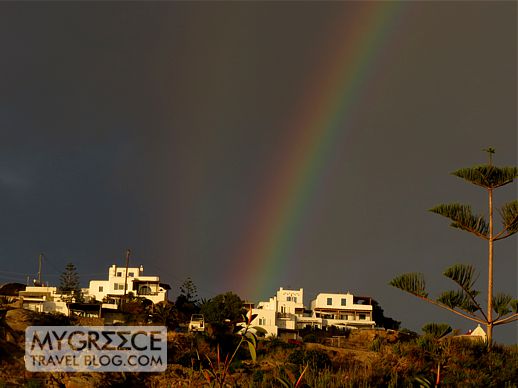 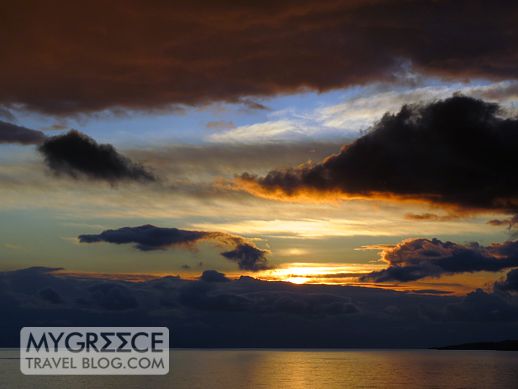 … and soon after was followed by a colourful and dramatic sunset

Rain, rain, go away: Even a morning of heavy downpours didn’t dampen my spirits on Day 5 of my Mykonos holiday.

When I left my hotel room to go for breakfast, I was shocked by the drastic change in weather from the day before. Strong gusts of very chilly winds were blowing jet-black stormclouds above the Agean, and though there were sunny spots in the sky above Syros, Rinia and other nearby islands, the steadily thickening cloudcover suggested Mother Nature was getting ready to unleash her fury on Mykonos.

In the breakfast room, one of the other guests asked a question I’ve never had to answer before: “What do you recommend doing on a rainy day in Mykonos?” “Read, sleep, go shopping, visit the archaeological museum or just go sit in a coffee shop or taverna and wait for the rain to stop,” I said. I actually wasn’t quite sure what I would do myself.