Where to go in Greece: A video guide to 25 beautiful places

So many pretty places:  A new video from a popular travel blogger might prove inspiring and helpful to people who are hoping to visit Greece for the first time, but don’t yet have a clue where they would like to go.

25 most beautiful towns to visit in Greece was released January 22 by U.K.-based photographer/videographer Hal, whose Lifestyle Hal travel channel on YouTube has nearly 32,000 subscribers.

We think the film is worth checking out by would-be Greece travel newbies since it provides a good introduction to some of the country’s leading island and mainland tourist destinations.

The video clocks in at just over 27 minutes, profiling each place in its own distinct and succinct segment of approximately one minute apiece. Beautiful aerial and ground-level video footage is accompanied by a voice-over narration in which Hal describes key features and attractions which distinguish each destination.

We feel the video’s title is a bit of a misnomer, though, since the film focusses primarily on islands, rather than towns, with a pair of major archaeological sites — Delphi and Delos — included in the list, along with the magnificent monastery-topped rock formations at Meteora, and Sarakiniko beach on Milos island.

The film doesn’t reveal any off-the-beaten-path hidden gems or secret hideaways — all of the places that Hal highlights are long-established, well-known tourist draws reachable on regular ferry or flight schedules or, in the case of a handful of spots on mainland Greece, along major roadway routes.  But all are beautiful and well worth visiting as we can personally attest, having been to 16 of the spots on Hal’s top 25 so far.

And even though we’re familiar with all of the destinations, we still enjoyed watching Hal’s video of gorgeous sights and scenery, and hearing his personal perspective on each place’s attractions and attributes. 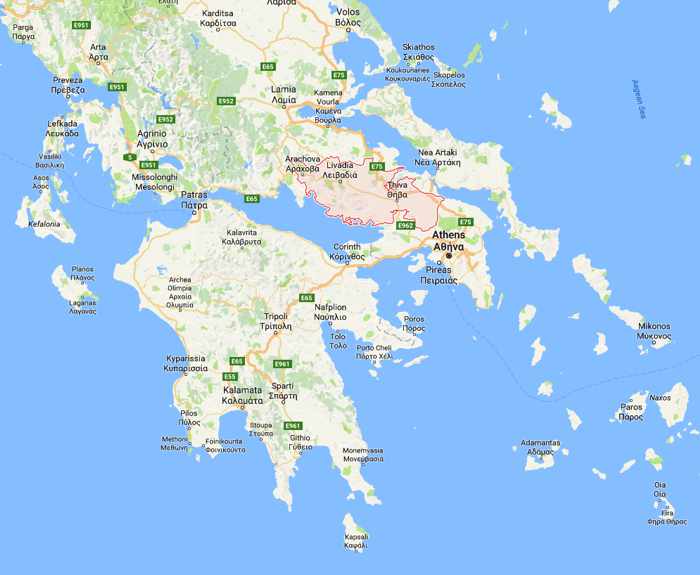