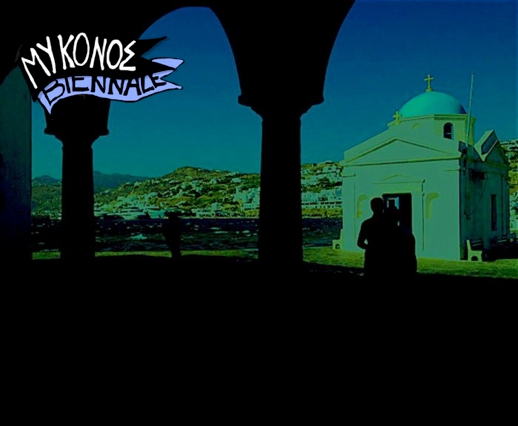 This promotional image for this weekend’s Mykonos Biennale depicts a view of the picturesque blue-domed church at the Mykonos harbourfront, as seen from the entrance colonnade at the Mykonos Town Hall

Cult event: Most people associate Mykonos with beautiful beaches and scintillating nightlife, but this weekend the island will draw international attention for arts and culture instead as it plays host to an avant-garde festival of visual art, music, dance and film.

The Mykonos Biennale, a cult event featuring a video film festival, contemporary art installations and live dance and musical performances, takes place at a variety of venues in and around Mykonos Town as well as on nearby Delos island during the four days starting Friday June 21.