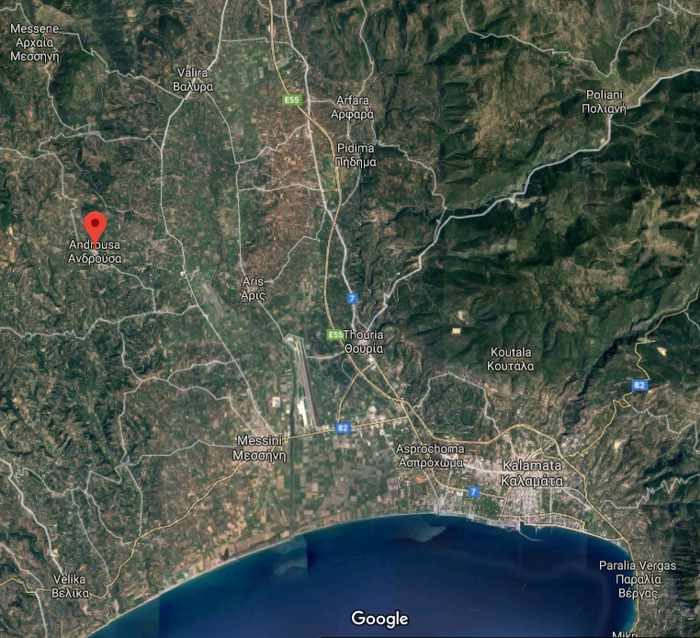 The red marker on this Google Maps satellite image of Messenia shows the location of Androusa Castle, approximately 22 kilometers northwest of the city of Kalamata. 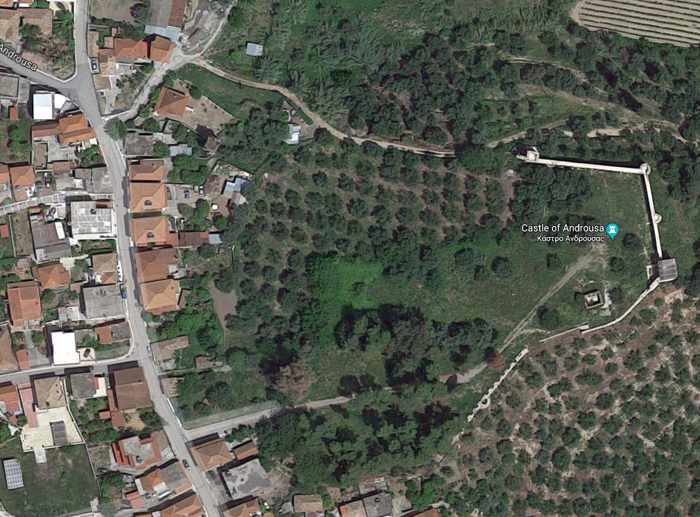 The Androusa Castle site and the adjacent village are seen in another satellite image from Google Maps.  The castle’s recently-restored eastern wall is clearly visible near the upper right corner of the picture. 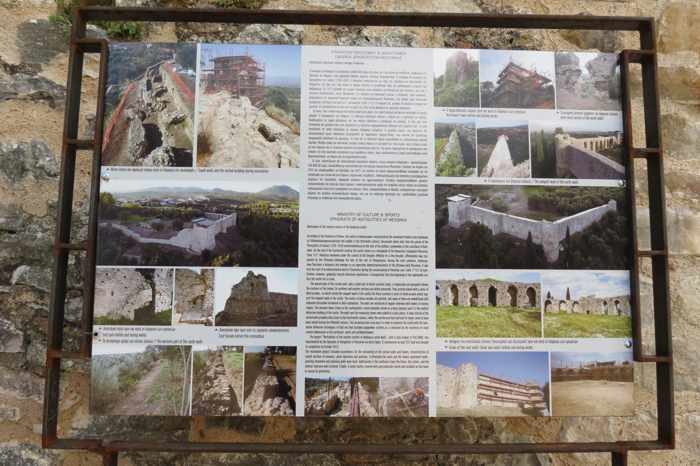 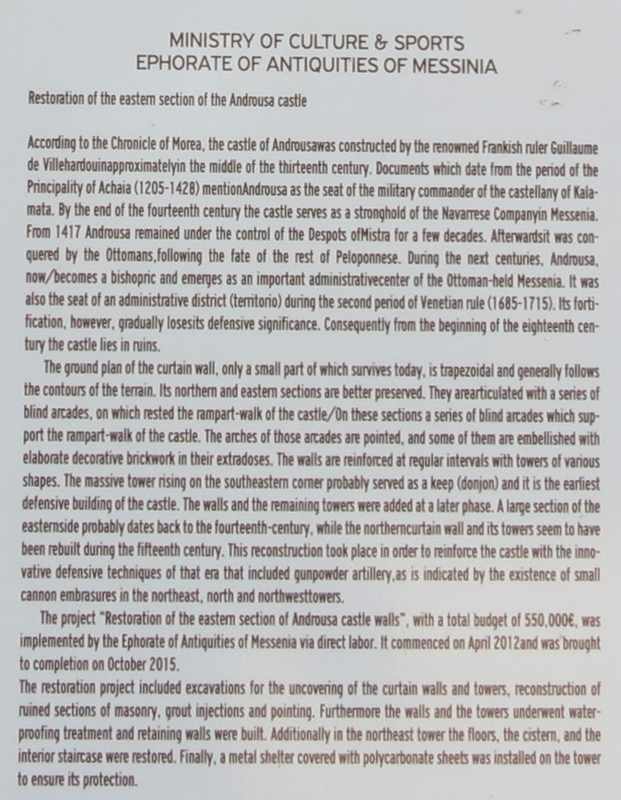 The information plaque includes this text describing the castle’s history, its key architectural design features, and the recent restoration project 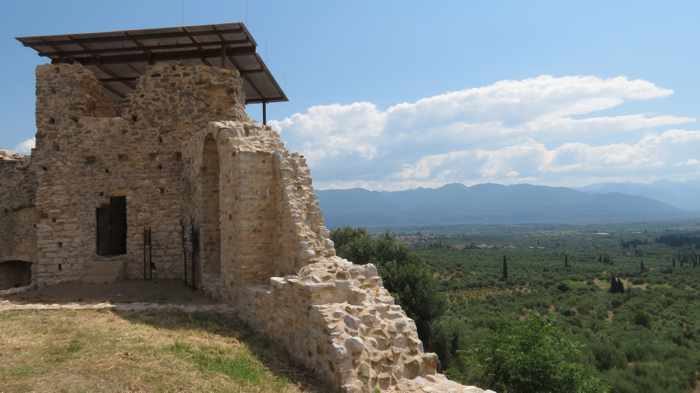 There’s a commanding view of the Messenian countryside from this vantage point near one of the restored towers at Androusa Castle. The metal “roof” was added several years ago to help protect what’s left of the tower from the elements. 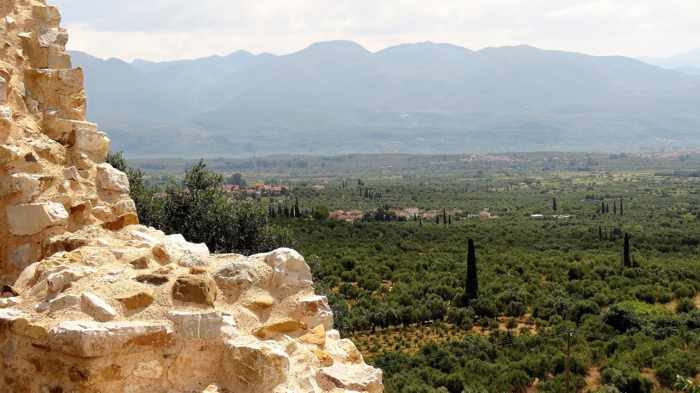 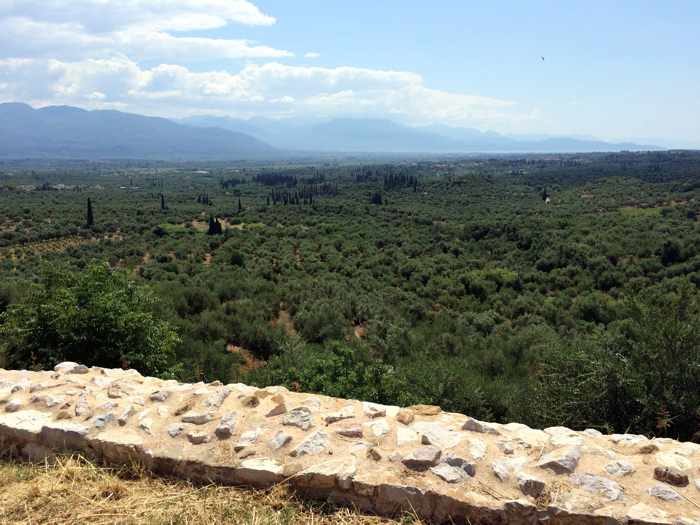 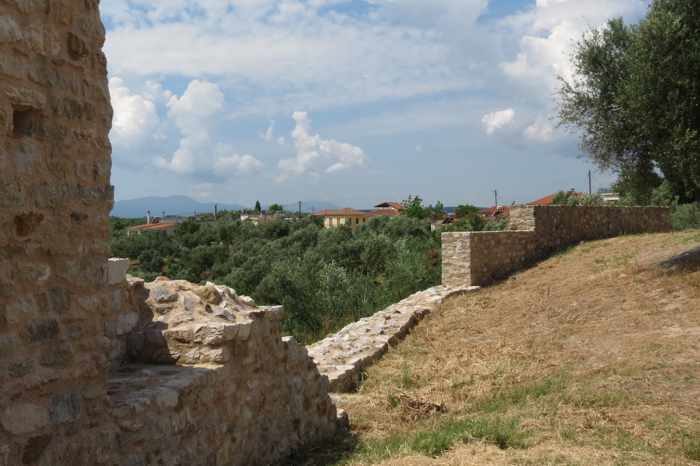 Castle view toward some of the houses in Androusa village 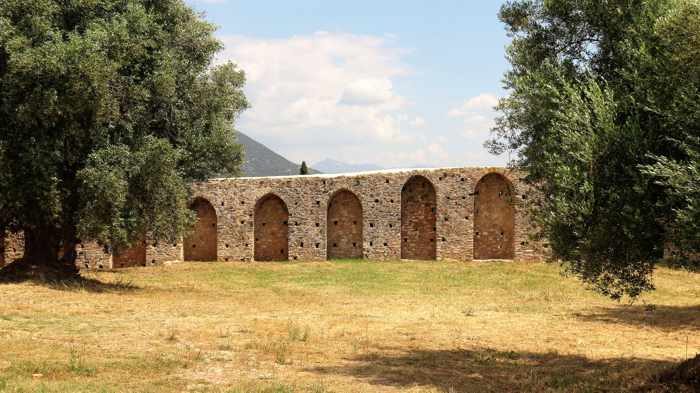 Arcades line the inner side of the castle’s curtain wall. 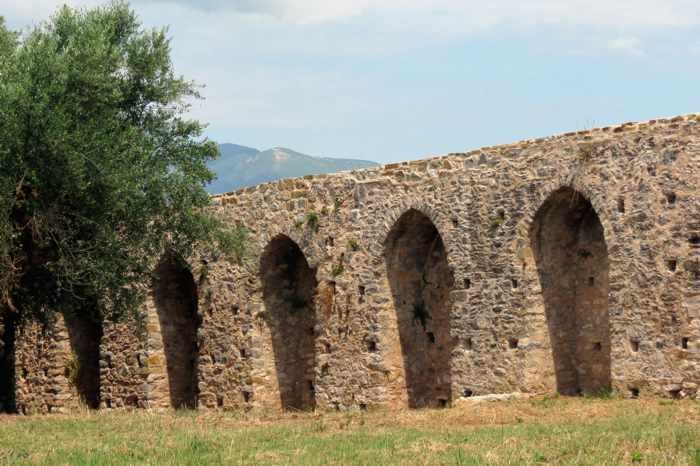 A rampart walk extended along the top of the wall 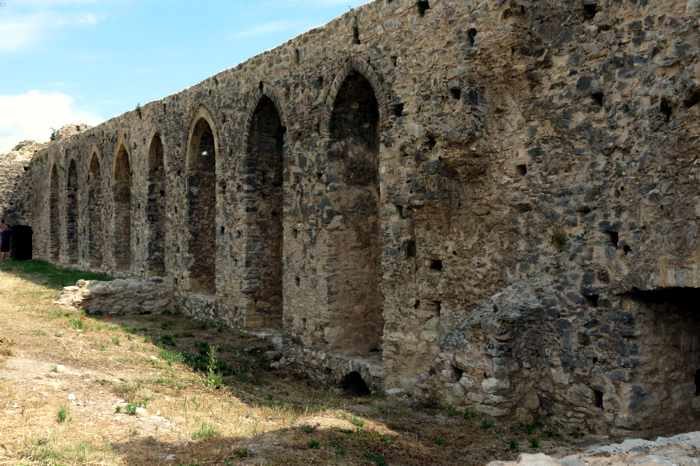 The fortress was built in a trapezoid shape, but most of the walls no longer exist. 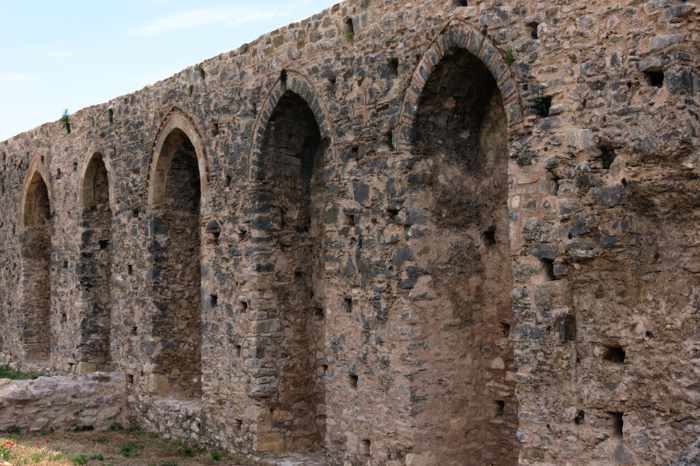 Decorative brickwork adorns some of the arcades’ pointed arches 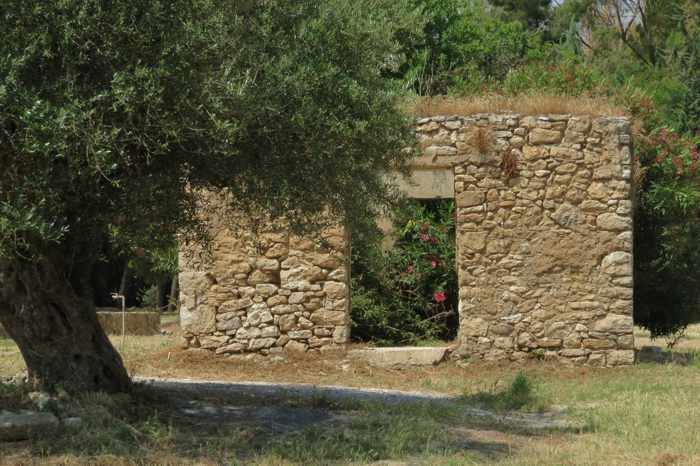 The remains of a small stone structure on the castle grounds 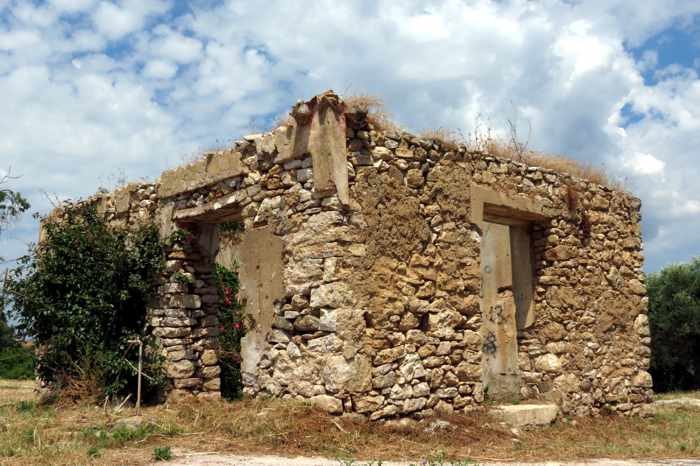 Another view of the stone building inside the castle walls 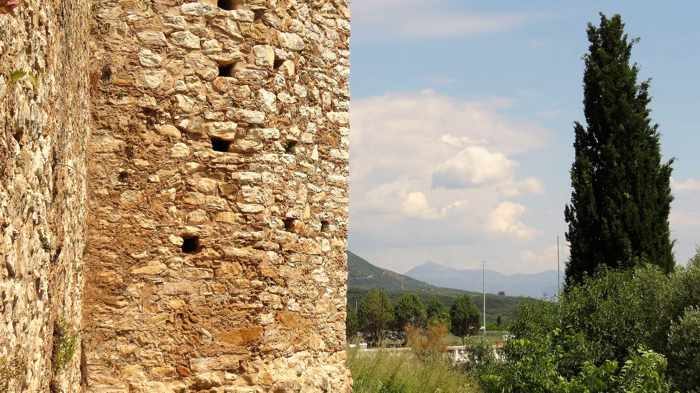 Outer wall of the tower on the castle’s southeastern corner 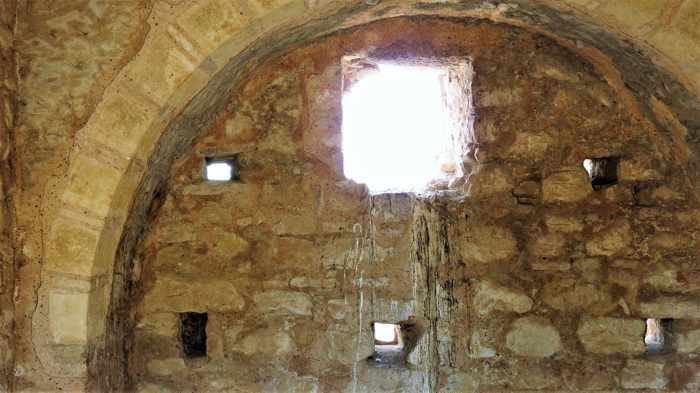 The inside wall of the corner tower 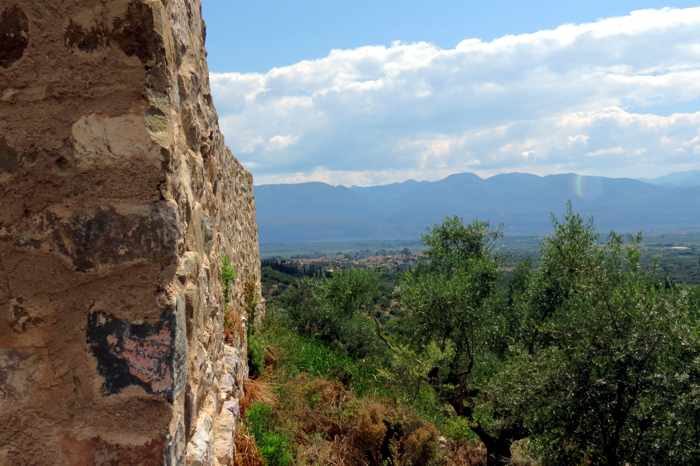 Looking to the east along the castle’s exterior wall 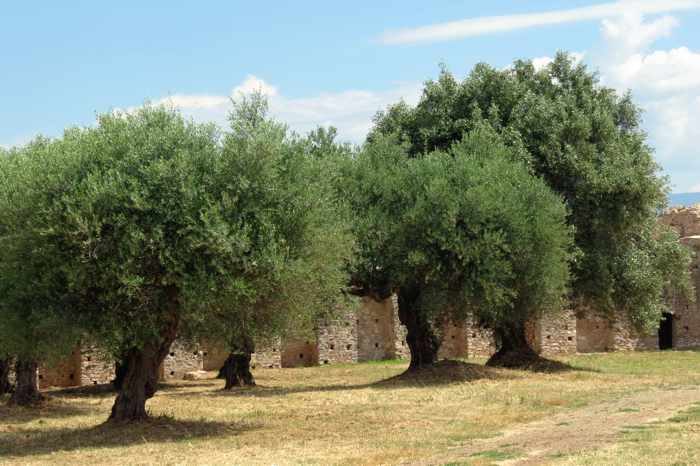 Olive trees on the castle grounds 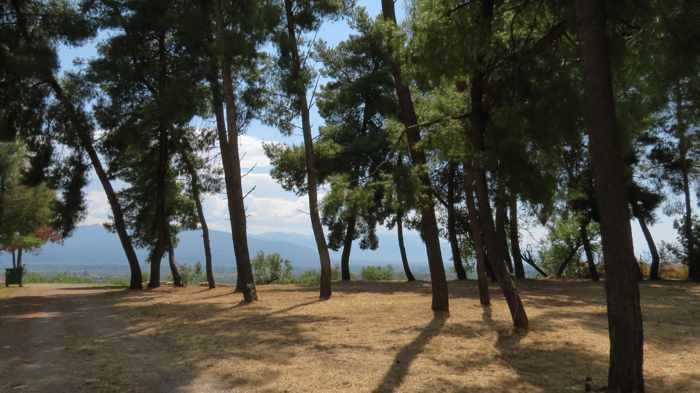 A stand of tall pine trees on the castle grounds