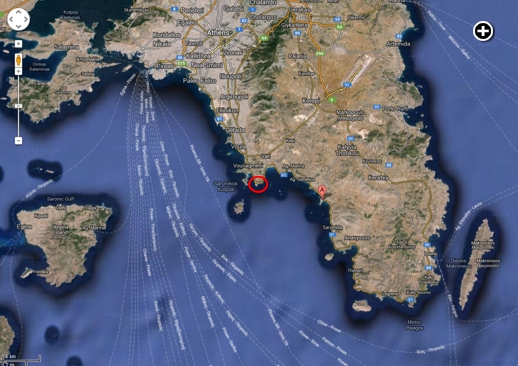 This Google map shows the Saronic Gulf and the Apollo Coast southeast of Athens. The red circle in the center of the map shows the approximate location, just south of Vouliagmeni, where we stopped to take the photos illustrating this post. Click on the image to view a larger map.

During our scenic tour, our friends also drew our attention to numerous cars parked on the shoulder of the road, particularly along stretches of the Apollo Coast highway between Vouliagmeni and Varkiza. They explained that, dozens of meters below the road and completely out of sight of the passing traffic, were numerous coves, inlets and rocky shoreline areas where local residents and some in-the-know visitors would swim and sunbathe and enjoy the great scenery and solitude — often in the nude, out of sight of the couples, groups and families crowding the organized beaches elsewhere along the coast.

Our hosts pulled off the road at several lookout spots so we could get out of the car to see for ourselves. Sure enough, far below the highway, we saw adult sunbathers of both sexes scattered across the rugged shoreline, as well as a few people swimming in the sparkling sea. Most were completely nude, obviously working on their all-over tans. There weren’t any soft sand beaches, just long stretches of rock outcroppings and smoother stone ledges; nevertheless, these coastal areas looked much more relaxing and inviting than the busy beaches we checked out during our sightseeing drive. Getting to them, however, would require hiking down steep trails and dirt footpaths — followed by a thigh-burning climb back up at the end of the afternoon. 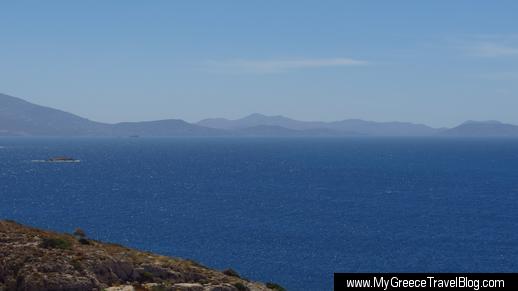 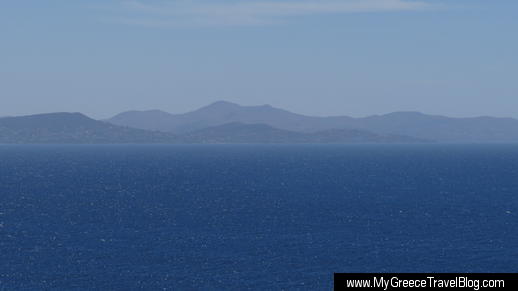 Looking south along the Apollo Coast, from a highway lookout point a few kilometers south of Vouliagmeni 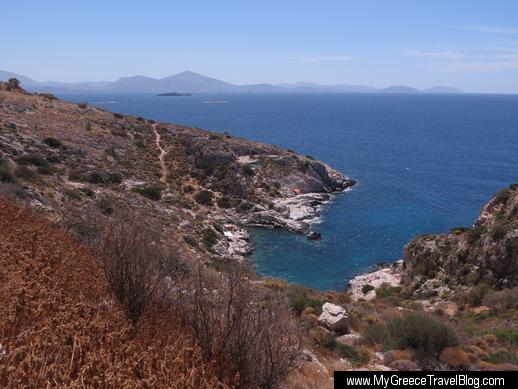 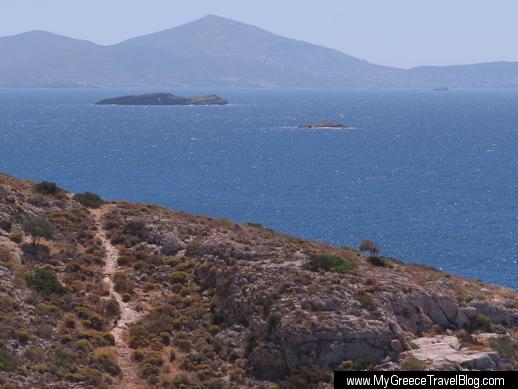 The shoreline is accessed by dirt trails, like the one visible at left, that wind down the hillside below the main highway 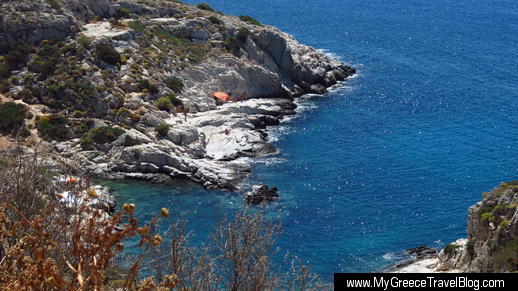 Looking toward a rocky point popular with nude sunbathers 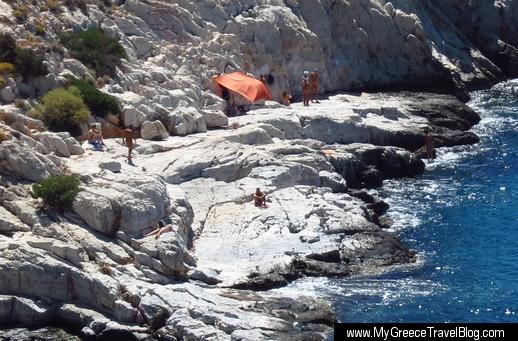 Some sunbathers sit or lay on towels on the rocks, while others erect canopies to provide shade from the blazing sun 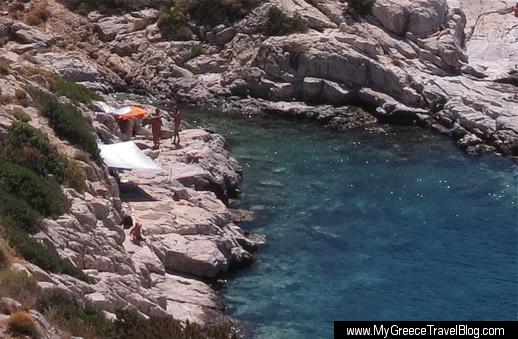 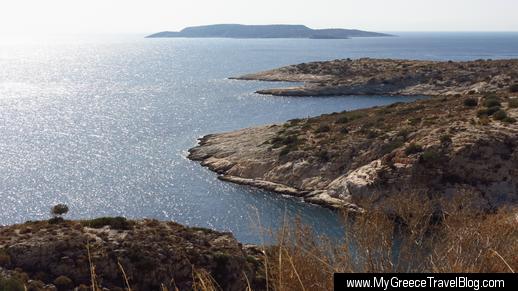 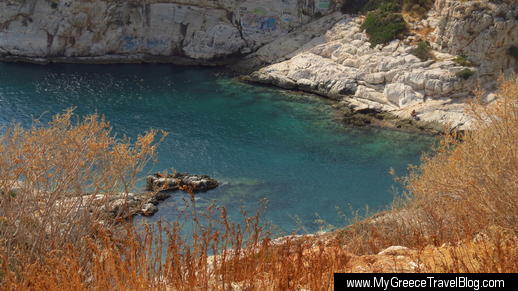 If you don’t like sunbathing on rocks and prefer wading into the sea from a beach of soft sand, you won’t like the seashore here. Stick to the public and private beaches along the coast instead. 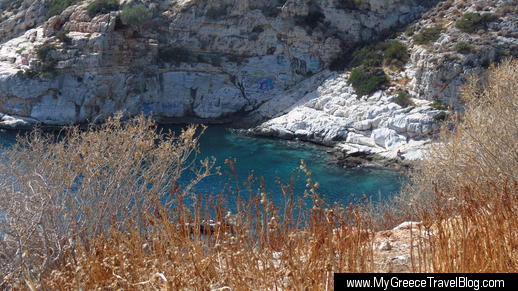 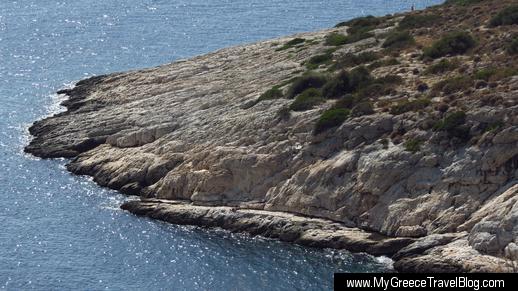 Part of the coastline on the peninsula south of Vouliagmeni 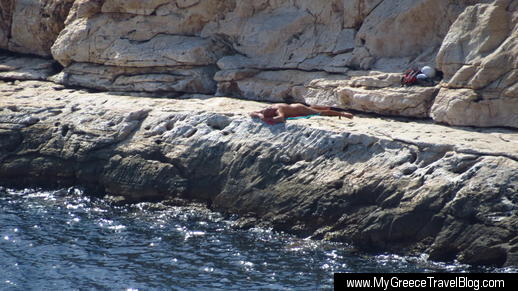 A nude sunbather has a long ledge entirely to himself 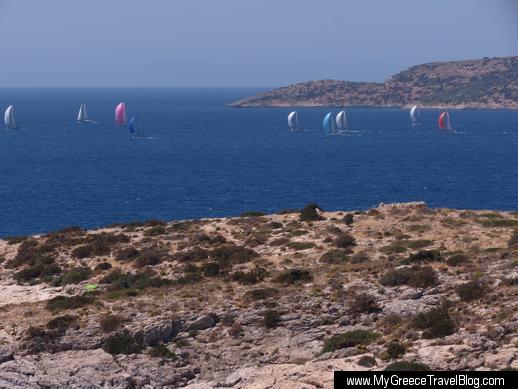 The Athens to Sounion highway, and the seashore below it, offered good views of a regatta being held by a sailing club in Varkiza 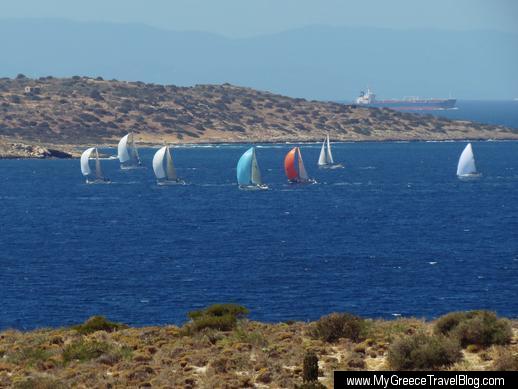 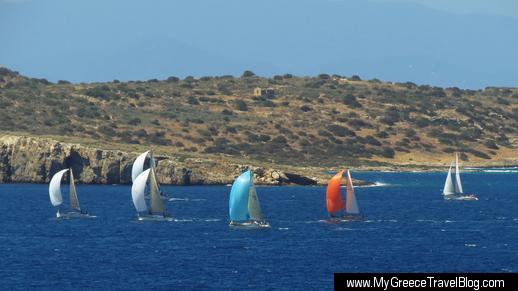 These sailboats are passing close to Fleves island 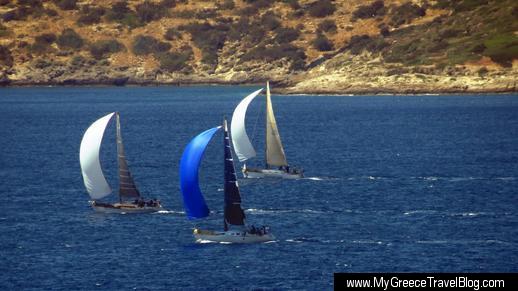 This particular regatta took place on May 25 2013

A brief videoclip showing the Apollo coast between Varkiza and Vouliagmeni

This is a link to The Apollo Coast/Athens Riviera album on MyGreeceTravelBlog’s Flickr page. The album contains full-size versions of the pictures in this post along with dozens more photos shot between Glyfada and Varkiza on the Apollo Coast. Click the image once to view a slideshow, or click twice to open the album so you can view individual photos in full-size format.