Hang on! Handpan player Spyros Pan performing in live concerts across the Cyclades this summer 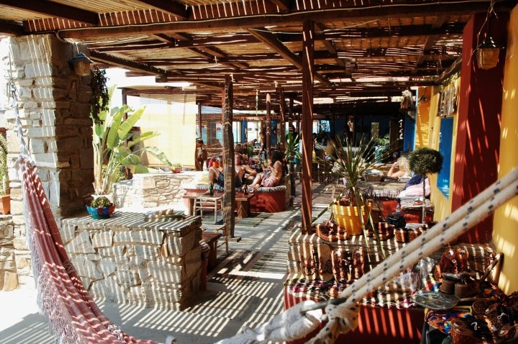 The highly popular beach bar, which has a wide reputation for hosting ethnic and world music performances, also is well-known for its delicious food — an eclectic menu of Greek, Mediterranean, Asian, Mexican, seafood and vegetarian dishes. In fact, Magaya is the #3-rated restaurant in Paroikia on TripAdvisor.com. It’s the perfect place to go if you’d like some variety or just want a break from a regular Greek diet of souvlaki and moussaka.

If you’re not on Paros this weekend, you might still be able to catch Spyros Pan in concert if you’re island hopping in the Cyclades the rest of July or early August. Pan has two performances scheduled for Amorgos island next week — he will appear July 17 at Seladi Café-Bar in Tholaria village, and July 18 at The Que beach bar in Egali.

Pan also has three concerts set for the Small Cyclades island of Koufonissi, where he will play at Kalofego Café at Pori Beach July 19 and 20, followed by a show at the Milos Café-Bar on July 21. So far, just one performance is set for next month — at Skatzohiros Café-Bar on Donoussa August 8 — but more concerts will likely be scheduled for other venues and islands. Check Pan’s Facebook page for updates. 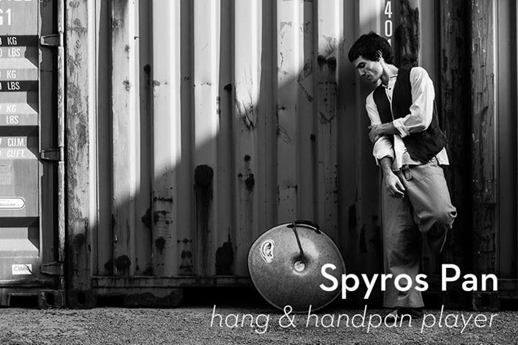 This photo of the musician appears on Spyros Pan’s Facebook page, which features videos, information about his performances, and hundreds of pictures

Pic of the day: Santorini village views from Oia