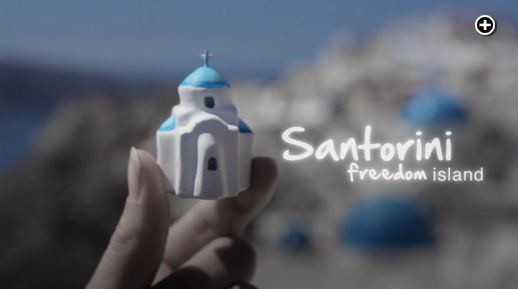 A screen capture from Freedom, a fabulous 5-minute film by Vasili Pasioudis

Simply breathtaking: It has been available for online viewing on Vimeo for the past two years, but today was the first time I saw Freedom, a superb film showing Santorini’s spectacular scenery, and I just have to pass along the link so others can see it, too.

Produced by Aegean Films, the five-minute film by Vasili Pasioudis tries “to show that despite all the modern day craziness in this world, there are still corners of this globe one can run to, to forget about ‘things’.”

Watching the film certainly made me forget about everything else for five minutes — and then made me wish we were going back to Santorini during our upcoming Greek holiday this month.

Below, I have posted three more screen captures of scenes from Vasili’s film, just to tease you with a few examples of the simply breathtaking, gorgeous scenes you’ll see in the film. (Don’t forget to turn up your speakers … the film’s soundtrack features music by Darren Hayes & Daniel Jones of Savage Garden.) 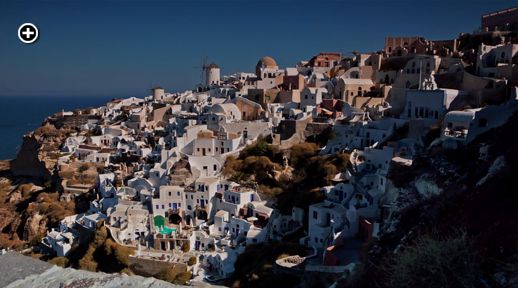 Early morning sunshine on the incredibly picturesque village of Oia 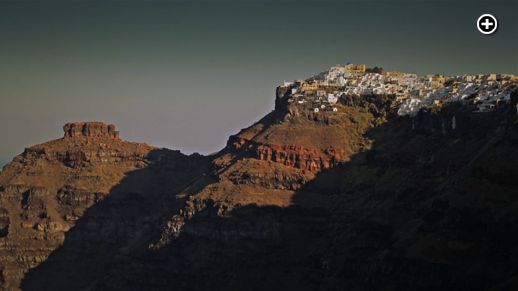 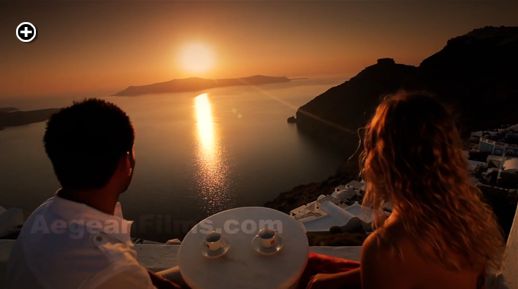 One of Santorini’s fabled sunsets, viewed from a clifftop café in Fira

Pic of the day: Terrace gardens in Glyfada