Mykonos 2022: Our guides to travel season opening dates for bars, clubs, hotels, restaurants, activities and attractions, plus new arrivals on the island 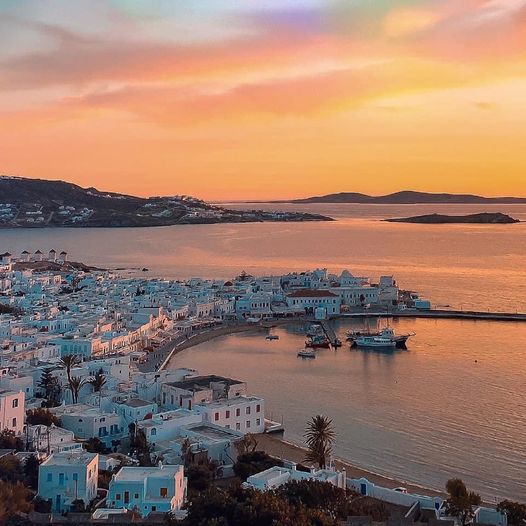 Open now and coming soon: If you’re planning to visit Mykonos in 2022 and are wondering what places will be open this season, and when, we’ve got that information for you.

We have compiled a series of articles to spotlight what’s happening on Mykonos this year, including exciting new arrivals; opening dates for hotels, bars, nightclubs, beach clubs and restaurants; as well as a listing of top activities and attractions.

For those of you who have been to Mykonos before, this collection of posts will show you what’s new for 2022, along with opening dates for your favourite hangouts.

If you have never been to Mykonos and are planning on paying it a visit for the first time, our series of posts will give you a preview of where you’ll be able to eat, drink, party and play — and will give you ideas for potential places to stay during your holiday.

♦ Season openings for hotels and other accommodations are included in Mykonos hotels, suites, studios and other places to stay 2022;

♦ Mykonos activities, tours and other things to do 2022 is a guide to activity and entertainment options other than swimming, sunbathing, shopping and partying; and

♦ our annual showcase of the island’s new bars, clubs, hotels and more can be found in Mykonos: What’s new for 2022. 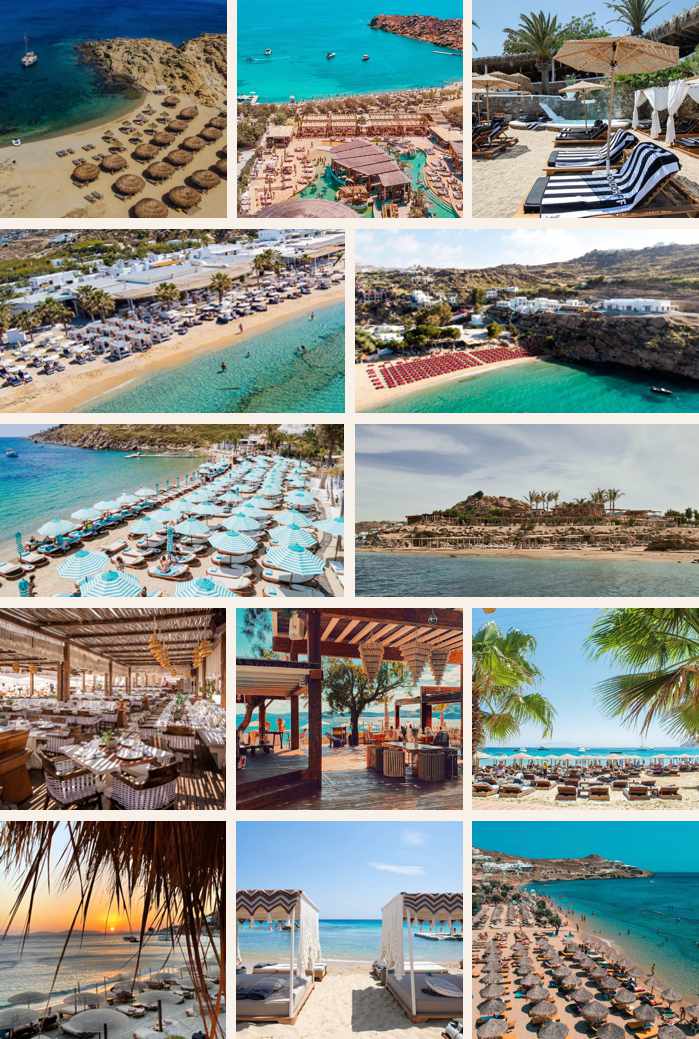 The beaches beckon: Judging by the messages we’ve been receiving, and the posts we’ve been seeing on social media, substantially more people are heading to Mykonos for holidays a lot earlier this year than in the travel boom years preceding the pandemic — most likely to make up for vacation opportunities lost during Covid lockdowns and restrictions.

The island welcomed a trickle of tourists in February, and the flow of visitors rose steadily during March.  Advance bookings indicate that April arrivals could set a record. It’s a sharp contrast to pre-Covid times, when May 1 was traditionally considered the beginning of the travel season and few people considered going to Mykonos before then.

While most of the off-season and early spring travellers realize Mykonos is primarily a summer destination, and expect things to be fairly quiet during their visits, many have still been asking: Which beach clubs will be open?

It’s a question we find surprising, since it suggests many people just aren’t aware that Mykonos and the rest of Greece get blustery weather and cold temperatures in winter — and sometimes even snow (see our posts The powdery white Mykonos  beaches few tourists ever see and After the Elpis snowstorm if you don’t believe us). And though the temperature tends to warm up during April, early spring isn’t the best time to visit if beach activities like sunbathing and swimming are priorities. (August and September are the best months for that.)

For anyone going to Mykonos after mid-April, though, the good news is they might get to spend some time at a beach club or bar, if the weather is decent. Paradise beach club opens on April 12, Principote on April 20, Alemagou on the 21st, Nammos on the 29th, and Tropicana — also at Paradise beach — is starting its season on April 30. At Super Paradise beach, a brand-new spot, Paraj, is aiming to open by the end of April, too. Four other venues — JackieO’ Beach, Pinky Beach, Scorpios and SantAnna — have announced opening dates ranging from May 6 to 16. We expect more will be opening by mid-May, if not sooner, especially if tourist traffic continues to increase significantly.

To see which beach clubs and bars are opening and when, keep scrolling through this post. We have compiled this list of opening dates,  and will be adding venues as soon as they reveal when they plan to start their seasons. So check back for updates. We also have highlighted some new beach clubs that are expected to open this summer. Once they announce their official openings, we’ll update this post with that information.

To see opening dates for bars and nightclubs that aren’t located at beaches, check our separate post Mykonos bar and club openings in 2022. 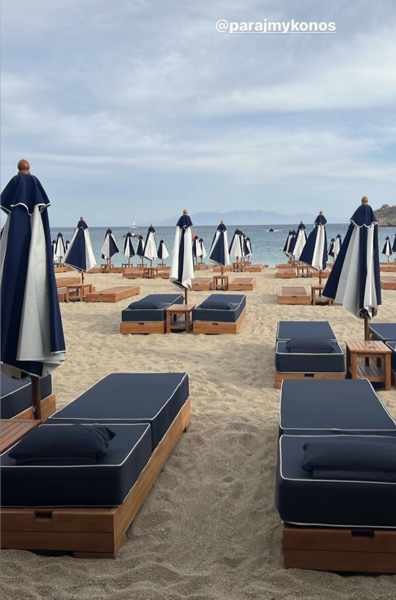 Paraj is a chic new arrival at Super Paradise beach. Paraj will boast a bar, a Mediterranean-Greek fine dining restaurant, and a fashion boutique. Opening day is set for May 7. 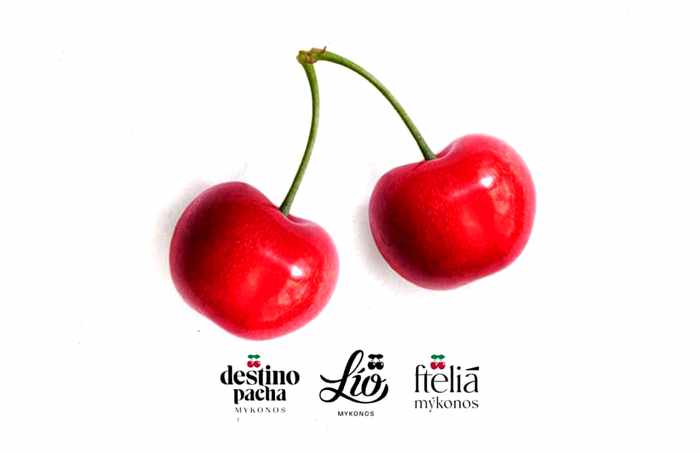 The Destino Pacha group, which last year opened  the Destino Pacha Mykonos Hotel near Agios Stefanos beach, and the Lio Mykonos live cabaret restaurant in Mykonos Town, is planning to open a beach club at Ftelia. 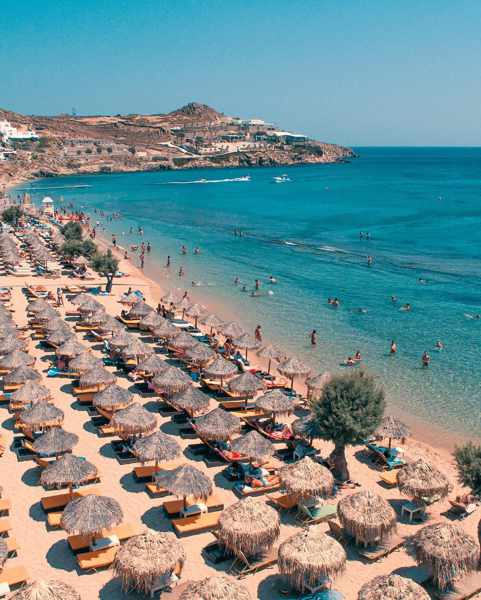 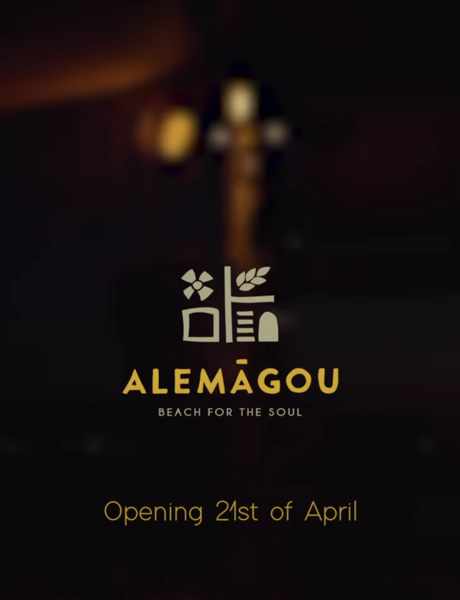 Alemagou beach club at Ftelia started its season on April 21 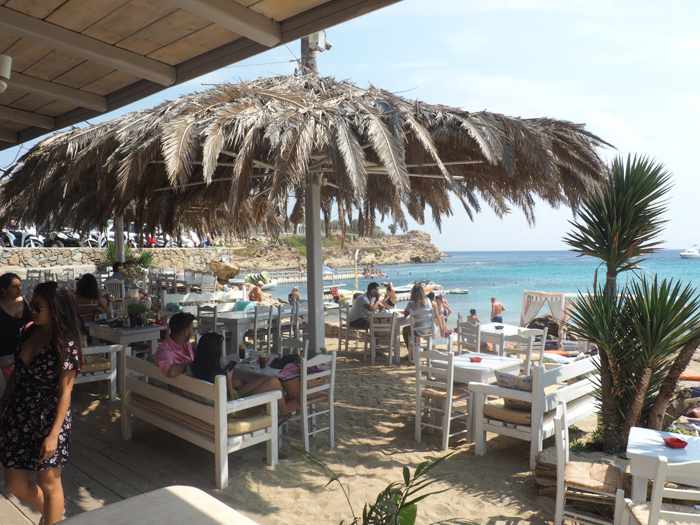 April 29 was opening day for Paraga Cafe at Paraga beach 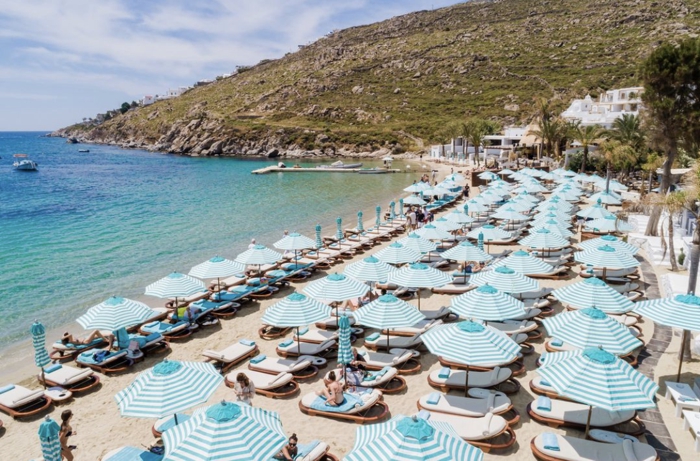 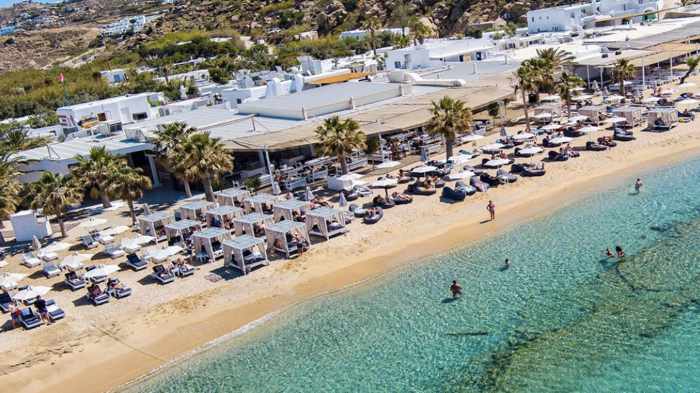 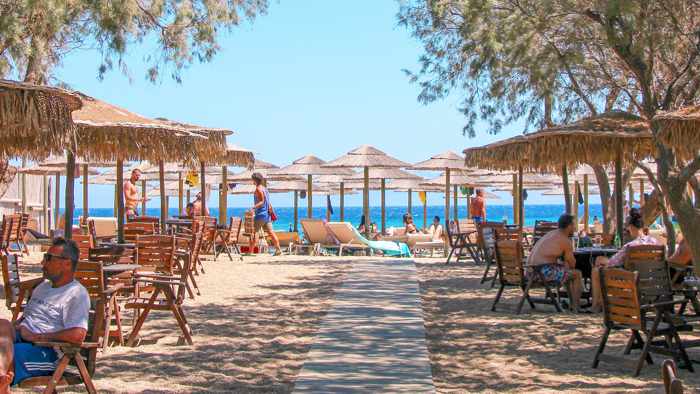 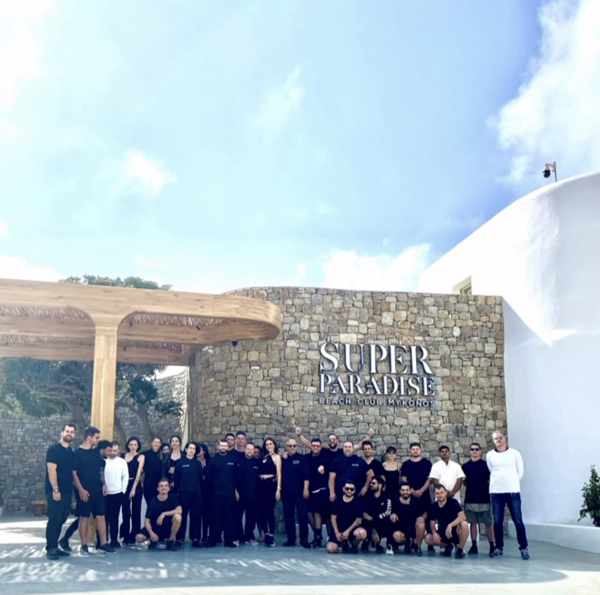 May 1 was  opening day for the freshly “renewed” Super Paradise Beach Club, which has been completely redesigned and rebuilt for the 2022 season 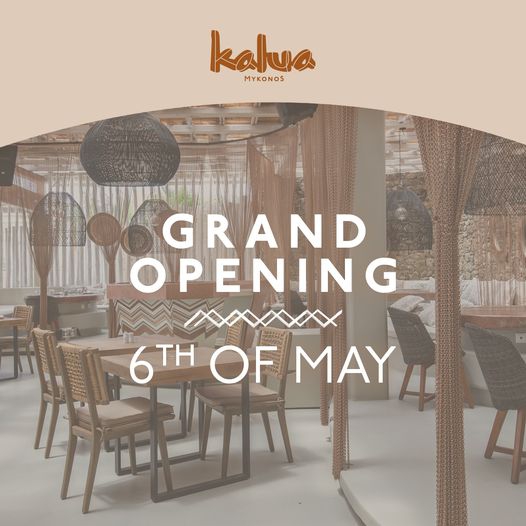 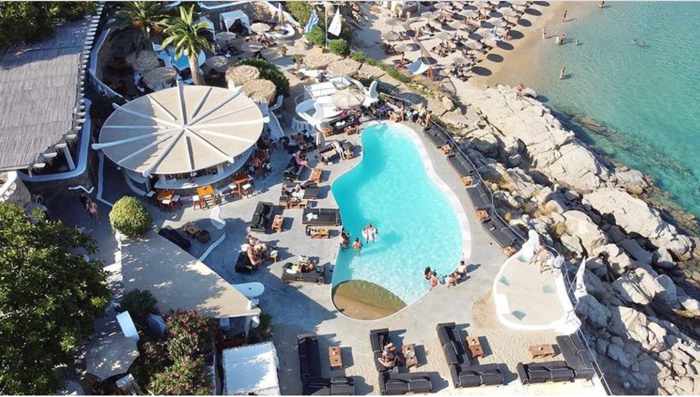 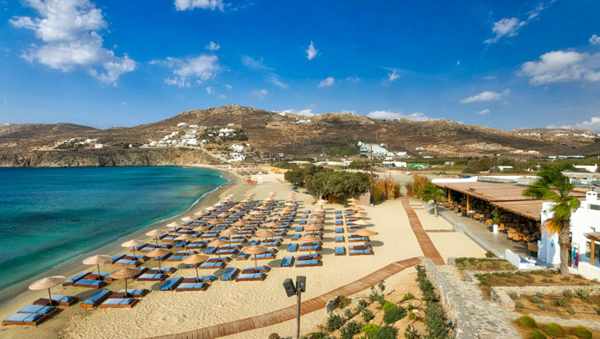 Solymar at Kalo Livadi opens on May 7

Scorpios is back for another season starting on May 8

The May 8 season opening event at Scorpios will feature music entertainment by Dennis Cruz, Jean Claude Ades and Lannka 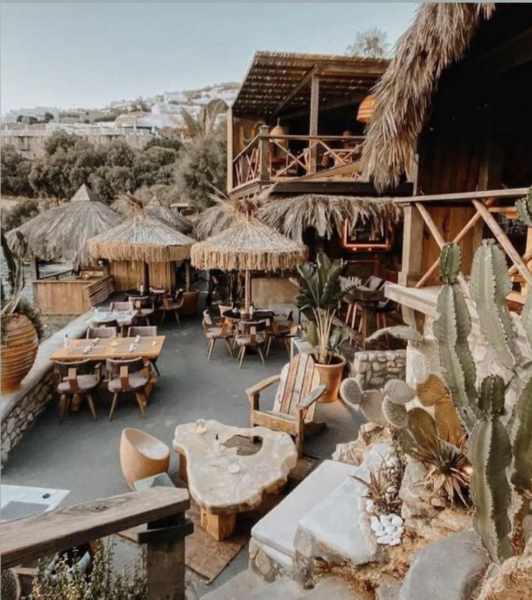 Tiki Mykonos, the waterfront bar and restaurant at Greco Philia Hotel at Elia beach, opened in early May 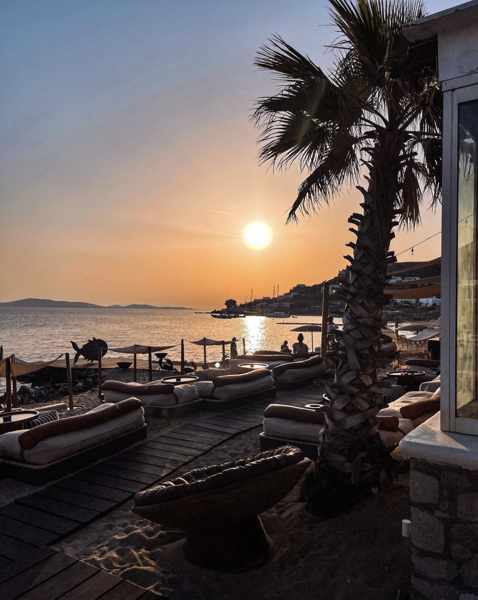 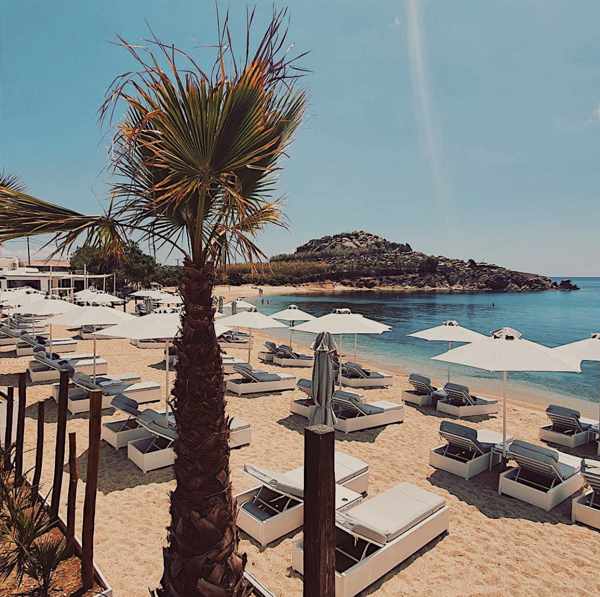 SantAnna beach club at Paraga beach opens on Monday May 16

On Monday May 16 at 10 p.m., Tiki Mykonos (the waterfront bar and restaurant of Greco Philia Hotel at Elia beach) will present Ethnic Soul, a session of live music entertainment by DJ Pantelis and clarient soloist Nick Saley 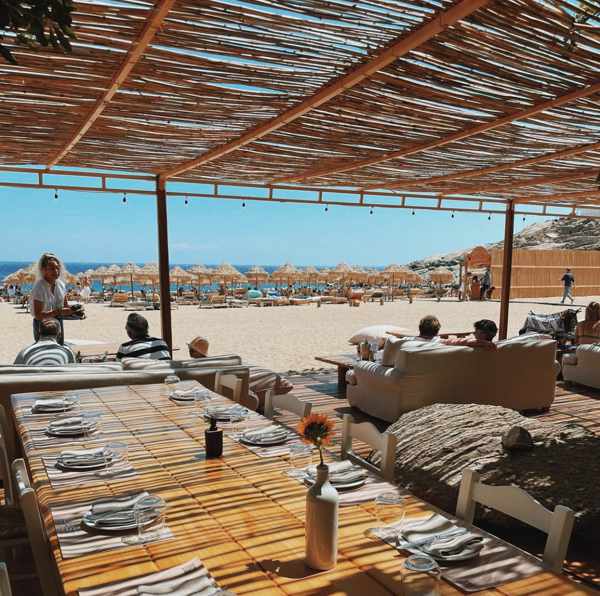 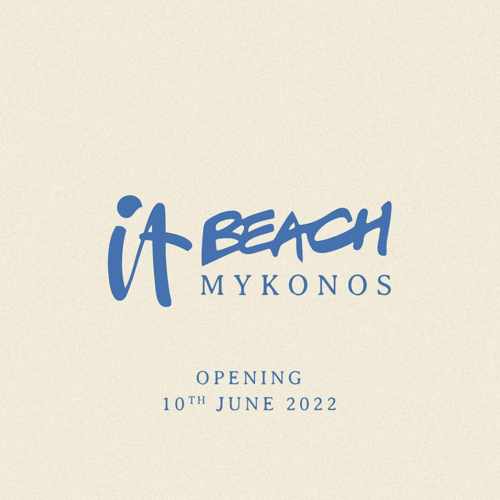 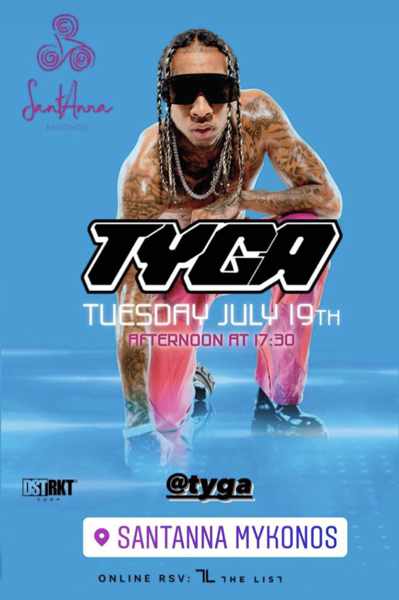 Tyga will perform at SantAnna on Tuesday July 19 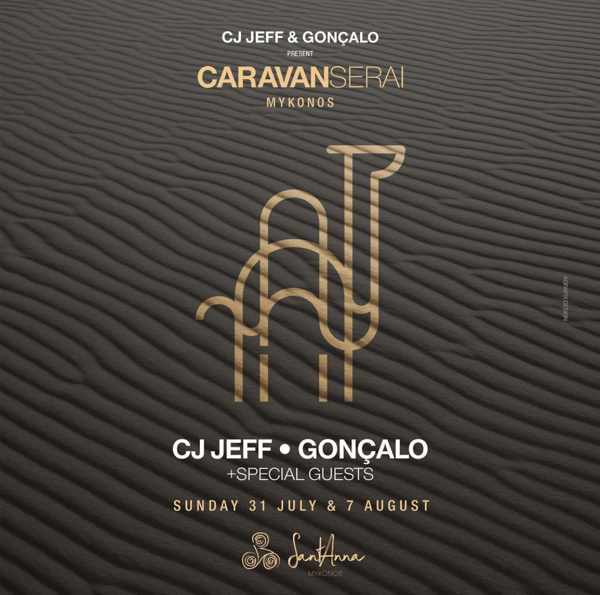 Caravan Serai will be hosting special party events at SantAnna beach club on July 31 and August 7, featuring music by CJ Jeff, Gonçalo and other international DJs