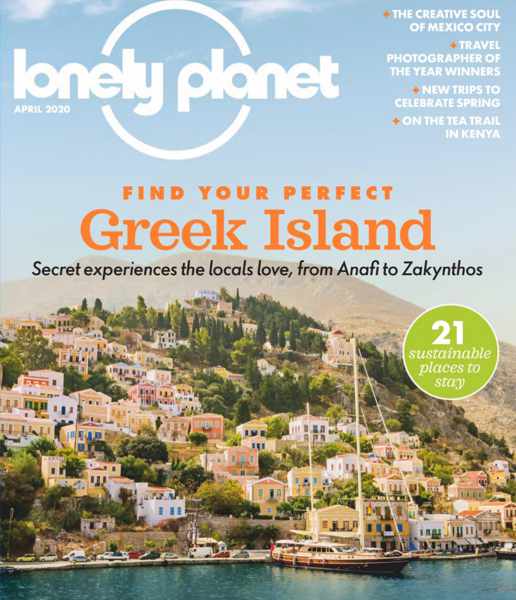 Island profiles: Wondering where to take a holiday in Greece if Covid-19 quarantines and lockdowns get lifted in time to permit a trip sometime during the summer or fall? If you think an island might be the best place to de-stress once the pandemic has passed, Lonely Planet magazine has some excellent suggestions for you to ponder.

The travel publication’s April 2020 edition spotlights a selection of 15 household-name and lesser-known isles in its cover feature, Find your perfect Greek Island: Secret experiences the locals love, from Anafi to Zakynthos.

“Here we outline the most original slow-travel experiences across the Aegean and Ionian Seas, from local festivals to hidden beaches — and beyond,” writer Oliver Smith explains in his introduction to the 12-page guide.

“Beyond the harbours and white-sand beaches of Crete lies a land rich in history and myth, home to deities and monsters from the Minotaur to the thunder-god Zeus himself. We embark on a quest to discover this island’s legendary legacy,” Christa Larwood writes in the article introduction.

Both articles are interesting reads, and the stunning photos that accompany them will certainly provide a welcome distraction from the ongoing coronavirus crisis.

If you can’t find the April magazine at a retail outlet or a library, you can order a copy or purchase a digital download for your tablet or smartphone directly from the publisher. 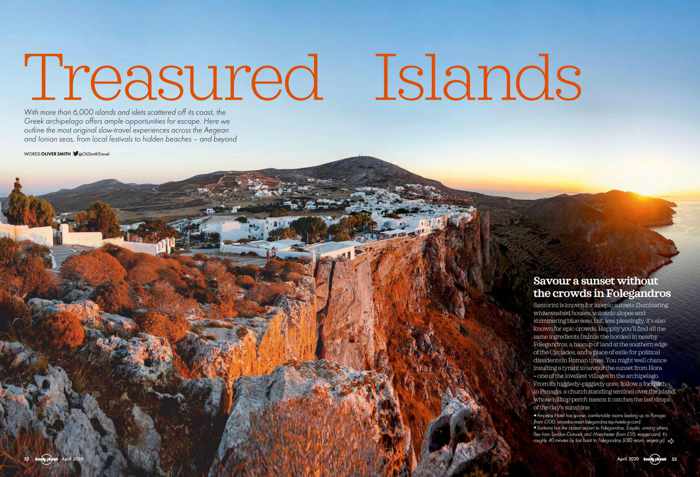 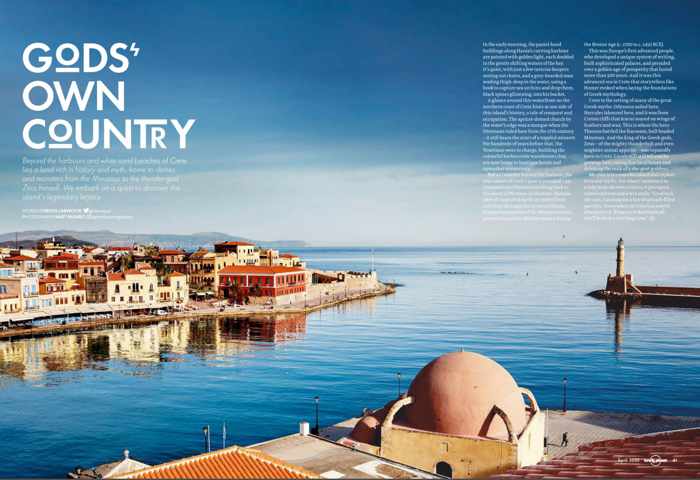 The feature article Gods’ Own Country takes readers on a journey across Crete, from the scenic seaports of Chania and Rethymno to the Samaria Gorge, the Palace of Knossos, and the Lasithi Plateau.

Thinking of taking a holiday on a Greek island in 2020, but aren’t sure where to go? To help you decide, the U.K.’s Conde Nast Traveller magazine has compiled a list of what it believes are the 23 best islands to visit (out of more than 200 possible choices).

Skiathos is described as the smallest but most popular of the Sporades islands, and as a favourite with families for its “baby powder-soft sandy beaches and laid-back vibe.”

“Lefkada’s main town, flattened by an earthquake in the 1950s, won’t take your breath away, but those famous cliff-backed beaches, Egremni and Porto Katsiki, sure will,” the article says of its second-place selection.

Meanwhile, “Paxos packs a big punch … for its electric blue sea and three dinky harbour towns, each one so pretty it’s impossible to pick a favourite,” Howard writes.

Her Top 23 round-up includes a scenic photo from each destination, two or three paragraphs of text describing highlight features and what each island is considered “best” for, and suggested accommodations.

Besides Lefkada and Paxos, the ranking includes:

♦ the Dodecanese islands of Rhodes, Symi, Astypalia and Patmos;

The online article concludes with a gallery of 16 photos showing scenes from some of the islands. Curiously, there is a picture from Andros, even though that island didn’t win a spot in the Top 23.

A much bigger blooper is the photo that purports to illustrate top choice Skiathos. The magazine’s photo editors mistakenly chose a picture of Elia beach on Mykonos instead of the Skiathos strand with the same name. Another photo boo-boo is a picture captioned as Petra beach on Patmos; the posted image actually shows Grikos beach.

Below are videos I’ve selected to give some additional photographic insight into the  islands that ranked in Conde Nast’s Top 3:

Meet Skiathos: Something for Everyone is a 6-minute film produced by Ionian & Aegean Island Holidays Ltd., the Greek National Tourism Organisation, and Ellie Patrikios

Lefkada island 4K is a 4.5-minute video published by bikisek1979

Discover Paxos is a 2-minute clip from Agni Travel