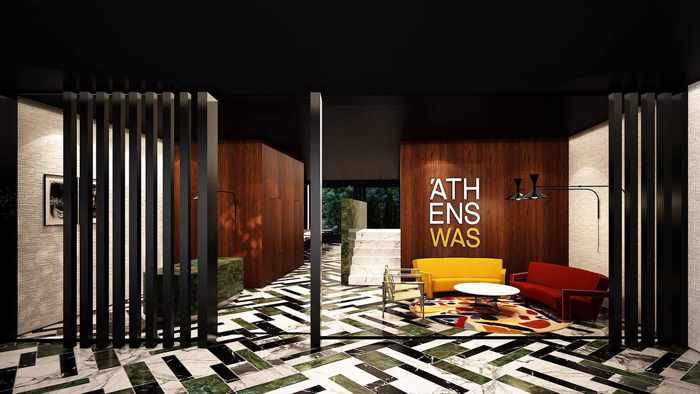 An image from the AthensWas Hotel Facebook page. The hotel is expecting to open its doors in early April.

New digs: A new “luxury design” hotel is preparing to open its doors next month on one of the top tourist thoroughfares in the historic center of Athens — the Dionysiou Areopagitou pedestrian walkway below the Acropolis.

The AthensWas Hotel is scheduled to open April 2. It’s the newest hospitality venture of the Anemi Hotels Group, which operates the luxury Anemi Hotel near Karavostassi port on Folegandros island.

AthensWas will occupy a completely refurbished neoclassical building at 5 Dionysiou Areopagitou, a pedestrian street that passes such iconic attractions as the Acropolis, the Parthenon,  and the Odeon of Herodes Atticus in the heart of the city’s monument-rich Ancient Athens district. The walkway — which is a hugely popular strolling route for Athenians as well as tourists — starts near Hadrian’s Arch and continues past the entrance to the Acropolis, where it becomes Apostolou Pavlou Street. From there it winds over to Ermou Street in the Monastiraki neighbourhood. (Click here to read a Visit Greece tourism article that provides more information about the pedestrian walkway and the attractions nearby.)

AthensWas Hotel quietly launched its Facebook page in February, but that contains only the hotel address, telephone number, and the image I posted above, which appears to be the reception lobby. Two days ago, the Anemi Hotel Facebook page announced that AthensWas will be opening April 2, and provided a link to the new AthensWas website, which includes photos and details of the features for its various rooms, suites, and facilities.

According to the website, the hotel’s lobby lounge restaurant will feature “traditional flavours from Greece, the rest of the Mediterranean, and Asia, but all of them remastered to chime with the concept of ‘all-day modern comfort food.'” Guests will enjoy “truly astounding” views from the rooftop bar and restaurant terrace, which will be open from May through October, weather permitting. “The Acropolis looks more magnificent from up here than from anywhere else, because it looks like it might through a magnifying glass,” the website says. The hotel will have a fitness room, meeting room and business center as well.

A banner on the website says “special launch rates” are now being offered; however, no further details are provided, and clicking on a “book now” button simply opens a contact form through which requests for further details may be sent directly to the hotel.

I emailed the hotel to request more information plus any available media photos of the hotel exterior, but I have not yet heard back. I will update this post when and if AthensWas does respond to my message. 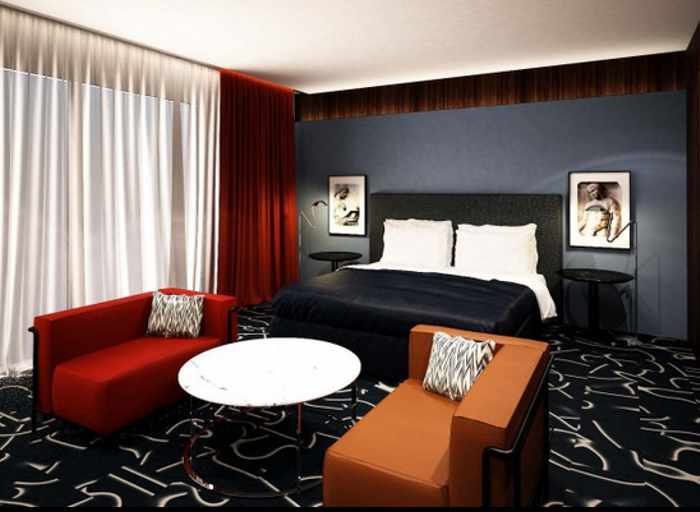 This image, from the AthensWas website, shows one of the suite interiors 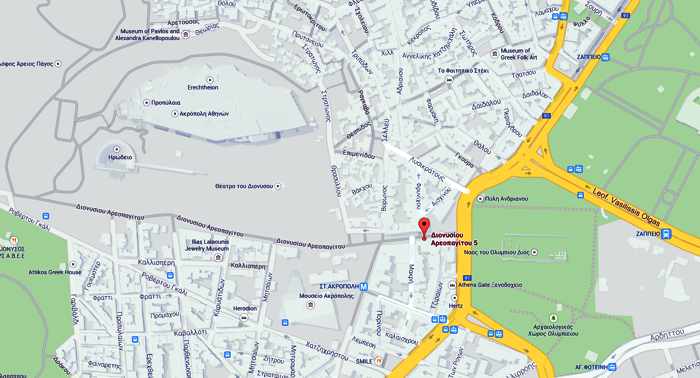 The AthensWas Hotel location is marked with the red symbol on this map from Google. The Acropolis, one of the world’s top historic and archaeological attractions, is shown in the upper left quarter of the map.

Athens, Hotel of the week, In the news, Luxury travel