Pic of the day: The Odeon of Herodes Atticus 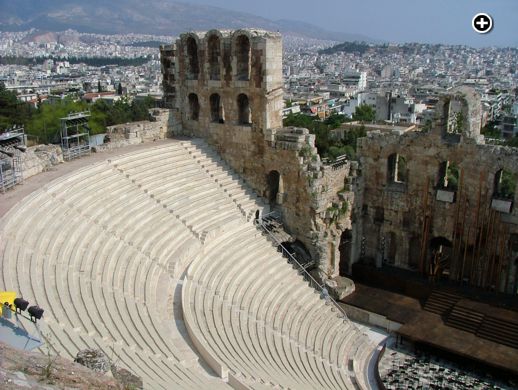 The city of Athens fans outward from The Odeon of Herodes Atticus theatre, situated on the south side of the Acropolis. Originally built in 161 AD, the venue had a wooden roof and could seat 5,000 people for music concerts. The seating and stage areas were renovated in the 1950s, and the open-air theatre now hosts theatre, music and dance performances for the annual Athens  & Epidaurus Festival, which runs between June and September.