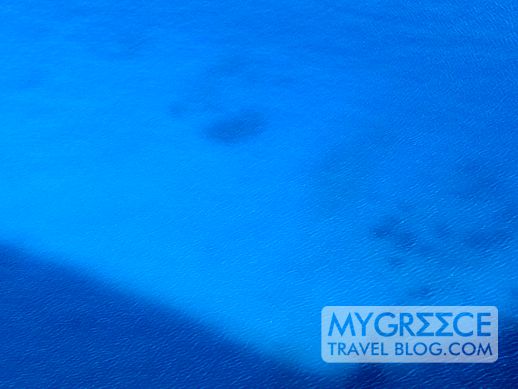 “The Big Blue” is a nickname that befits the breathtaking colours of the Aegean Sea off the east coast of Amorgos, below the Chozoviotissa Monastery … 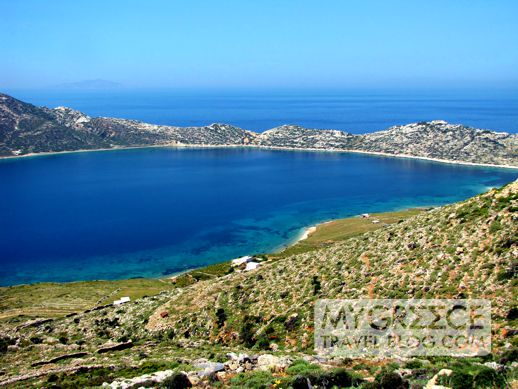 … but there are striking, vivid tones of turquoise and blue all around Amorgos, including Kalotyri Bay on the north coast off Nikouria Island (top) … 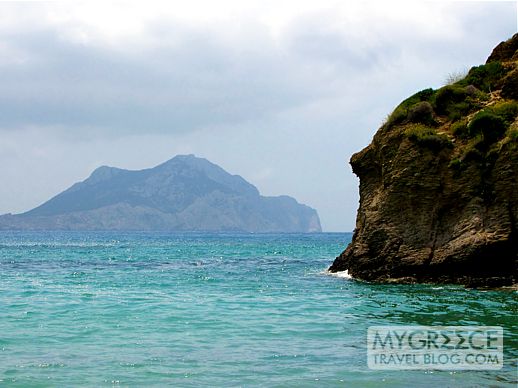 Breathtaking blues: I’m always surprised when I read online travel forums and see how many people seem to believe that Santorini is the only island in the Cyclades with spectacular scenery. Santorini is incredibly beautiful, there’s no doubt about that. And while it may be incomparable, it doesn’t hold a monopoly on drop-dead gorgeous landscapes and seascapes. I’ve been impressed by the scenery on Milos and Folegandros, too, and I’ve been absolutely awestruck by Amorgos. Or, as I sometimes like to call it, Ahhhh!morgos.