The valley above Aegiali

We left our hotel in Aegiali around 11 a.m., and started our valley hike in a counter-clockwise direction, heading uphill to the village of Langada. From there we wound our way across the upper slopes of the valley following donkey tracks, cobblestone paths and narrow dirt trails, passing the tiny 12-house settlement of Stroumbos and the Church of Panagia Epanohoriani before reaching Tholaria village around 3 p.m. We relaxed with a drink on a taverna terrace in Tholaria before making the downhill trek to Aegiaili and returning to our hotel shortly past 5 p.m. (I’ll write about the hike in greater detail another time.)

I’ve also included some panoramic photos of the Aegiali beachfront, as well as nearby Nikouria island.

To view the larger images, simply click on each photograph to make the bigger picture “pop” open on your monitor. Click the “x” at the top right corner of each large photo to close the picture and return to the blog. (Note: Since the panoramics are composed of several images “stitched” together by the camera, you will notice the places where the separate pics were joined up.)

Looking toward Aegiali Bay from a point about two-thirds of our way around the valley. Some buildings in Tholaria village are visible at the far right side of the photo.

This wider panoramic view, from the same spot as the photo above, takes in a huge swath of the valley, Langada village, and the bay beyond. A large rocky crag blocks part of the view in the center of the photo. 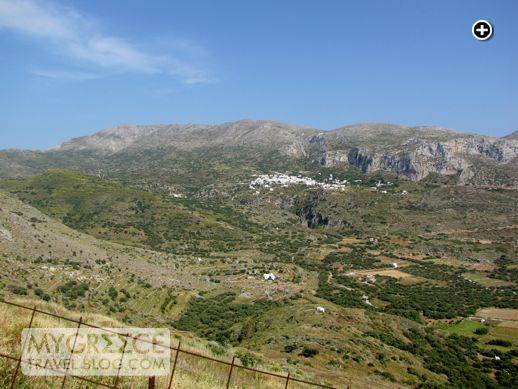 A view of the valley, Langada and mountains above the village. Several hiking trails lead to various locations beyond Langada. Our photos are from the easiest walk of the bunch. 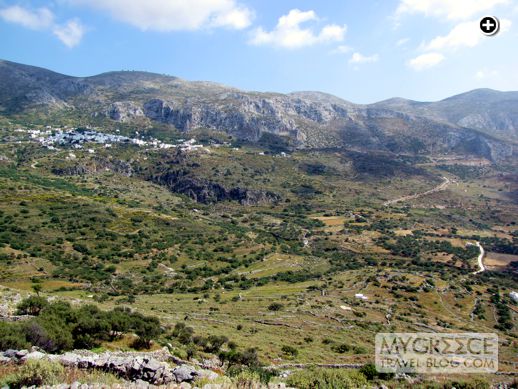 Looking across the valley toward the gorge below Langada village 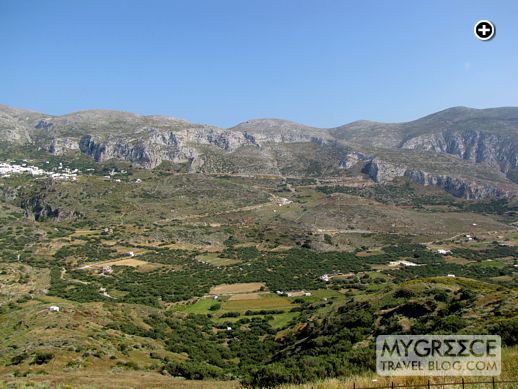 Farms in the lower valley area below Langada. The road that zig-zags down the valley from Langada to Aegiali is visible in the upper center section of the photo.

A nice wide view of Langada and the valley. This is my favourite photo from the hike. 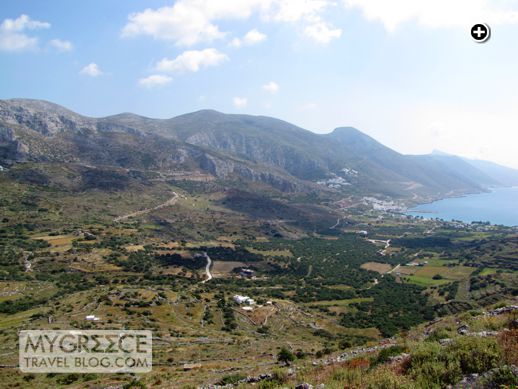 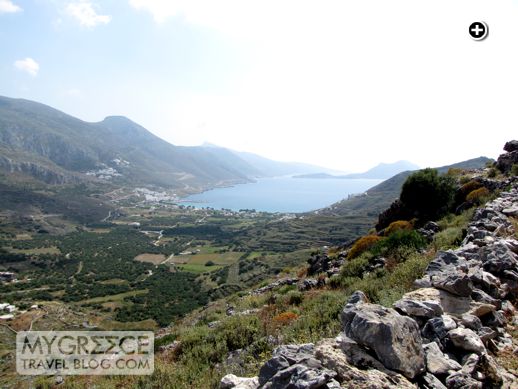 A wider panoramic view from the same location, not far from Tholaria 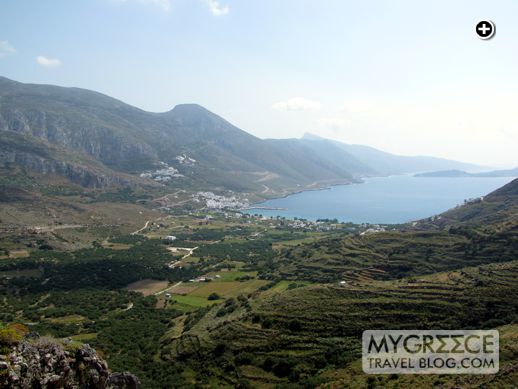 Terraces create a pattern on the wide hills below Tholaria. There’s a better view of Aegiali and the Potamas villages from this point. 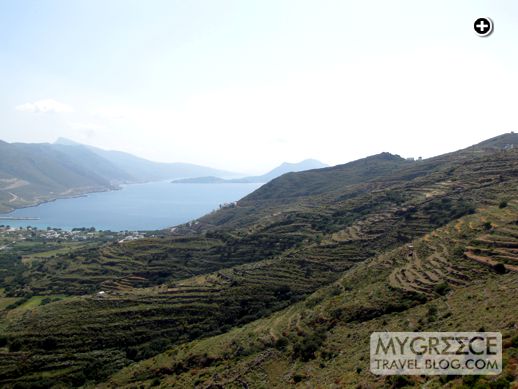 Another view of the terraced hillside below Tholaria

Wider panoramic view of the two Potamos villages and the port town of Aegiali at left, the bay in the center, and the terraced hillsides below Tholaria 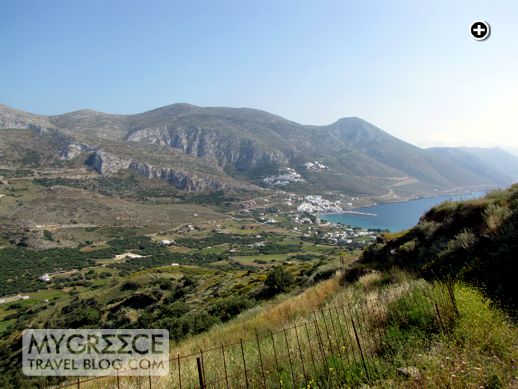 A view of the beach from the opposite direction

Tholaria village can be seen high up the mountain in the center of the photo. The Aegialis Hotel is the complex of white buildings partway up the hill on the left side of the photo. 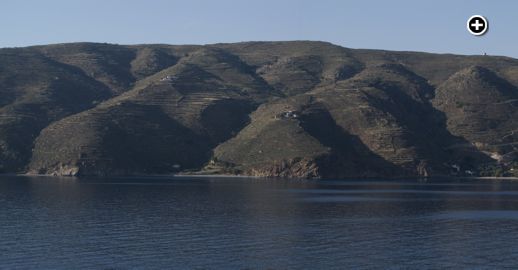 The north coast of Aegiali Bay. There are several beaches here, which can be reached on foot by hiking paths or on shuttle boats from Aegiali. 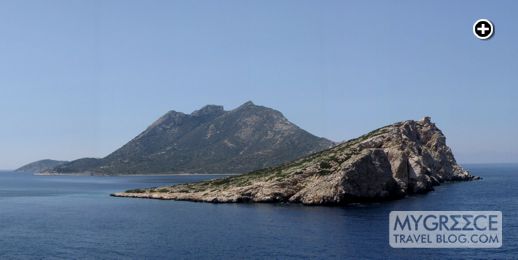 Nikouria Island, viewed from a point on the road from Aegiali to Chora

Getting a wider perspective of Chora on Ios