Beach parties on Mykonos during summer 2014 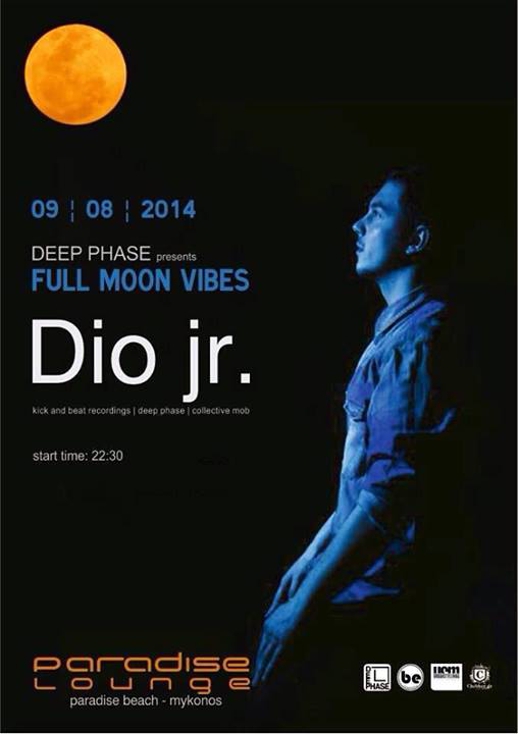 The Paradise Lounge bar and dance club at Paradise beach will be celebrating the August full moon with a Full Moon Vibes party on August 9. Dio jr. will be headlining the event.

[Editor’s update: Information about August events has been added to this report, which originally was published in May. Scroll down to view promotional flyers for the August parties at the two big Paradise beach clubs (Paradise Club and Cavo Paradiso) as well as for events at other beach venues.]

Event announcements: The 2014 party scene on Mykonos is starting to take shape as the island’s top beach bars and clubs gradually announce dates for special summer events as well as details about the DJs and headline entertainers who will be appearing at their venues.

Cavo Paradiso, Paradise Club, Nammos and Solymar have already posted some party announcements on their respective websites and Facebook pages, and other Mykonos beach venues should be releasing their summer schedules soon.

Please click on the number 2 on the link below to read a roundup of events and DJs confirmed so far.

A full moon over Santorini